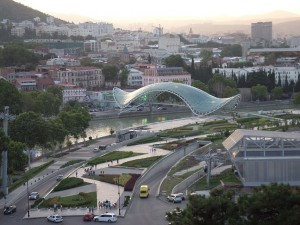 Most investors, particularly those who live in developed markets, probably aren’t aware of the influence emerging markets have on the global economy. I’m not just talking about China or just about governments. More and more large corporations are headquartered in emerging markets, a trend that I expect to continue. In addition, more of those companies that are located in emerging markets are also joining the ranks of the top companies in the world. In fact, some might be surprised to hear that some of the world’s largest initial public offerings (IPOs) have been in emerging markets.

I recently came across an interesting report from the McKinsey Global Institute that predicted by 2025, emerging market economies’ share of Fortune Global 500 companies will likely jump to more than 45% from only 5% in 2000.1 Today, three-quarters of the world’s 8,000 companies with annual revenue of $1 billion or more are based in developed economies. However, according to the report, in a little more than a decade, an additional 7,000 companies around the world could reach that size and 70% will likely come from emerging markets.2 This is quite a dramatic shift in global corporate power! And, it has interesting ramifications that I think investors would be remiss to ignore.

IPO activity has been on the rise in emerging markets during the past few years, expanding opportunities for global investors, although a prolonged halt in new issuances has stalled mainland China’s IPO market this year. In the first half of 2013, the largest IPO was not in a developed market such as the US, the UK, or Singapore; it was in Brazil, raising more than US$5 billion.

Emerging market equities have taken a larger share of the world’s market capitalization than most people realize, representing about 35% of the overall market.3 I think many investors are missing out on some attractive investment opportunities if they fail to expand their investing horizons and recognize these trends. The financial and debt crises in the US and Europe starting back in 2008-2009 gave emerging markets the ability to capitalize on new merger and acquisition (M&A) opportunities. Since the crises, a large part of the recovery in the US and Europe was financed by deficit spending and funded by sovereign debt, which remains a concern in those regions. In contrast, many emerging markets were in much better fiscal shape, having learned the lessons of past crises of their own. Emerging markets have generally higher levels of foreign exchange reserves than economies in developed markets, and thus may not need to incur additional debt to stimulate their economies. Flush with cash and looking to buy market share and the latest technology, many emerging market companies have been making key acquisitions, from automakers to movie theaters. It’s no surprise China is trying to get a hold of oil and gas in particular. Given the projected growth of its economy, an increase in fuel is anticipated, and China’s leaders have been recognizing that by making some key energy acquisitions in the past few years. Below you can see where China has been investing. Emerging market companies can have an advantage over companies in developed markets in regard to M&A activities, often receiving government backing. Many of these new potential global players are providing quality products at a lower cost. The total number of transactions in which companies from emerging markets acquired developed country companies has been increasing. Between 1997 and 2003, companies based in emerging economies engaging in cross-border investment through M&A deals represented 4% of all global M&A investment over the period, but in 2004 – 2010, that figure rose to 17% of the world’s total.4 In 2011, some 20% of the majority acquisitions (that is, requiring a majority stake in a company) between developed and emerging countries were initiated by companies in emerging countries. While M&A activity generally has been soft this year, I anticipate an upward trend could continue, with emerging market companies likely to remain key players.

As global corporate power rises in emerging markets, cities that many investors today couldn’t even identify on a map could become the investment hubs of the future. And with that expansion could come more jobs, higher incomes, and a host of other benefits in those places.

All this activity has also resulted in a dramatic leap-frogging of technological advancement in some emerging economies. These economies are adapting the latest technological advances from developed countries, but more quickly. For example, in Kenya, less than 3% of Kenyan households owned a telephone in the late 1990s; by the end of 2011, 93% of households owned a mobile phone.5 Many consumers there likewise lacked bank accounts, and bank branches were scarce and hard to get to. But with the adoption of mobile banking, there is little need to build a physical, large network of bank branches. The M-PESA system, introduced in 2007, is arguably the most developed mobile payment system in the world today, and this concept is quickly spreading to other countries. The “M” stands for “mobile,” while “pesa” is Swahili for “money.” This mobile-phone based money transfer and micro-financing service has truly revolutionized financial transactions, and some 73% of Kenyans are mobile money customers.6 Money can be transferred or withdrawn via a code. Kenyans can even pay taxi drivers via the system.

I think these types of developments are simply amazing and lead to increased productivity, which of course supports economic growth. And, generally speaking, stronger economic growth in a country is good for companies there, too. In my view, the countries that are getting it right are letting private enterprise grow and thrive. Our team is excited about witnessing the birth and growth of these potential emerging Fortune 500s of the future.

As the late Sir John Templeton said, “if you search worldwide, you will find more and better bargains than by studying one nation.”