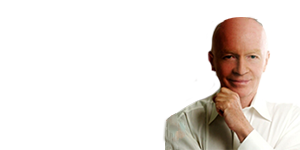 Investing in a multitude of markets and companies as we do within the Templeton Emerging Markets Group means that at any given point in time it may appear to some that they are underperforming or outperforming any particular benchmark index or market. Such is the nature of global financial markets. Of course, we’d like all of our investments to go straight up, but at the same time continually like to find new bargains for investors. So having all stocks in a given market all go up is not necessarily a good thing when you are looking for values. In addition, we recognize that sometimes conviction is required to weather short-term setbacks when we believe a long-term investment case can be made for a particular stock. We embrace those setbacks as opportunities to snap up potential bargains. Unfortunately, many investors today seem to lack patience, and may be losing patience with some emerging markets in Asia this year— China is perhaps the largest case-in-point.

From a macroeconomic viewpoint, our optimism for Asian markets’ strong long-term potential is based on three main factors. First, when compared with developed markets generally, Asia’s emerging markets have had higher rates of historic economic growth, and growth expectations for the year ahead are generally higher as well. The International Monetary Fund (IMF) projects growth in developing Asia of 6.5% in 2014, compared with 2% in developed markets generally.1 Since 1999, the region has seen strong growth even in 2009 when developed markets fell into recession, as you can see in the chart below. The second factor is the high level of foreign reserves we generally find in emerging markets in Asia, which exceeds developed markets in general. Strong public and private finances reinforce the underlying potential from economic growth. The third factor is that generally, debt levels in Asian emerging markets are much lower than those in developed markets.

In spite of what we generally consider to be their strong fundamentals, emerging market equities have generally been trading on lower valuations recently than developed market equities, while offering similar dividend yields. As of 31 October 2013, the 12-month forward price-to-earnings ratio of the MSCI AC Asia ex-Japan Index was 11 times, versus 14 times for the MSCI World Index,2 which means that investors potentially can buy more earnings at a lower price in these Asian emerging markets.

Additionally, emerging Asia’s demographics are generally more favorable, with many young people entering the work force. In most of the developed world, the proportion of the population at or nearing retirement is rising quickly. These advantageous demographics could have particular significance for consumer sectors. For example, as Asian consumers grow wealthier, their demand for passenger cars and other consumer products could be expected to rise. Per capita car ownership in huge markets such as China and India is a fraction of that in developed markets. Bringing Chinese and Indian car ownership up to current US levels could require almost a billion new cars to be produced. It’s only one example of the significant potential we see in these markets. The Virtue of Patience

As bottom-up stock pickers, we focus on individual companies. We have identified many companies that may be in weaker markets but that we think are doing the right things, including cost-cutting, streamlining operations and engaging in M&A activity. Many emerging market companies have been acquiring targets not only in other emerging markets but in many developed markets as well. Other investor-friendly policies include share buybacks, increasing dividends, improving corporate governance standards, and so on.

We are long-term investors and focus on five-year horizons. We are patient enough to wait for the market to potentially recognize the true value of a company. We will not sell a holding simply because it is temporarily out of favor with the market. We will only consider selling a stock if one of the following occurs:

• The current security price exceeds our estimation of full value

• A fundamental change occurs at a company to alter our forecasts

Despite what we think are positive long-term fundamentals, performance in China’s domestic equity market has been disappointing this year. Many are fixating on slowing growth, but certainly, China’s expected growth rate of 7 – 8%3 this year still looks impressive to us, particularly considering the base of the economy has grown dramatically over the past decade. And, it is to be expected that China’s growth would slow as its economy grows and shifts to a domestic-led model in the future from an export-driven one in the past.

It seems the market has been placing too much emphasis on China’s short-term economic data releases. In September, the economic data flow failed to sustain the very buoyant signals seen in July and August. Export data were somewhat softer, while industrial production and fixed asset investment growth slowed a little. Toward the end of October, once again, the People’s Bank of China chose not to inject liquidity to ease a seasonal tightening in interbank liquidity, and Chinese interbank lending rates moved higher, which also served to dampen market sentiment. However, domestic consumption remained buoyant, while data on power consumption and metal imports suggested that activity remained elevated. China’s third-quarter gross domestic product (GDP) growth at 7.8% year-on-year showed an acceleration on the second-quarter pace.

Nearly all emerging markets took a hit this summer amid speculation the US Federal Reserve Bank (Fed) would soon begin “tapering” its prolonged asset purchase plan, which had pumped large amounts of liquidity into the markets globally. When you hear about this “tapering” of the Fed’s $85 billion monthly bond purchases, it’s important to understand the facts. Tapering isn’t the same as tightening. The Fed-fueled liquidity already pumped in is still working through the system. Additionally, Japan and other global central banks are printing money, adding to the pot.

Indonesia and India are two countries that were severely affected by Fed taper concerns, since these countries need these funds to finance their relatively higher current account deficits. In the case of India, some policy missteps there have also weakened investor sentiment. We think there is still potential in India and are hopeful its leaders can turn the ship around, but we think they are moving too slowly. In our view, there is too much bureaucracy, and the barriers to investment in India are still too high.

However, our view on Indonesia has not changed, despite some panic selling in its market this year. We were and remain positive on the market there due to what we view as the country’s strong long-term fundamentals, and we continue to search for opportunities on an individual basis, looking for undervalued Indonesian stocks. Indonesia’s leaders have recognized the need to revitalize their economy, and have announced plans to allow foreign investment in airports and ports, a positive step. We anticipate further efforts to facilitate foreign investment.

We can’t predict the timing or magnitude of market ups and downs, but one thing we do know: market volatility is here to stay. Our focus is on searching for value where we see long-term potential when others may have lost faith, and then hold on for the ride.

2. Source: MSCI. MSCI makes no express or implied warranties or representations and shall have no liability whatsoever with respect to any MSCI data contained herein. The MSCI data may not be further redistributed or used as a basis for other indices or any securities or financial products. This report is not approved, reviewed or produced by MSCI. Indexes are unmanaged, and one cannot invest directly in an index. Past performance is no guarantee of future results.