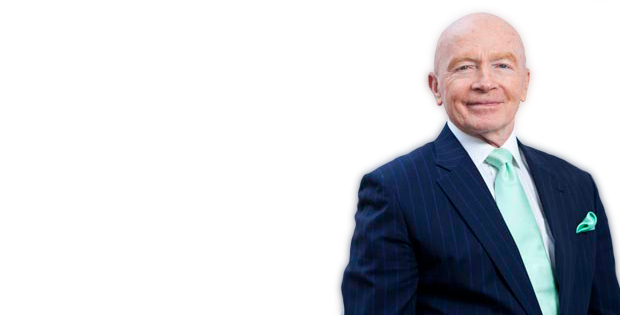 In February, the winter Olympic Games brought athletes from around the world together in Russia, but in Ukraine, Russia’s neighbor to the southwest, the story has been one of division. Violent clashes between pro-EU (European Union) protesters and government forces in the past few months have focused the eyes of the world on the former-Soviet state after (now former) President Yanukovych had refused to sign an Association Pact forging closer ties to the EU and decided instead to accept funding from Russia. These incidents are extremely tragic, and we sympathize with the people there during this time of chaos. We are watching developments closely as they unfold, including the most recent tensions in the Crimean peninsula. While it’s impossible to determine how the situation will play out, as an investor, I believe Ukraine’s strategic importance to both Russia and the EU could help ensure its survival, its solvency—and its potential long-term success.

Ukraine today is clearly at a crossroads, and its market has been volatile. We expect ongoing noise and political tensions will continue there for a while. Central power in Ukraine is in disarray while, in many regions, local governors have either resigned or have effectively stopped managing their territories due to uncertainty in the capital city of Kiev. Ukraine’s parliament (Rada) has wasted no time proposing new legislative reforms, including one to limit presidential powers. Speaker Alexander Turchinov is serving as acting president until elections are held in late May.

While the opposition has taken control, the country is fairly divided between east and west and between views of whether it should move closer to the EU or closer to Russia. That divided view among the Ukrainians is expressed in the political rhetoric and, unfortunately for the people there, I don’t think there’s going to be a quick solution. You can see the political dividing lines in Ukraine drawn in its electoral map; the parts of the country oriented farther westward, toward Europe, have been the areas where the most fervent protests have taken place. Closer to the Russian border on the east, you’ll find more Russian-speaking Ukrainians, and more support for the more pro-Russian policies of former President Yanukovych.

As long-term investors, my team and I continue to be interested in Ukrainian equities where we see opportunities on an individual company level. Looking past the headlines, it’s important to remember that Ukraine offers Russia access to its only naval seaport on the Black Sea, it has gas pipeline access to Europe, and it is considered Europe’s breadbasket. Ukraine is geopolitically one of the most important countries in Eurasia, and, assuming the country doesn’t break apart, I think it will need to use diplomatic skills to maintain friendly relations with Russia while also opening to the West. Another Soviet-bloc country and neighbor to Russia, Georgia, represents an example in this regard. Russia still holds influence there, but Georgia is forging its own path, as I wrote about in a post in December.

While global escalation of the current conflict remains a possibility in Ukraine, we think this is unlikely as it is in the interest of all parties to have a unified and stable Ukraine. There are four sources from which financial support for Ukraine could come: the EU, the US, Russia and the International Monetary Fund (IMF). Amid an escalation of conflict, Russia has suspended its financial aid package, which had been keeping Ukraine solvent. The EU might come through with some aid, but it will probably not be close to what Ukraine needs. Also, European aid could come with considerable delays due to procedures in the EU. The United States could also offer aid, but probably not the entire US$15 billion-plus sought by the Ukrainians. It seems to me that the IMF would be the only realistic option. We cannot rule out a possibility that the IMF could soften its conditions for release of a new tranche of aid now, particularly when (as we suspect) the EU and the United States have asked, or will ask, it to. This option could also suit Russia. Ukraine has to repay about US$8 billion on its debt this year, and the next large payment is scheduled for June. The Rada’s decision to call new presidential elections on May 25 could also have been influenced by this timeline.

The situation in Ukraine remains confused, but it seems that Russia on the one side and the US and the EU on the other, do not want a military confrontation. As we see it, Russia certainly does not want an unstable government in Ukraine and the EU certainly does not want it in view of the enormous amounts of gas that are pumped to Europe from Russia to Ukraine. For these reasons, it is no surprise that Russia has moved back from an armed conflict by having the Russian troops on the eastern Ukraine border retreat back to base. President Putin also held out the possibility of recognizing the winner of the May presidential elections as well as participating in a multilateral program for the country. Factors tempering Russia’s behavior in Ukraine have been the big decline in the ruble and the Russian stock market since the conflict began to escalate, a confirmation that Russia is subject to international pressures. Russia needs to attract foreign capital and the Ukraine situation will likely impact flows, so their actions will likely need to be measured, in our view. The important point is that Russia now has de facto control of Crimea and has stated that it would intervene militarily in eastern Ukraine if asked by the local Russian-speaking population.

Overall, because of the intense interest from Russia and the West, we think Ukraine will not likely be short of finances from either or both sides, if the new leadership is able to act wisely and diplomatically.

We will be watching developments in Ukraine closely, and are hopeful for a peaceful resolution. We are also hopeful that we’ll see a quite different Ukraine story in a few years—and that it will be a much more positive one.