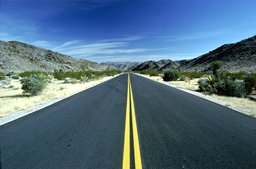 Many investors had high hopes for Mexico’s market this year given an improving global economic outlook and a slate of planned domestic reforms, but some of the enthusiasm seems to have faded and economic growth has been subdued there year-to-date. I have faith in Mexico’s future, even though there are likely to be a few short-term bumps as Mexico’s reform efforts continue to be implemented—and some challenged. I’ve invited a member of my team based in Mexico City, Rodolfo Ramos Cevallos, to share his insights on our investment outlook for Mexico and the potential opportunities we see there.

We believe there was a reform euphoria being priced in equity markets in Mexico in the last couple of years, notably in 2012, when Enrique Peña Nieto won the presidency and outlined an ambitious agenda of sweeping changes, many pro-business. His “Pact for Mexico” managed to drive through a number of structural reforms that had proved intractable for decades.Most people agree that, overall, these reforms are likely to have a positive impact on the Mexican economy in the long run. However, in the short term, some reforms could have an adverse effect, including higher tax rates that are likely to hinder consumption as they are assimilated. Another reform that is expected to have a short-term negative impact on parts of the economy is telecom reform; it may create adverse conditions for mobile communications operators.

In our opinion, the suite of reforms currently underway in Mexico offers the potential to shift the economy to a new growth path and provide a positive example for other countries. Opposition to reform from vested interests in Mexico is inevitable, but we believe persistence could bring potentially significant positive outcomes, both for the country’s people and for investors.

We think the most exciting reform in Mexico to date is the liberalization of the energy sector. The most difficult part of the approval process was a Constitutional Amendment, which was completed last year. Congress is currently debating the secondary legislation; this legislation, together with the later-to-be published standards, will give further detail on the reform implementation.

Over the last few months, we have had an opportunity to meet with different companies in Mexico and elsewhere in the Americas in the energy sector (among others), including exploration and production companies, as well as energy regulators. All these players are eagerly waiting for the legislative process to conclude so they can participate in what could turn out to be a great opportunity. It is clear to us that energy sector reform could be the most important development in Mexico since the adoption of the North American Free Trade Agreement (NAFTA) 20 years ago, and we continue to closely monitor any new developments. We believe successful implementation could lead to a positive spillover effect into the broader Mexican economy in the next few years.

Despite weakness in Mexico’s stock market thus far in 2014, many investors have remained at least somewhat positive; its market has been trading at a valuation premium to many other markets in Latin America, according to our analysis. In the short term, investors seem to have become more cautious on the timing of an economic recovery. Last year was very challenging, with economic activity coming in well below what many forecasters were expecting, partially due to adverse weather, lower government spending, financial distress at three of Mexico’s largest homebuilders and the uncertainty from Mexico’s fiscal reform, among other events. GDP growth came in at a mere 1%1 in 2013. Some investors are concerned that a pickup in economic activity will continue to be delayed and 2014 economic growth could again disappoint. The International Monetary Fund (IMF) currently expects GDP growth of 3% this year.2

Mexico’s fiscal reform had an impact on companies and individuals alike. At the end of 2013, prior to the implementation of the tax reform, we saw a high level of uncertainty among corporations and many of them stopped investing and hiring. Now a quarter into 2014, and with companies already operating under the new fiscal rules, we are more comfortable with many companies’ ability to cope with higher taxes. On the consumer side, there were excise taxes levied on sugary drinks and foods with a high caloric content, among other items, which had a negative impact as Mexico ranks among the highest in the world in terms of soft drink consumption. Additionally, higher-earning individuals saw their income tax rate increase. In spite of these tax hikes, we believe consumer spending should be able to recover toward the second half of 2014 as we begin to see more clarity regarding the new rules and, we hope, the overall economy picks up.

Our Investment Focus and Process

As Mexico is currently one of the countries in Latin America with the lowest banking penetration, companies in the financial sector present attractive potential opportunities to us. We believe the financial sector to be a good proxy for the overall economy and also a good vehicle to obtain exposure to potential growth in consumption. We expect the sector could continue growing and operating at attractive profitability levels.

The mining sector is another area that we follow closely. Even after accounting for recently implemented royalties, we believe there are low-cost producers with interesting production growth profiles in base and precious metals.

Meeting management and visiting companies’ operations are an integral part of our investment process. We also talk to regulators, customers, suppliers and competitors as a reference check. This process has proven critical, especially when trying to assess the impact of the various reforms including telecom, financial, fiscal and energy reforms. Companies we speak to appear to willingly take on the challenges and opportunities that these regulatory changes bring, and they are focusing on the variables they can control. We also look for companies that clearly and promptly communicate with investors and that have good corporate governance practices. [perfect_quotes id=”5122″]

Security concerns are valid in Mexico, and it is an issue that should continue to be addressed, in our view. It has been hard for us to assess the extent of the problem, since there have been cases of retaliation from drug cartels against media outlets in recent years. However, these issues have been concentrated in border cities with the United States and two states in southwest Mexico. For example, life in Mexico City, and in other large cities, has largely been business as usual. The current administration has been closely working with the United States in the apprehension of several high-level drug cartel leaders. While we continue to see acts of violence in some areas in Mexico, we expect bilateral cooperation with the United States to continue to try to tackle this problem.

Mexico is a challenging market because investor expectations are generally high but, at the same time, the country is experiencing weak economic growth. Historically, Mexico’s growth has been unexciting, averaging less than 3% over the last 20 years.3 President Peña Nieto’s new administration is trying to achieve higher sustainable growth rates by improving the country’s political and economic institutions. These changes are expected to encourage innovation, give entrepreneurs access to credit, increase competition in key sectors and make the political system more pluralistic, among other benefits. We are optimistic that at least some of the administration’s lofty goals and reforms can be achieved, and we believe improving economic trends in the United States, Mexico’s neighbor to the north, could also offer added support. These are a few reasons why we are enthusiastic about Mexico’s long-term outlook.

Dr. Mobius’ and Rodolfo Ramos Cevallos’ comments, opinions and analyses are for informational purposes only and should not be considered individual investment advice or a recommendation to invest in any security or to adopt any investment strategy. Because market and economic conditions are subject to rapid change, comments, opinions and analyses are rendered as of the date of the posting and may change without notice. This material is not intended as a complete analysis of every material fact regarding any country, region, market, industry, investment or strategy.