When your territory spans hundreds of countries on just about every continent and time zone, the importance of teamwork cannot be underestimated. I am extremely fortunate to have the support of a tremendous team of more than 90 professionals currently in the Templeton Emerging Markets Group, including 50 analysts and portfolio managers, spanning 18 markets and speaking 24 languages. I couldn’t do what I do without them! 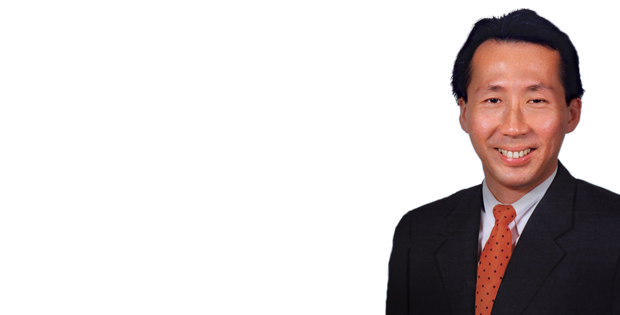 For more than two decades I’ve had the pleasure of working with Dennis Lim, who co-manages a number of our emerging market portfolios and whose research responsibilities encompass Southeast Asian markets and telecommunications companies in emerging markets.

You may have read one of Dennis’ guest posts on my “Investment Adventures in Emerging Markets” blog, so I thought you should get to know him better. Read on for my brief interview with this key member of my team.

Dennis holds an M.S. from the University of Wisconsin, Milwaukee and a B.S. from the National University of Singapore. He served on the Investment Management Association of Singapore’s Executive Committee and is a member of the Panel of Experts of the Singapore government’s Commercial Affairs Department. He is proficient in English, Mandarin Chinese and Bahasa Melayu.

Mark Mobius: What first attracted you to asset management as a career, and emerging markets in particular?

Dennis Lim: I live in Singapore which sits at the heart of Southeast Asia. Singapore was one of the so-called “Four Tigers” of Asia and when I was growing up in the 1970s, I saw all the exciting changes that economic growth brought to Singapore. In the 1980s, I saw signs of the same thing not just in regional countries like Indonesia, Thailand and Malaysia, but also in developing countries all over the world. I decided to pursue a career in asset management because it allowed me to share this emerging markets growth story with investors around the world.

Mark Mobius: You actually earned your master’s degree in Milwaukee, Wisconsin, right in America’s heartland. How did you end up there, and how did that experience help shape your career? Was there some culture shock?

Dennis Lim: Two things come to mind—“Happy Days” and Harley Davidsons! When I was growing up, I used to watch “Happy Days” on television. “Happy Days” is about the lives of a family living in the American Midwest. I used to idolize one of the characters named “The Fonz.” Riding a Harley became a dream. Later on, I decided that on top of studying for my Master’s degree in the United States, I also wanted a taste of life in the American Midwest. It was a wonderful experience.

Mark Mobius: Your area of expertise includes building regulations and urban planning requirements in Singapore and the ASEAN (Association of Southeast Asian Nations) region. Can you tell us how this fits with your role as an investment manager and the potential opportunities you look for?

Dennis Lim: After graduating from the National University of Singapore with a bachelor’s degree, I worked for the government of Singapore’s Ministry of National Development, where I helped to regulate private sector development. Urban development requires vison on the part of city planners and one needs to look very long term. Understanding how and why regulations are created and implemented gave me a big picture view of how governments work and how government policies drive economic growth.

Mark Mobius: What is the biggest challenge you’ve faced during your career at Franklin Templeton?

Dennis Lim: The Asian Financial Crisis back in 1997 was a big challenge. Investors who were drawn into the emerging markets in the early 1990s started to question the wisdom of doing so and the viability of emerging markets as an asset class. We spent a lot of time persuading investors to remain invested. Of course, the subsequent rebound was swift and sharp in that case; sometimes it takes much longer to see a rebound in an emerging markets country or sector. That’s why we regularly remind our investors to think long-term, like we do!

Mark Mobius: What are you most excited about as an investor in emerging markets right now?

Dennis Lim: As we travel to emerging markets around the world, one common observation is rising income levels and improving standards of living. Most people now in emerging markets have access to drinking water, proper sanitation and medical care. I like to remind myself that when we make investments in the emerging markets, apart from the goal of helping our investors to realize potential returns, we are also helping to bring development to many of the poorer parts of the world.

Mark Mobius: Let’s go back to when we first met, more than 20 years ago. Can you share an anecdote about those early days of working together? And is there anything about your job or markets that still takes you by surprise?

Dennis Lim: I still remember my first few weeks as a Franklin Templeton employee very clearly. In the first week, you told me to go to Hong Kong to spend a few days with the team there. I remember not going home till six weeks later! We travelled to Hong Kong, Luxembourg, Edinburgh, New York, Fort Lauderdale, and then ended up in Rio de Janeiro. Days typically started around 7am and did not finish until well past midnight! I still remember  tearing many, many pages of faxes from roll after roll of thermal fax  paper. In those days, email did not exist. I questioned whether I would survive the physical demands of the job. Obviously I did, because since then, more than 20 years have passed. After more than two decades of “surprises,” I have since learned to just take everything in stride.

Mark Mobius: Is there one piece of advice you’ve received during your career that you still rely on today?

Dennis Lim: Yes. The process of learning will never end because the world is such a big place and there is always something new every day.

Mark Mobius: Can you share some accomplishments or interests outside of work that you have enjoyed?

Dennis Lim: It is never easy to juggle a demanding  job and family life. I feel I have done a good job in guiding my two children. They have grown into very responsible adults.

Mark Mobius: As you know, I have a Manga comic based on my experiences. Based on your role on our team, what would your comic book character equivalent be?

Dennis Lim: Your original team comprised four hard-working analysts running around trying to conquer the emerging markets. I think the “Teenage Mutant Ninja Turtles” would be appropriate. You, of course, would be the wise Sensei.