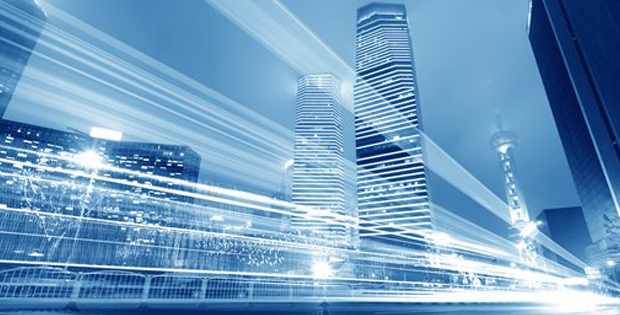 There has been some convergence in terms of how one might classify emerging-, frontier- or developed-market companies—and how they might fit into investors’ portfolios. Recently, we have noted an increase in liquidity and transparency of many frontier-market stocks (the smaller and lesser-developed subset of emerging markets). We have encountered increased numbers of businesses quoted on developed-market exchanges that have a majority of their business operations, sales or earnings generated in emerging or frontier markets, and at the same time, we have also seen growing numbers of emerging-market companies acquiring businesses in developed markets, becoming true multinationals. In our opinion, suitable frontier- and even developed-market stocks can be used to add potential value to what investors might traditionally classify as emerging-market portfolios.

Frontier markets have been of particular interest to us in recent years, as we perceive many of these markets as having good economic growth potential. Government reform efforts also present the potential for both earnings growth and revaluation for frontier-market companies.

Some have argued against investing in frontier markets because of their limited size and poor liquidity. We have not found these concerns to be justified in all cases. An overall market capitalization for frontier markets in the region of US$1.8 trillion1 and daily turnover of US$3.6 billion2 appear to us to be a very adequate opportunity. Considerable numbers of individual stocks sit within frontier markets, yet some have capitalizations and trading volumes that would place them comfortably on par with some emerging-market peers. Some banks in Pakistan and Nigeria, a telecommunications company in Argentina, and an oil and gas company in Central Asia come to mind. Moreover, we should note that, within emerging markets themselves, improving liquidity on exchanges in countries such as India means that stocks that we might once have regarded as appropriate only for specialist smaller-company portfolios now trade in sufficient volumes to be included within more traditional global emerging-market portfolios.

The recent activities of the emerging- and frontier-market index compiler Morgan Stanley Capital International (MSCI) give some force to our convergence argument. In May 2014, MSCI upgraded Qatar and the United Arab Emirates to emerging markets from frontier, recognizing improvements in liquidity and foreign shareholder rights in these markets.3 These countries had represented a significant portion of the overall capitalization of the MSCI Frontier Markets Index at the time of the change. Another eight frontier markets are also under consideration for eventual inclusion in wider MSCI index families. Most of these eight countries are quite small at the present time, but one country, Saudi Arabia, has a large market with a market capitalization of around US$600 billion,4 placing it on a par with Mexico and South Africa. We believe the Saudi’s recent announcement of plans for foreign investors to be granted direct access to its market has sharply increased the likelihood of Saudi Arabia’s inclusion in a broader MSCI index within the next few years.

Opening the Borders of the Investable Emerging-Markets Universe

For us, however, the emerging- and frontier-markets universe stretches well beyond the confines of a traditional benchmark index, and we seek attractively valued stocks in just about any developing country where we see potential. The lines are not always so clear, depending on the metrics used in the classifications. For example, South Korea is currently classified by one index provider as emerging and another as developed. And in 2013, Greece fell into MSCI’s emerging-market ranks from developed, although Greece’s gross national income per capita remains well in excess of the World Bank’s threshold to be called “high income” and many companies there do much of their business in developed markets.5 Perhaps Greece is not on par with its (former) developed market brethren on many levels, but one could also argue it doesn’t possess many of the characteristics that other emerging markets generally possess—including attractive growth potential, a youthful population and modest levels of government debt as a percentage of GDP. While we welcome the opportunity to invest in Greece as an emerging market and are seeking potential opportunities there, it’s difficult to categorize and falls into a grey area for us.

Sometimes a country might not have a securities exchange, sufficient liquidity or adequate shareholder protection to support direct investment, but exposure to its growth potential and its consumer base is available through businesses quoted on developed-market exchanges that do business in these emerging and frontier markets. Investments of this nature can provide access to the growth available in countries such as Georgia, Mozambique or Turkmenistan, to name a few. We might, for example, invest in a consumer goods company located and listed in the United States or United Kingdom, but whose profits are derived in large part from consumers located outside its borders, in countries like the aforementioned.

Furthermore, several developed-market companies, some of them household names, have a changing geographical focus that renders them, for all intents and purposes, emerging-market stocks. As investors unfettered by index restrictions, we believe these stocks deserve consideration in emerging-markets portfolios.

We remain convinced that the boundaries of emerging-, frontier- and developed-market stocks will continue to converge and offer investors significant potential opportunities in their portfolios—no matter how they are labeled—in the years to come.

Data from third party sources may have been used in the preparation of this material and Franklin Templeton Investments (“FTI”) has not independently verified, validated or audited such data. FTI accepts no liability whatsoever for any loss arising from use of this information and reliance upon the comments opinions and analyses in the material is at the sole discretion of the user.  Products, services and information may not be available in all jurisdictions and are offered by FTI affiliates and/or their distributors as local laws and regulation permits. Please consult your own professional adviser for further information on availability of products and services in your jurisdiction.

3. Source: ”MSCI Equity Indexes May 2014 Index Review.” MSCI makes no warranties and shall have no liability with respect to any MSCI data reproduced herein. No further distribution or use is permitted. This report is not prepared or endorsed by MSCI. Past performance is not indicative of future results. Indexes are unmanaged. One cannot directly invest in an index.