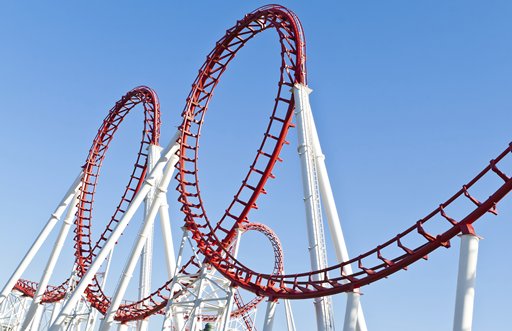 Global equity markets have hit a rough patch recently, with volatility intensifying in September and October. Many investors have been concerned about issues including the prospect of rising interest rates in the United States, deflation in the eurozone, fears about the spread of the Ebola virus, ISIS in the Middle East, growth in the global economy in general, and growth in China in particular. There have been some other country-specific issues as well. In times like these, various pundits start calling for the sky to fall, exacerbating investors’ fears. However, I would remind investors that these periods of market volatility are not new or unexpected.

It seems like a good time to examine the role of investor psychology in the markets. Evidence gathered in the field of behavioral finance suggests that many, if not most, investors often base their investment decisions on sentiment, fads and other psychological biases, and not on fundamentals. Investors, even professionals, often make flawed, irrational financial decisions.

I can’t say when this current bout of market volatility will end, but I can say, based on decades of experience navigating the markets, that it won’t last forever. And, it will likely bring potential opportunities for the savvy investor who knows where to look.

Based on efficient market hypotheses, traditional financial theories assume that investors are rational and risk averse, and hold diversified, optimal portfolios. This assumes how investors “should” act based on mathematical models and theories. However, this does not always play out in practice.

In contrast, behavioral finance is based on understanding how people actually make financial decisions in practice. Behavioral finance suggests cognitive errors and emotional biases can impact financial decisions, often in a detrimental way. Cognitive errors are based on faulty reasoning (belief perseverance), or due to memory errors (information processing errors). Emotional biases stem from reasoning that is influenced by feelings or emotions, not fundamental facts.

Behavioral finance challenges the assumptions of traditional finance theory, recognizing that many investors do not make decisions in a rational manner. Investors are generally loss averse, and because their fears can get in the way, they do not necessarily hold optimal portfolios.

I believe understanding both traditional finance theory and behavioral finance can provide a better means to achieve one’s financial goals.

We Focus on Fundamentals, Not Fears

The International Monetary Fund (IMF) recently downgraded its 2014 global growth forecast to 3.3%, 0.4% lower than its prior forecast given in April 2014 and below the levels of global growth seen in 2010 and 2011, when the world’s economies were recovering from the global financial crisis.1 It’s important to remember that this is just one forecast, and it’s also important to remember that not all emerging markets are the same. The IMF actually increased growth projections in some cases. The growth projection for developing and emerging Europe was increased to 2.7% in 2014, 0.4% higher than what had been forecasted in April.2 More specifically in the region, growth in Hungary and Poland was projected to reach 2.8% and 3.2%, respectively, in 2014, according to the IMF. Rising investment and declining unemployment in Poland, and significant monetary easing and higher public spending in Hungary were behind this more optimistic growth forecast. Growth in emerging Asia was seen at 6.5% and growth in Sub-Saharan Africa at 5.4%; both regions still generally remaining robust.3

People are concerned about the spread of the Ebola virus impacting growth in some affected African nations going forward, which is something we will be watching.There has been concern about the prospect of rising interest rates in the United States causing heightened volatility in emerging market stocks in the year to come, but not all markets—or companies in them—will be affected the same way. For example, Mexico has benefited from the improving US economy as well as from internal reform efforts. Generally, in our view, emerging markets that have prepared for higher US interest rates should be able to weather the transition. Additionally, the eurozone and Japan continue to pursue easy monetary policies, potentially providing market liquidity.

And, although the pace of China’s growth may have slowed, the economy is still projected to  grow at more than 7% this year!4 China’s shift to higher-quality, more sustainable growth as the economy transitions to a more domestically driven growth model could also help the economy sustain its relatively higher growth going forward.

Meanwhile, India seems to have seen a revival in spirits, with GDP growth expanding at a robust 5.7% in the quarter ended June 30.5 Optimism surrounding newly elected Prime Minister Narendra Modi has been reflected not only in the equity market, but also in the recent strength of the Indian rupee.

We believe that a growing US economy, substantial monetary easing in Europe and Japan, and strengthening domestic factors in certain emerging markets could present an attractive opportunity for investors going forward. We remain of the opinion that longer-term trends in emerging markets such as investor-friendly reforms in a number of countries, including China, India, South Korea and Mexico, moves to reduce barriers to trade, increases in technological expertise within emerging market economies, and the rapid growth in the number and spending power of middle-class consumers all provide the basis for sustained economic growth and rising corporate profitability across many emerging markets. Meanwhile, we continue to identify individual emerging market companies that we believe trade at relatively attractive valuations.

For more information on the concept of availability bias, check out our “Behavioral Finance for Everyday Investors” video:

Data from third party sources may have been used in the preparation of this material and Franklin Templeton Investments (“FTI”) has not independently verified, validated or audited such data. FTI accepts no liability whatsoever for any loss arising from use of this information and reliance upon the comments, opinions and analyses in the material is at the sole discretion of the user. Products, services and information may not be available in all jurisdictions and are offered by FTI affiliates and/or their distributors as local laws and regulation permits. Please consult your own professional advisor for further information on availability of products and services in your jurisdiction.