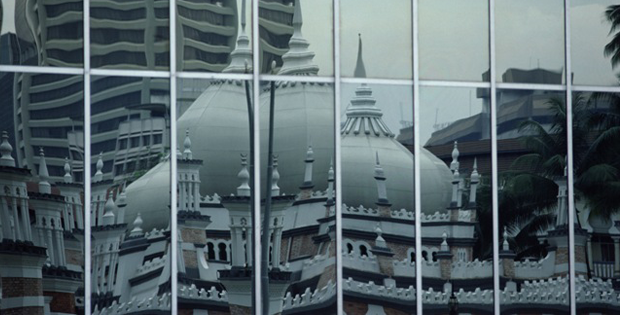 My travels recently took me to Malaysia, a country that has experienced robust growth rates, but also some growing pains. Malaysia has been benefiting from favorable fundamentals generally in Southeast Asia and the 10 states comprising the Association of Southeast Asian Nations (ASEAN), including a youthful demographic and an expanding middle class. During his 22-year term in office, former Prime Minister Dr. Mahathir Mohamad led Malaysia in diversifying its economy away from dependence on exports of raw materials, which earned him the nickname, “Father of Modernization.” The current prime minister, Dato’ Sri Mohd Najib Bin Tun Haji Abdul Razak, has continued pro-business policies and initiated civil reforms. We think that as the government continues to make progress toward reform efforts, Malaysia’s investment potential should expand. Additionally, we believe liquidity being provided by the Bank of Japan and the People’s Bank of China—which cut its benchmark interest rates for the first time in more than two years—should help support Malaysia and other regional markets as the US Federal Reserve has ended its long-standing quantitative easing program and is considering raising rates.

Malaysia has set an ambitious goal of achieving “high-income” status by 2020, a standing the World Bank uses to define developed markets.1 Since we began investing in Malaysia in the late 1980s, we’ve seen a lot of changes take place. The country has opened up to more foreign investment, while the number of listed companies and market liquidity have grown significantly, providing investors with an expanded opportunity set. Known as a leader in rubber production, Malaysia has been successful in diversifying its economy into areas including tourism, electronics, pharmaceuticals and medical device manufacturing, and even as a hub for Islamic finance. In recent days, we have seen Malaysia embrace the reform efforts we think are needed to help achieve the ambitious goals the country has set, not only in attaining developed-nation status but also in working to become a regional hub in trade, education and manufacturing. We think Malaysia has a particularly symbiotic relationship with neighbor Singapore: Malaysia offers lower-cost labor, and Singapore offers technological prowess.

Malaysia’s old system of subsidies, while popular with the people, created a drain on government resources. Malaysia is running a fiscal deficit, and there is concern it could find itself with a current account deficit as well. The government has been making strides at avoiding this “twin-deficit” scenario, including removing some long-standing subsidies. As of December 1, fuel subsidies were removed; the cost of a popular grade of gasoline and diesel will be based on a managed float system going forward. The Malaysian equity market—which has been underperforming some other equity markets in the region this year—reacted positively to the announcement, as the phasing out of these subsidies could result in annual savings to the government of about 20 billion ringgit (US$6 billion), according to various reports. The International Monetary Fund (IMF) announced that removing the fuel subsidies would reduce Malaysia’s projected deficit to below 3% of gross domestic product (GDP) in 2015, down from 3.9% in 2013.2 The IMF also praised the introduction of a goods and services tax (GST) and the strengthening of social safety nets as decisive moves that should help ensure the sustainability of government finances, and allow more spending aimed at promoting sustainable and equitable medium-term growth. We agree! The nation’s central bank, Bank Negara Malaysia, has also been making strides to reduce household leverage and contain inflationary pressures.

Malaysia is taking chairmanship of ASEAN in 2015 and has been tasked with driving the ASEAN Economic Cooperation (AEC) initiative, which is expected to launch in 2015. The AEC will represent a common market that is expected to comprise 600 million people and have a combined GDP of nearly US$2 trillion.3 Malaysia will formulate a 10-year roadmap for the community from 2016–2025 and has chosen a theme of “A People-Centric ASEAN.” We believe this theme fits well with the cooperative spirit ASEAN represents, particularly given Malaysia’s focus on becoming an educational hub for students throughout the region and beyond. Education Malaysia Global Services, a private agency, was created under the authority of the Malaysian Ministry to establish the country as a destination for international students. As part of Malaysia’s Wawasan 2020, or Vision 2020, program established in 1991, a goal of enrolling 200,000 international students by that year has been set.4 Investment in education is crucial to Malaysia’s goal of achieving developed-nation status, in our view, and the Malaysian government has added an ambitious goal of placing at least one Malaysian university among the world’s top 50, and three in the top 200, by 2020.

Investing in Malaysia: The Importance of Stockpicking

We recently visited a Malaysian oil services company with operations not only in Malaysia but also across Southeast Asia, Brazil, Australia and Africa. Lower oil prices are likely to have a significant impact on its operations, and it looks to us like there will need to be some belt-tightening. Nevertheless, some fields in Malaysia are very low cost, at well below US$50 per barrel. Therefore, lower oil prices don’t necessarily mean companies in the sector will be unprofitable.

Another firm we visited, an auto distributor, was looking forward to expanding from the distribution of automobiles to the assembly of imported Japanese autos. Management there is optimistic that the auto market in Malaysia was expanding and consumers were seeking more up-market brands and models.

Regarding palm oil, one of Malaysia’s top exports, our visit to a palm oil plantation firm revealed that palm oil prices were temporarily under pressure, but from a long-term view, the firm expected demand for palm oil globally to increase. The company was, therefore, replacing older palm oil trees with new, higher-producing palm oil trees as well as expanding its plantation acreage.

As investors in Malaysia, we feel it’s important to be selective, particularly given that valuations have been higher than in some other Asian markets, while at the same time, performance has generally been somewhat disappointing. One area of focus is smaller companies that we think have potential for growth, but that have been generally overlooked by other investors. Utilities is one area we think could potentially benefit as subsidies are lifted, and we believe profitability may improve as a result. We also like consumer-oriented companies that can stand to potentially benefit as Malaysia works toward its long-term goal of becoming a high-income country, and as more of its people potentially rise into the ranks of the middle class. Of course, there will be a few bumps that can impact this vision, and some policies will not be particularly popular with the people—including not only removal of subsidies but also the implementation of the GST, planned for April 2015, which replaces Malaysia’s 10% sales tax and 6% service tax with a flat 6% tax across nearly all goods and services at each stage of the supply chain.

As investors, we have to maintain a long-term view and focus on companies we feel can survive and prosper amid changing conditions, and that fill an interesting niche. We also look for companies that have the potential to serve consumers not only in Malaysia but throughout the region, and even globally.

Currently, we see Malaysia undergoing a period of transition, as old policies must evolve to meet future goals. I would describe our view of Malaysia today as cautiously optimistic—we are certainly hoping Malaysia succeeds in reaching its ambitious goals, and we plan to be there along the way.

Data from third party sources may have been used in the preparation of this material and Franklin Templeton Investments (“FTI”) has not independently verified, validated or audited such data. FTI accepts no liability whatsoever for any loss arising from use of this information, and reliance upon the comments opinions and analyses in the material is at the sole discretion of the user. Products, services and information may not be available in all jurisdictions and are offered by FTI affiliates and/or their distributors as local laws and regulations permit. Please consult your own professional adviser for further information on availability of products and services in your jurisdiction.

All investments involve risks, including possible loss of principal. Foreign securities involve special risks, including currency fluctuations and economic and political uncertainties. Investments in emerging markets, of which frontier markets are a subset, involve heightened risks related to the same factors, in addition to those associated with these markets’ smaller size, lesser liquidity and lack of established legal, political, business and social frameworks to support securities markets. Because these frameworks are typically even less developed in frontier markets, as well as various factors including the increased potential for extreme price volatility, illiquidity, trade barriers and exchange controls, the risks associated with emerging markets are magnified in frontier markets. Smaller-company stocks have historically had more price volatility than large-company stocks, particularly over the short term.