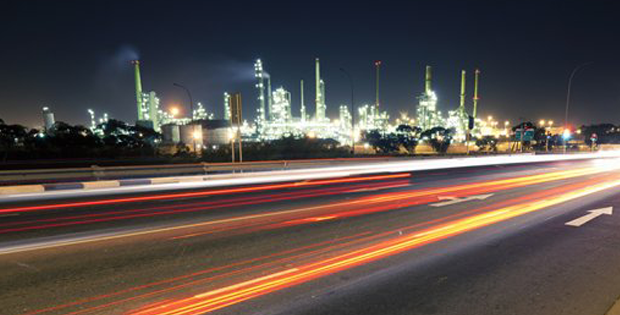 Emerging and frontier markets are a focal point of this year’s World Economic Forum in Davos, Switzerland, which takes place during the week of January 19. One of the sessions, “Achieving Africa’s Growth Agenda,” is of particular interest to me. Our team still believes Africa overall has good long-term potential despite some near-term obstacles, one being the recent drop in oil prices, which could negatively impact countries that are highly dependent on oil revenues.

We believe infrastructure investment will be a key driver of economic development in Africa and that, of all aspects of infrastructure, the provision of electric power is among the most important. Statistics on power shortages, particularly in Sub-Saharan Africa, make for sobering reading. US Energy Information Administration statistics state that in 2011 the whole of Sub-Saharan Africa possessed only 78 gigawatts of installed generation capacity, of which South Africa accounted for 44 gigawatts. By comparison, installed capacity in the United States alone was 1,053 gigawatts. In other words, all of Africa has only 7% of the electric capacity of the United States. The European nations of Sweden and Poland each possessed similar generating capacity to the whole of Sub-Saharan Africa outside of South Africa.1 Furthermore, actual production capacity for Sub-Saharan Africa is likely to be substantially lower than the theoretical quantity because of inadequate maintenance, outmoded equipment and fuel shortages. Electric power actually getting to end-users is also less than what is actually produced as a result of damaged power lines, transmission technical losses and just plain theft of electric power.

Using per-capita data, a US citizen on average uses 12,461 kilowatt hours of electricity per annum; a citizen of Ethiopia uses 52. On average, only 30% of Sub-Saharan Africa citizens have any access to electric power,2 and even where power is available, provision can be sporadic, with frequent power cuts and “brown-outs.” One of my trips to Nigeria was enlivened by a power cut that unexpectedly left us stranded in the elevator at one of Lagos’s most prestigious hotels. For factories and hospitals, such interruptions can be more than inconveniencing. If the challenge posed by Africa’s electric power deficit is monumental, so is the effort currently going into addressing the problem. Many of the most dramatic projects relate to harnessing the potential of Africa’s great rivers. Chinese firms utilizing skills built up during China’s program of dam building and electricity generating-plant expansion are prominent in many of the schemes. The Ethiopian government has been particularly active in this area, with major projects involving most of the rivers flowing through the country, headed by a plan to dam the Blue Nile that could potentially generate six gigawatts of power. Uganda, Mozambique and Ghana are also among countries that have major hydroelectric schemes under way or planned. But the largest of all is the Inga Falls Number Three project on the Congo River in the Democratic Republic of Congo, initially intended to generate 4.8 gigawatts, but with a potential ultimate generating capacity in excess of 40 gigawatts.3

The China-supported dam building efforts, supplemented by other major projects, including proposed nuclear plants in South Africa and a major coal-fired power station in Zimbabwe, could potentially make a huge difference to Africa’s generating capacity. However, as mentioned, distributing the power produced by these mega-projects will be a significant additional challenge given Africa’s huge size, dispersed population, low per-capita incomes that encourage power theft, and even theft of valuable copper power cables. In a number of cases, political instability is an added challenge. Thus, the giant projects may have their main impact as “captive generating plants” built exclusively to supply large-scale mining or industry projects or wealthy urban areas where security and the ability to pay for power exists, rather than the population as a whole. There is also the question of significant environmental costs, though these need to be balanced against the benefits that they produce, in our view.

A US government-sponsored initiative, Power Africa, is looking to provide financing and expertise to encourage investment links between businesses and African governments to develop smaller-scale, technologically innovative generation projects. The projects are slanted toward renewable energy solutions that utilize Africa’s abundant resources of solar, wind and geothermal power, but are not neglecting the growing potential of natural gas as the number of hydrocarbon discoveries across Africa multiplies. The Power Africa initiative has been ongoing for a little over a year, but additional funding announced at the US-Africa Leaders Summit in August 2014 has increased the potential budget for the operation to US$26 billion in direct financing and investment guarantees. The initiative’s 2014 annual report, produced ahead of the Leaders Summit, noted projects under way amounting to 2.8 gigawatts of generating capacity, with negotiations ongoing for an additional five out of a target of 10 gigawatts of new capacity by 2020. Key initiatives included wind farms in Kenya and Tanzania, a solar project in Tanzania and a major geothermal scheme in Ethiopia.

Even smaller-scale projects could provide disproportionate benefits. Small-scale power generation is already a significant factor in Africa—otherwise, some statistics, such as 82% of Kenyans owning mobile phones4 when apparently only 20% of the population has access to electricity, would make little sense. At present, much of this off-grid electricity production comes from gasoline or diesel generators that are expensive, polluting and not particularly efficient. This situation could change as rapidly falling prices for solar generation technology and developments in electricity storage and small-scale distribution are providing the potential for small-scale, off-grid power networks for lighting and phone recharging to be rolled out. In a classic example, Zimbabwe’s leading mobile phone operator has launched a solar-powered phone charger, as well as a more sophisticated solar rechargeable lamp that has a USB adaptor and doubles as a phone charger. Some of the Power Africa projects are specifically aimed at just this type of locally driven activity.

For us as investors, many of these developments represent potentially attractive opportunities. The mega projects may have substantial government input, but contractors and suppliers could see transformative benefits from the schemes. The Power Africa-type schemes tend to be led by US multinational corporations, but African partners are often involved, and a significant sub-theme of the project is encouraging African governments to privatize electricity generation—Nigeria’s move to break up its underperforming state electricity company is a major case in point. As an example of the kind of innovation stimulated by the reforms, large quantities of the natural gas produced by Nigeria’s oil fields is currently wastefully flared off, but the changes to power regulation have incentivized a local oil and gas company to build gas infrastructure and contract to power producers. Over time, not only will modern gas-fired generators provide reliable electricity at a competitive cost, but also gas will become a meaningful contributor to the oil company’s revenues, something that was previously negligible. Even the micro power schemes could potentially offer opportunities in the longer term—after all, the grandest of blue-chip companies has to start somewhere.

Above all, we believe the availability of reliable power could sustain dynamic economic growth rates across Africa, potentially enriching the population and creating markets for new consumer businesses. Nigeria is a prime example of the potential of these developments. Many higher-income households in Nigeria spend hundreds of dollars every month on gasoline generators simply to keep refrigerators and air-conditioning systems up and running. If these households had access to reliable and less expensive electricity, it would free up immense discretionary spending that could be redirected into savings, investment or consumption. The same is true for large and small businesses that depend heavily on the availability of a reliable source of electricity to be able to conduct their daily activities, which we believe could have a beneficial impact on consumer companies, as well as providers of financial services.

Mark Mobius’ comments, opinions and analyses are personal views and are intended to be for informational purposes and general interest only and should not be construed as individual investment advice or a recommendation or solicitation to buy, sell or hold any security or to adopt any investment strategy. It does not constitute legal or tax advice. The information provided in this material is rendered as at publication date and may change without notice and it is not intended as a complete analysis of every material fact regarding any country, region market or investment.

Data from third party sources may have been used in the preparation of this material and Franklin Templeton Investments (“FTI”) has not independently verified, validated or audited such data. FTI accepts no liability whatsoever for any loss arising from use of this information and reliance upon the comments opinions and analyses in the material is at the sole discretion of the user.  Products, services and information may not be available in all jurisdictions and are offered by FTI affiliates and/or their distributors as local laws and regulations permit. Please consult your own professional adviser for further information on availability of products and services in your jurisdiction.