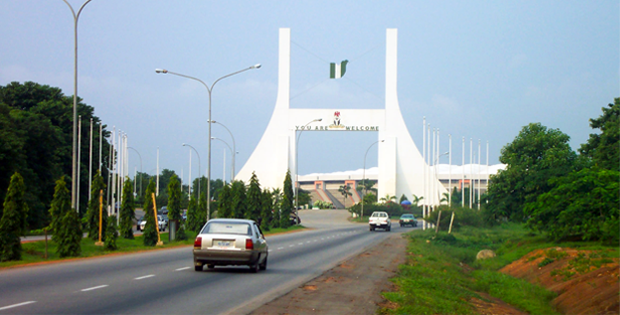 A couple of years ago, many investors were optimistic about Nigeria and the stock market was booming, buoyed by strong economic growth and government reforms to improve the country. However, by 2014, the mood soured amid a series of unfortunate events, including the terrorist acts of Boko Haram, an Ebola outbreak and the weakening price of oil, which is the major source of income for the government and has a big impact on the economy. Despite these challenges, we continue to pursue long-term investments in Nigeria for a number of reasons. Not only is Nigeria Africa’s largest economy and a major consumer market, but the outcome of Nigeria’s presidential election in March proved its people are ready for change—hopefully for the better.

After a delay, Nigeria’s presidential election took place in March in a relatively peaceful environment. After lots of active and noisy election campaigning, the results showed that the incumbent, President Goodluck Jonathan, was losing, and he conceded defeat to former military ruler Muhammadu Buhari. Buhari has claimed a commitment to democracy and a new way forward for Nigeria, although I think his first order of business will be to bring stability to the country. The fact that he was elected democratically and had run unsuccessfully in 2003, 2007 and 2011 seems to be an indication that he would be more inclined to favor the democratic process, although we certainly can’t know what might happen in the future; we must remember that he has a military background and participated in a military coup that brought him to a short-lived presidency in 1983. We do feel his military experience should help him battle terrorism and corruption in Nigeria, so in that sense the election results seem positive.

The election outcome was not surprising to me, because it was clear that the general population was unhappy with the current situation in the country. Nigeria’s stock market reacted positively to the election results right after they were announced, indicating that many investors may now feel new hope that there could be change for the better.

Nigeria clearly has a compelling growth story, but has faced a number of challenges in recent times. One of its biggest current challenges is a new lower oil price environment, which means that the government will likely have problems funding development and must find new sources of income. Hopefully, this situation will lead to much-needed reforms and a crackdown on corruption to unlock such income. (Last year, the head of the central bank asked why US$20 billion was missing from the oil fund accounts.) While lower prices will likely have an adverse impact on Nigeria’s fiscal situation and foreign reserves, government debt is only 13% of gross domestic product (GDP).1 Planned spending cuts and efforts to improve tax collection in the 2015 budget should mean the government will unlikely face major funding issues this year. While important to the economy—representing the largest part of government income—the oil and gas sector actually equates to less than 15% of Nigeria’s total GDP.2 Nevertheless, the oil price decline has prompted the government to reduce its 2015 GDP growth forecast to 5.5% (down from an estimated 6.23% in 2014); GDP growth still looks to remain strong this year.3

Nigeria is a big country, and with privatization and government reform efforts, I still believe there is a good chance of strong growth going forward, even if oil prices don’t rebound significantly from today’s levels.

There are significant challenges ahead, but we believe the positives outweigh the negatives and think it’s a good time to invest in Nigeria—if we are patient and selective. We are particularly interested in opportunities outside the energy sector in consumer products as well in financial services. Last year, the Nigerian financial sector did not perform well mainly due to concerns about the suspension of the central bank governor (after he brought up the aforementioned missing funds to Goodluck Jonathan), and social issues. We do not believe the new government will disrupt the independence of the central bank. The newly appointed governor has a solid technical background. Besides, he has been working with the central bank for many years. We believe recent central bank liquidity-tightening measures are likely temporary and aimed against inflationary pressures. Also, we think these events are unlikely to change the long-term fundamentals and positive outlook for banks—the people of Nigeria remain “under-banked” compared to other emerging and developed markets, and strong local banks are likely to be prime beneficiaries of long-term economic growth.

The long-term, fundamental case for Nigeria looks strong to us for several reasons:

• Nigeria boasts one of the fastest-growing economies in the world, with GDP growth rates above 6% every year since 2003.4

• Home to more than 170 million people, Nigeria is the largest country in Africa by population, and among the top 10 most populous countries globally. Additionally, the population is relatively young, with a median age of just over 18.5

• It is important to note that Nigeria exports more than 100 different non-oil commodities as well as a wide variety of finished or semi-finished manufactured products to countries around the world.6 While oil remains the dominant export, we also see many potential opportunities beyond the energy sector.

We believe efforts toward privatization and investment in areas such as mining, agriculture, finance and manufacturing to diversify the country’s dependence on the oil sector could bear fruit in the longer term. Nigeria benefits from a diverse range of potential growth drivers—for example, many people outside Africa may not know that the Nigerian movie industry, “Nollywood,” generates nearly $600 million a year and employs more than a million people.7 While a lower oil-price environment could prove a short-term test, perhaps the biggest long-term challenge for Nigeria going forward is to develop government leadership that will be intent on economic development and utilizing the country’s resources to develop infrastructure—roads, railroads, electric power, sewerage, water, and so on. We believe this would establish a platform for the growth of new enterprises and likely lead to more employment.

In our view, Nigeria still remains among the most attractive investment destinations within frontier markets and we are hopeful its new leadership will pave the way forward toward a brighter future.

3. Source: National Bureau of Statistics, Nigeria, January 2015. There is no assurance that any estimate or forecast will be realized.