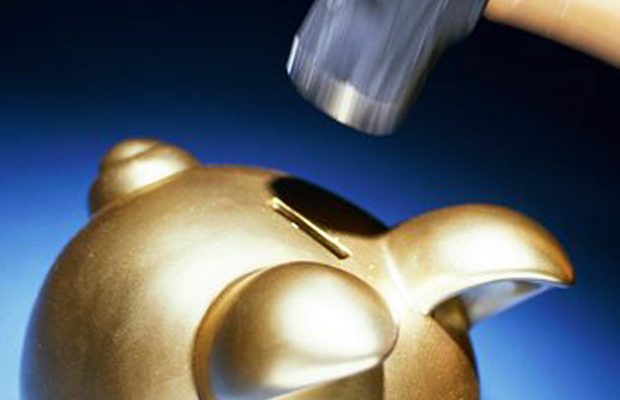 For those looking to invest in emerging markets, a steady growth in foreign exchange reserves—in many cases to higher levels than in most developed markets—has been a positive talking point for the past two decades. This reserve build-up has allowed emerging markets to be dominant buyers of US and European debt. However, a general decline in emerging market foreign reserves last year now has pundits pondering whether there is danger of more significant slippage with potentially ominous market implications.

We view the relatively small decline in emerging market foreign exchange reserves as quite minor in the broader macroeconomic context, and perhaps more a question of implications on developed markets than on emerging markets. In our view, the reduction in foreign exchange reserves seen in 2014 is relatively insignificant in the context of the tremendous increase in foreign reserves that have taken place since the Asian Financial Crisis two decades ago. Emerging market reserves still remain at a very high level—still more than four times as high as they were in 2004. With few exceptions, the level of foreign reserves today appears more than sufficient to service short-term financing requirements.

The chart below shows how the level of emerging market reserves in general can adequately meet most countries’ financing needs. The importance of reserves was crucial during the ’70s, ’80s and ’90s when many emerging market countries used any foreign currency (US dollar, Japanese yen or German mark) as an anchor to help control inflation, particularly in Latin American countries with high inflationary environments.

With a few exceptions, inflation has become a problem of the past for most emerging market countries. That’s not to say inflation may not become a problem in the future, but as many countries have been successful in using inflation targeting as a policy tool, or their central banks have achieved credibility on their own, the use of foreign exchange rate intervention has been largely phased out as a tool to help control inflation. As such, many countries have become more independent in the way they can conduct monetary policy and most no longer peg their domestic currency to the US dollar. In our view, this means that the level of reserves is generally less relevant given that the more prevalent flexible exchange rate policy reduces the need for a big foreign reserve war chest to defend currency exchange rates. Today, there are very few, if any, countries that use a pure floating foreign exchange rate mechanism. Most countries use a so-called “dirty floating” policy, which is to let the market decide the level but in which the central bank will intervene when there is a desired policy objective.

There is actually a timely academic debate currently taking place between former Federal Reserve Chairman Ben Bernanke and former US Treasury Secretary Lawrence Summers on the subject of secular stagnation and what is driving the low level of global interest rates. The main question is whether rates are low because not enough people want to invest or because too many people want to save. Bernanke argues that it is the global savings glut while Summers claims that the cause of the slowdown is population growth combined with dearth of profitable investment opportunities for the foreseeable future.

In any case, there seems to be a surplus level of savings for the required level of investment driving equilibrium real rates down (even negative), that cannot be matched by policy rates (the central bank desired rate, which cannot be negative).

If we are to side on Ben Bernanke’s hypothesis, then a reduction in emerging market reserves would likely be an indication of a reduction in the savings rate in these countries, prompting to an increase in the equilibrium rate that will match the achievable level of policy rate, restoring equilibrium.

In conclusion, we should not be too much concerned about the decline in the level of reserves by itself. Countries have become more independent in the way they can conduct their monetary policy and most no longer peg the domestic currency to the US dollar, giving them more freedom to set domestic interest rates.

Declining reserves could be highlighting another issue which is the decline in the attractiveness of emerging market countries in the short term either because they cannot produce the current account surpluses they delivered in the past (on the back of declining commodity prices for commodity producers) or they no longer attract capital inflows to finance attractive investment opportunities. Both were sources of US dollar inflows in the past that supported the growth of emerging market central bank reserves.

Mark Mobius’s comments, opinions and analyses are personal views and are intended to be for informational purposes and general interest only and should not be construed as individual investment advice or a recommendation or solicitation to buy, sell or hold any security or to adopt any investment strategy. It does not constitute legal or tax advice. The information provided in this material is rendered as at publication date and may change without notice, and it is not intended as a complete analysis of every material fact regarding any country, region market or investment.

Data from third party sources may have been used in the preparation of this material, and Franklin Templeton Investments (“FTI”) has not independently verified, validated or audited such data. FTI accepts no liability whatsoever for any loss arising from use of this information, and reliance upon the comments opinions and analyses in the material is at the sole discretion of the user. Products, services and information may not be available in all jurisdictions and are offered by FTI affiliates and/or their distributors as local laws and regulations permit. Please consult your own professional adviser for further information on availability of products and services in your jurisdiction.

2. Source: International Monetary Fund (IMF) World Economic Outlook database, April 2015. There is no assurance any forecast will be realized.