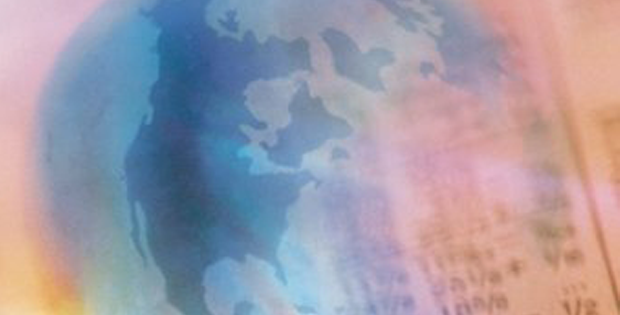 Franklin Templeton’s 2015 Global Investor Sentiment Survey (GISS)1 revealed a number of interesting observations about investor beliefs, misconceptions and biases—and a few surprises. This year’s survey polled investors across 23 countries in developed and emerging markets. Since the annual survey’s launch in 2011, the world’s investors have by and large been resiliently optimistic, but more so in certain markets than others.

Over the last five years the GISS has been conducted, a growing recognition of the value of global investing is an encouraging survey trend. In this year’s survey, investors living in emerging markets, as well as those 25-34 years old (the Millennial generation) in both developed and emerging markets, showed the highest appetite for foreign investments. And, nearly seven out of 10 investors surveyed expected the best equity returns to be outside their home country this year. In my view, global diversification is important as it’s difficult to predict which markets will ultimately prove to be the best—or worst—year after year.

Where Investors Are Most Optimistic—and Pessimistic

In the Americas, the majority of  investors in the United States and Canada were optimistic about their local stock markets. Collectively, 64% of respondents in these two countries expected their respective stock market to rise this year. Meanwhile, investors in Latin America (including Mexico) were pessimistic—only 46% expected their local stock market to rise this year. This survey certainly seems to reflect the dour mood of many people in Brazil today as its economy has suffered. Investors in Brazil also showed the most dramatic shift in sentiment to the downside among individual countries, as the level of optimism there dropped 19% from 2014’s survey.

Meanwhile, in Asia (including Australia) just over half (56%) of all investors surveyed expected their local stock market to rise. Investors in China showed one of the most dramatic upward shifts in sentiment from last year; the survey showed a 12% jump in investor optimism.

Some investors (particularly those in the West) have expressed concern about a slowing in the rate of China’s growth from decades past, and may not be as upbeat about China’s market prospects as investors living there seem to be. However, we remain optimistic about China as a continued global driver of growth and as an investment destination. It’s important to note that in 2010, China reported a growth rate of 10.4%, resulting in approximately US$600 billion added to the economy. When the economy grew at a lower level of 7.7% in 2013, more than US$900 billion was added to the economy.2 So in dollar terms we still see larger increases in economic output even though the rate of gross domestic product (GDP) eases. Additionally, we still see much room for infrastructure development in China as migrant workers’ salaries have been increasing and urban migration continues. China’s broad set of economic reforms as announced by the Third Plenum of the Communist Party is expected by many to have a very significant overall impact on emerging markets. These reforms include major deregulation and liberalization initiatives, allowing private-sector interests into the industrial and financial sectors, and more freedom for investments from foreign companies. As investors in China, we have been particularly encouraged by the drafting of liberalized foreign investment legislation, which could mean foreign investors would no longer be required to obtain government approval on a case-by-case basis for joint ventures, and which could instead give foreign investors the ability to invest in industries that have been inaccessible under Chinese law.

Interestingly, last year’s Global Investor Sentiment Survey revealed that of all the individual countries surveyed, India’s investors were the most optimistic about prospects for their local market. The survey was taken before the victory of now-Prime Minister Narendra Modi, so it appears that many people were likely feeling a renewed sense of hope for the future—and India’s stock market proved to be one of the best performing in 2014, up nearly 30%.3 In this year’s survey, Indian investors remain the most optimistic, with 86% of investors there expecting their local stock market to rise, and 97% of investors either optimistic or very optimistic about the prospects of reaching their financial goals.

We certainly don’t want to jump to any conclusions about potential market performance based on investor sentiment (or any one indicator for that matter), but it reminds me of the late Sir John Templeton’s famous words: “Bull markets are born on pessimism, grow on skepticism and die on euphoria.” I think there are reasons for investors in emerging markets to be optimistic—including those in Brazil. Equally, it would not be surprising to us to see short-term market corrections take places which have seen significant rallies over the past year, such as India and China.

Here are some more key differences that emerged from the GISS findings:

One additional survey finding that I found interesting is that when asked where the best equity opportunities would be this year, investors ranked Asia (including India) equally with the United States and Canada, but looking longer term, out over the next 10 years, Asia topped all markets. And lastly, I think the importance of investing for the long term, particularly in emerging markets, can’t be stressed enough in this age of instant gratification. When investors around the world were asked what timeframe they felt would determine the success of an investment, 59% said within two years, while 32% of GISS respondents said one to two years. Even more disconcerting to me was that 21% said six to 11 months. In my view, one should not invest in the stock market for short-term goals or as a road to quick profits. At Templeton Emerging Markets Group, we invest with a five-year horizon in mind. It often takes time for certain investment theses to play out, so you have to be patient!

1. Source: The Franklin Templeton Global Investor Sentiment Survey, conducted by ORC International, included responses from 11,500 individuals in 23 countries: Brazil, Chile and Mexico in Latin America; Australia, China, Hong Kong, India, Japan, Malaysia, South Korea and Singapore in Asia Pacific; France, Germany, Greece, Italy, Poland, Spain, Sweden and the United Kingdom in Europe; South Africa; the UAE; and the United States and Canada in North America. Survey respondents were between the ages of 25 and 65 in Latin America, Asia (except for Japan) and South Africa, and 25 and older in Europe, Japan, the UAE, Canada and the United States. Respondents were required to own investible assets such as stocks, bonds, mutual funds, etc. In addition, a minimum investable asset threshold was set for each country to ensure that the respondent had sufficient investments which would provide a knowledge base to answer the survey questions. Surveys were completed from February 12 to March 2, 2015, in all countries.

3. Source: BSE India, S&P BSE Sensex Index. Past performance is not indicative of future results. Indexes are unmanaged and one cannot invest in an index.