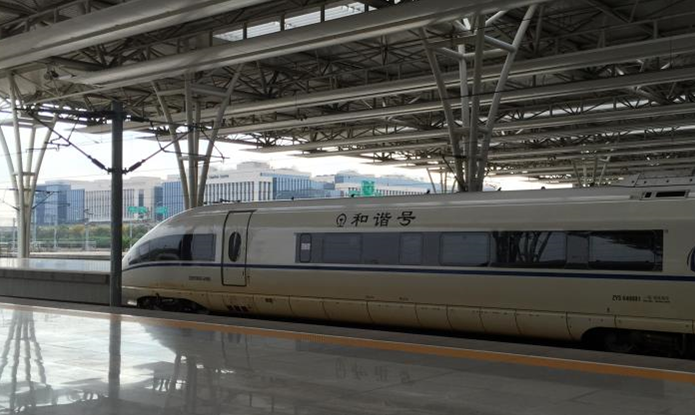 There has been a recent debate about whether the end of the commodities “supercycle” is over, and if we are entering a new era of lower prices for natural resources, particularly oil. While no one can predict exactly where prices are headed next, one thing I do know is that demand for natural resources has continued to increase in emerging markets. Emerging economies in general have experienced stronger economic growth trends than developed markets over the past decade, a trend that I expect to continue. That growth, combined with rising populations and a trend toward urbanization, requires more infrastructure.

Of the 10 most populous countries in the world, eight are in emerging markets, and the emerging markets of China and India represent the largest countries in the world by population, each totaling more than one billion people.1 These people need food, clean water, energy, roads and housing. China is undergoing a trend toward urbanization, which we believe still has a ways to go and will drive the need for growth in these areas. While the media has drawn attention to so-called “ghost cities” in China, claiming there has been overbuilding, visitors to China can easily see there remains a need for housing for all these new urban dwellers—and transportation to get them from place to place. The railway network in China is far more limited than that of major developed countries, even much smaller ones. China still needs to invest more in infrastructure; in our view, the game is not over. More roads are needed to accommodate the dramatically increased number of cars and trucks, while more train connections are needed to meet the rising travel demands of China’s billion people.

There certainly is a price cycle in various commodities, but I believe the demand for commodities globally should continue to increase. The price of oil is, of course, particularly volatile, but that price volatility doesn’t correlate to the movement in demand. When the price of a barrel of oil plummeted more than 25% in 2014, demand didn’t decrease by the same amount. Demand continues to increase. The US Energy Information Administration estimates that in 2014, global daily consumption of petroleum and other liquids grew by 0.9 million barrels/day to average 92.0 million barrels/day, and expects global consumption to grow by 1.3 million barrels/day in 2015 and 2016.2

Oil is not the only product in demand. In China, there has been an explosive growth in automobiles. With more gasoline-powered vehicles comes increased pollution—most of us know about the famous smog in Beijing. Catalytic converters, which contain palladium, help alleviate this pollution problem, so we expect demand for palladium should continue to rise. Incidentally, palladium is one commodity that did not suffer a decline in price in 2014 while many other commodity prices fell. The 3rd Plenum of China’s Communist Party in 2013 announced various reforms related to infrastructure development, including private sector deregulation, resources pricing reform, and improvements in efficiency and resources allocation in state-owned enterprises. China has seen progress made in a number of key areas, as several sectors, including railways, have been opened up to private investment and the process for foreign investment approval has been simplified.

Some forecasters believe India will be growing even faster than China in the next decade. India is at what I would call the take-off stage; while gross domestic product growth has averaged about 7% over the past 10 years, I think India could be headed toward growth rates of 8%–9% in the decade ahead if reform efforts continue. Like China, India needs infrastructure.

Not only do emerging markets need infrastructure improvements, but globally, existing infrastructure in many developed regions has aged and is in need of significant repair, replacement or upgrade. A recent report from the OECD (Organisation for Economic Co-operation and Development) revealed that the pace of essential structural reforms is slowing in many advanced economies, while at the same time, many emerging economies have been recently stepping up the pace of reforms.3 This accelerated pace of reform reflects the awareness of bottlenecks and growth constraints, and the need to reduce vulnerabilities in countries more sensitive to commodity price fluctuations, the report said. We have seen how the recent drop in oil prices has helped spur reform efforts in some emerging economies that have benefited from lower prices. They, thus, have been able to take advantage of this by removing subsidies, which can be costly for governments.

Sharply rising population and increasing wealth, coupled with economic growth and urbanization trends, especially in emerging-market regions, can support the development and accelerating growth of infrastructure assets. Meanwhile, fiscal constraints and low growth rates in many large developed economies could reduce potential government infrastructure spending in developed markets over the next 20 years.

We are seeing emerging markets respond to this need for infrastructure both by reforming and expanding at home as well as seeking greater foreign investment, in many cases from other emerging markets. As part of efforts to foster stronger relations with Latin America, China’s Premier Li Keqiang visited Brazil, Colombia, Peru and Chile in May, reaching agreements on production capacity cooperation and signing more than 70 cooperative documents in energy, mining, infrastructure, and scientific and technological innovation. The establishment of a US$30 billion fund to support production capacity cooperation was also announced. China and the Eurasian Economic Union, whose members include Armenia, Belarus, Kazakhstan and Russia, also signed a joint declaration to begin working on an economic and trade cooperation deal.

In April, China’s President Xi Jinping visited the frontier market of Pakistan, where various trade, energy and infrastructure agreements were signed as part of a US$46 billion plan toward establishing a China-Pakistan Economic Corridor, a network of roads, railways and pipelines.

Indian Prime Minister Narendra Modi visited China in May where he met with President Xi Jinping and Premier Li Keqiang. In addition to cooperation agreements in sectors such as education and high-speed railways, investment agreements in renewable energy, ports and industrial parks, together worth about US$22 billion, were also signed by the two countries. Last month, Modi also announced a US$1 billion credit line to support infrastructure development in Mongolia.

We’ve also seen Brazil recently announce a new series of infrastructure projects, where roads, bridges, tunnels and a number of other projects will be privatized. Brazil has tried to privatize before, but in many cases the terms were too tough and investors were turned off by the prospects of funding unprofitable projects. Given weakness in Brazil’s economy today, the government is revising its stance and making the project offerings more attractive to investors. The winning bids will pay the government up front, which will help relieve its budget problem. I believe that with the private sector driving many of these new projects in Brazil, things will move faster and hopefully, the amount of corruption can be reduced. During Chinese Premier Li Keqiang’s trip to Brazil, more than 30 agreements worth a combined US$53 billion were signed in a number of sectors including infrastructure, trade, energy and mining.

Meanwhile, Thailand has been investing outside its borders, and is the second-largest foreign direct investor in Myanmar behind China, involved in areas from oil and gas exploration to financial services. Myanmar has also granted approvals to projects by investors in Japan, Singapore and South Korea. According to Myanmar’s Directorate of Investment and Company Administration (DICA), hundreds of companies in 38 foreign countries have so far invested more than US$55 billion in 12 sectors in Myanmar.4 We think Myanmar has the promise to become a large, dynamic market, and we see lots of potential opportunities there.

No matter where commodity prices are headed, we believe demand for infrastructure in emerging markets will likely continue. For that reason, we continue to be interested in natural resource stocks, as well as companies involved in infrastructure development.

2. Source: US Energy Information Administration Short-Term Energy Outlook, June 7, 2015. There is no assurance that any estimate or forecast will be realized.

4. Source: Directorate of Investment and Company Administration (DICA), as of May 2015.

Data from third party sources may have been used in the preparation of this material and Franklin Templeton Invest¬ments (“FTI”) has not independently verified, validated or audited such data. FTI accepts no liability whatsoever for any loss arising from use of this information and reliance upon the comments opinions and analyses in the material is at the sole discretion of the user. Products, services and information may not be available in all jurisdictions and are offered outside the U.S. by other FTI affiliates and/or their distributors as local laws and regulation permits. Please consult your own financial professional or Franklin Templeton institutional contact for further information on availability of products and services in your jurisdiction.