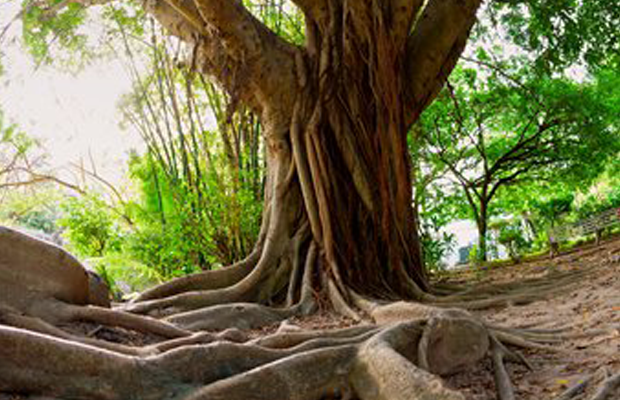 As we see it, one of the biggest advantages emerging markets have offered investors is a strong growth story: Over the past decade, growth in emerging markets has outpaced growth in developed markets by more than double. Growth in gross domestic product (GDP) looks like it will continue to outperform that of developed markets for at least the next five years, according to estimates by the International Monetary Fund.1 We are often asked why economic growth and stock market performance don’t always directly correlate in a given year, and if that’s the case, does a nation’s GDP growth matter at all when it comes to investing in equities? While it’s true that growth and stock market performance can be divergent at times, there is no question that growth matters since company earnings depend on general economic growth. Markets in emerging Asia as well as frontier markets in Africa have been growing even faster than the overall average for emerging markets over the past few years, and we expect that trend should continue this year. Rapid advances in technology have helped fuel the growth spurt, as emerging and frontier markets can take advantage of technological advancements while leapfrogging over the development phase; for example, bypassing bank branches and trading floors for electronic transactions. We also think a major reason for this growth  is tied to demographic trends. Younger age groups generally dominate populations in emerging nations in Asia and Africa, in contrast to many parts of the developed world and even more established emerging markets such as China, which are experiencing aging populations. For example, the median age in Malaysia is 28 years and in Kenya, 19 years, while the median age in China is 37, and in Japan and Germany it is 46.3 People under the age of 40 are typically entering the most productive years of their lives; they are actively earning income and starting families. In the process, they are buying a variety of products, from consumer goods to vehicles to homes.

Economic growth on a year-by-year basis may not necessarily result in high stock market performance, but over time improving growth should be reflected in corporate earnings. However, that still begs the question of why a country’s stock market can often move out of sync with growth trends. Argentina is an interesting case study. Despite undeniable economic malaise, Argentina’s stock market was one of the best performers globally in 2014, and the Merval Index is up more than 30% year-to-date in 2015.4

If you look at the various economic indicators in Argentina, you find a cocktail of bad news. GDP growth was barely positive in 2014 and is expected to decline in 2015, while inflation (as measured by consumer prices) is expected to increase more than 18% in 2015.5 The government’s fiscal accounts have been deteriorating, and it has been pursuing interventionist policies: currency controls, capital controls, and import and export controls. As a foreign investor, you’ll find pretty much everything you don’t want in Argentina! Meanwhile, the stock market has been doing well. According to our team in the region, part of the reason is because wealthy individuals in Argentina who want to preserve their assets in the country are flocking to stocks, property and gold, viewed as among the most convenient and liquid investments.

Additionally, hope for change in Argentina has also likely been contributing to positive stock market performance. Many investors are putting their hopes on political change when the country’s general election takes place in October of this year. Argentine stocks were cheap relative to peers in Latin America a few years ago, but given the recent move, that’s not generally the case anymore. Remember—the market tends to be forward-thinking, so that’s where you see a mismatch with economic statistics, which are backward-looking. We will be watching the election closely for potential opportunities to increase our exposure there.

When I was investing in Argentina in the early 1990s, inflation was running at some 1,000%, and it was very difficult to make earnings projections for companies. I had to make investment decisions on different criteria; I’d look at the price-to-book ratio instead of price-to-earnings, for example. People said I was crazy—but sometimes you have to adjust your value orientation when there are distortions in an economy. Looking at the book value of companies enabled us to purchase company assets at what we viewed to be discounted prices, since the stock market was so depressed.

Around this time, I had met with the president of a prominent Latin American newspaper and broadcasting conglomerate. This independent group was very brave in opposing Argentina’s government. The government came down hard on it, even restricting the supply of newsprint for its newspaper. After studying the situation and talking with management, I thought the company would ultimately survive, so I felt comfortable investing in it. It’s a case where, after you have done your investigations on the management and have confidence in them, you should take a long-term perspective on the situation to get past a difficult period.

Of course, we have also found a number of markets where geopolitical or other events have frightened investors and caused short-term stock market selloffs, while GDP growth continued at a good clip. Since we still believe growth matters, the challenge for us is how to take advantage of growth trends when making investments. In many cases, we focus on the banking sector because those stocks tend to be the entities that generally reflect the health of an economy. The other area of interest to us is consumer goods—mass-market products like beer, soft drinks, snacks, instant noodles, and the like. These are the kinds of items consumers buy at an increasing pace in emerging and frontier markets when they have extra cash to spend. A couple of years ago, we visited a soft-drink bottler in Nigeria and asked them who their biggest competitor was. Usually you know the answer—it would be a rival soft-drink company. However, in this case, the answer was additional time for cell phones, which may seem surprising but really makes sense when you think about it. Consumers in many of these markets have limited money to spend, so companies are competing for a certain price ticket. A consumer may have to choose between buying a soft drink or time to talk on the phone.

So, we have found that companies in the consumer or retail space with a high market share can benefit from rising consumption and GDP per capita. These investments are particularly attractive if profit margins can be improved. We also see areas in the building industry, such as cement, as having a more direct relationship with GDP growth than some other types of companies. Of course, even in a fast-growing economy there will be losers as well as winners, so we need to identify those companies we believe are capable of benefiting from the economic growth.

1. Source: International Monetary Fund Economic Outlook Database, April 2015. There is no assurance that any estimate or forecast will be realized.

4. Source: Bloomberg, year-to-date through June 22, 2015. Indexes are unmanaged, and one cannot directly invest in an index. Past performance does not guarantee future results.

5. Source: International Monetary Fund World Economic Outlook Database, April 2015. There is no assurance any estimate or forecast will be realized.