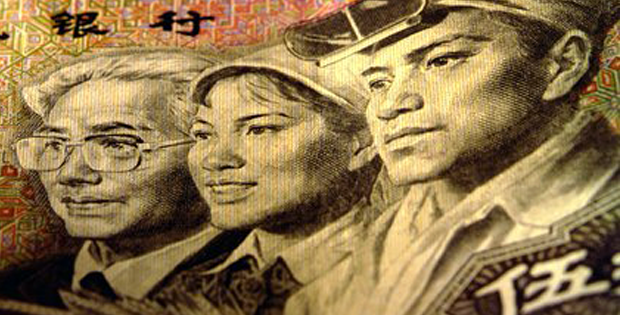 After a volatile month for China’s stock market in July, currency moves made news in August. On August 11, the People’s Bank of China (PBOC) made an adjustment that sent the yuan to its lowest rate in three years versus the US dollar. The next day, another adjustment was made, causing the currency to fall to 6.33 per US dollar.1 The currency devaluations followed a report that showed a drop in exports in July. Thus, the currency weakening allowed by the PBOC was seen by some commentators as an attempt by the Chinese government to help drive exports, since a weaker currency makes China’s goods more globally competitive.

The recent action in China’s stock market and its currency has caused a heightened attention to Chinese government policy decisions. The decline in the currency (officially called the renminbi/RMB) triggered currency depreciations in a number of other countries, as well as declines in a number of global equity markets. All this attention certainly demonstrates how important China has become within the global economy at large.

Once pegged to the US dollar, the renminbi exchange rate has been allowed to float since 2006 within a specified range around a fixed base rate or midpoint the PBOC determines. This range or margin has been adjusted periodically and was fixed at a 2% per day maximum rise or fall. The central bank had total control over where the midpoint was set, but it announced that going forward, it would change how the currency’s daily trading band would be calculated. After Tuesday, August 11, the midpoint would be based on the previous day’s closing price.

China has stated the currency adjustments were made in attempt to move to a more market-driven exchange rate. It has embarked on a program to make the economy more market oriented, which means relaxing many of the restrictions it has had, including widening the range in which the currency can trade. Less than two years ago, the maximum range of currency movement was at a much tighter 1% up or down.

While year-to-date China’s stock market performance has been strongly positive, this summer we have seen some heightened volatility and a sharp correction, prompting some government interference that in our view, conflicts with this goal of allowing market forces to dictate prices. But in the case of the currency, I believe China is definitely on a path to liberalization, and widening the band of where the currency can go is simply part of this liberalization process and not necessarily a straightforward devaluation.

The PBOC also announced it would enhance the flexibility of RMB exchange rate in both directions and keep the exchange rate basically stable at an “adaptive and equilibrium level,” enabling the market rate to play its role, and improving the managed floating exchange rate regime based on market demand and supply.

A Tale of Two Currencies

The renminbi actually has two prices. There is an onshore renminbi that trades in mainland China and is subject to the PBOC’s trading band, and the offshore, which trades freely. As the offshore renminbi is actually weaker than the onshore, going forward, we could see some further devaluation of the onshore to move the two in line, but it won’t likely be excessive, in my view. I think the Chinese policymakers are going to continue to be very careful in how they move forward and will not likely make dramatic changes to the currency.

China has made a number of currency agreements with individual countries. In Argentina, for example, it has done a swap deal where China took Argentine pesos in exchange for renminbi, which could be used to purchase commodities and other goods in Argentina. China has also undertaken many other similar agreements in attempting to further liberalize the currency and broaden international use of the renminbi.

China wants to see the renminbi become a global reserve currency, an important step being its acceptance in the International Monetary Fund’s (IMF’s) Special Drawing Rights (SDR) basket, which includes the US dollar, the euro and the Japanese yen. Closer to home, China is using Hong Kong as a base, or test, to see how its offshore currency can move in a more liberal environment. People can open bank accounts in Hong Kong denominated in renminbi as well as Hong Kong dollars, US dollars and other currencies. To me, this whole process underlines the way the Chinese officials tend to behave, cautiously making changes step by step.

There is no question that China wants to see the renminbi achieve reserve currency status, and the government’s recent intervention in the stock market prompted some observers to question whether these actions would constitute a setback toward that goal. However, I believe the IMF’s SDR decision is likely going to be based on one key determinant: the degree to which the currency is freely traded around the globe. The renminbi is not there yet. China does seem to be moving in that direction, however, because officials are quite eager to be accepted in the SDR basket, a milestone in achieving reserve currency status.

On the surface, one may see China’s currency devaluation as interventionist, but upon further inspection it may be viewed as the opposite. After the currency adjustment on August 11, the IMF stated, “the new mechanism for determining the central parity of the renminbi announced by the PBOC appears a welcome step, as it should allow market forces to have a greater role in determining the exchange rate.”2

The IMF stated its belief that China could achieve an effectively floating exchange rate system within two to three years. It also announced that the recent currency adjustments had no direct implications for the criteria used in determining the composition of the SDR basket, but that a more market-determined exchange rate would facilitate SDR operations.