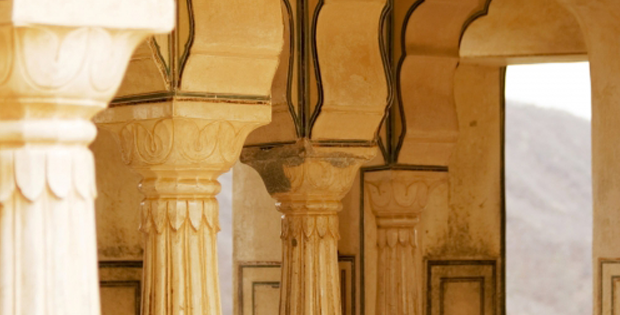 This year the global financial markets have been largely focused on China’s growth story and the US Federal Reserve’s possible monetary policy actions. Many investors may not realize that India—the world’s third-largest single economy based on purchasing power parity—is expected to have a higher growth trajectory than both China and the United States this year and next.1

With very high interest rates in India and the effort to bring them lower, inflation is a hot topic. The Reserve Bank of India (RBI) has always been reluctant to lower interest rates in the face of high inflation, but there is considerable confusion about inflation in India. Looking at India’s wholesale price index (WPI), it would seem that the country is in a deflationary mode since the reading on that index was -4.54% as of September 2015.2 However, inflation as measured by the consumer price index (CPI) was +4.41%, as of September 2015.3 This gap is a concern to anyone looking at the inflation numbers and trying to make sense of them—as well as what the market implications may be.

Members of the Indian government and some prominent businessmen have complained about high interest rates, but RBI Governor Raghuram Rajan had been reluctant to lower interest rates too quickly and too much, fearing inflation could flare up. The RBI acquiesced on September 29, lowering its key lending rate to 6.75%, the fourth rate cut this year. In its official statement, the RBI cited downside risks to growth and a drop in the headline CPI in August to its lowest level since November 2014. However, the RBI also noted that inflation is likely to go up going forward—at least for a few months—as some favorable effects seem likely to reverse. I think the RBI will remain very cautious going forward in terms of lowering interest rates further, but a lot will depend on domestic inflation, and whether economic growth accelerates or ebbs. There’s no question that since 2013, both consumer and wholesale prices have come down substantially in India. However, there is a realization that the WPI is quite different in composition from the CPI. The WPI is focused on prices of tradable goods such as fuel and steel, which have fallen dramatically on international markets. The CPI is more focused on items such as food, beverages, housing, utilities and clothing, where international commodity price movements do not have as big an influence, at least in the short term. The debate continues, but the falling trend in both inflation indices augers well for Indian interest rates, and we think this should be supportive to India’s equity market—assuming there are no unexpected external shocks.

When the new government was elected in the spring of 2014, it seemed everyone was excited about India’s prospects, and India’s stock market surged in the aftermath. While sharing the people’s optimism, we knew it would be difficult for all Prime Minister Narendra Modi’s talked-about reforms to actually get implemented. However, the measures we have seen so far have been good, and any steps that India can take in the right direction are welcome to us as investors. Certainly, we would have loved to have had all of Mr. Modi’s promised reforms implemented immediately, but recognize it is a difficult task when opposition parties—which have stymied some of the legislation—have to be brought on board. Even if Mr. Modi achieves a smaller fraction of his promised reforms we would see that as success.

This year Mr. Modi has been busy traveling the world and meeting with various country leaders. In September, he visited the United States, meeting not only with US President Barack Obama but also technology titans in California’s Silicon Valley to spur investment and encourage production and entrepreneurship in India as part of his “Make in India” campaign. Launched in 2014, this effort encourages multinational and domestic companies to manufacture in India, with the goal of transforming India into a major global manufacturing center. It targets 25 different sectors of the economy including automobiles and parts, aviation, chemicals, information technology and pharmaceuticals. India has had some recent successes in attracting foreign investment, but there is certainly room for more. Manufacturing represents only 16% of India’s gross domestic product (GDP) and 1.8% of world output; in contrast, manufacturing in China represents 34% of its GDP and accounts for 13.7% of world manufacturing.4 To keep manufacturing humming along, infrastructure is vital. We think more progress is needed in this area, as well as reforms that would make India more attractive to foreign investors in general, including tax and labor reforms.

One positive for India in regard to its manufacturing ambitions is its youthful demographic; the median age in India is 27, compared with 36.8 in China and 37.8 in the United States.5 We have high hopes for India’s future, so we remain quite interested in India and continue to seek out investment bargains there. Given current market conditions, we are looking to diversify our exposure to Indian equities through a mix of commodities-oriented, export-oriented and domestic companies. In particular, we are focused on companies that could benefit if India’s currency continues to weaken, and if oil prices remain suppressed.

For the last few months, emerging markets generally have underperformed developed markets, and India’s market has likewise suffered some bouts of volatility. However, we think this will change in the near future because of two important reasons: first, many investors are underweight emerging markets as they have been rotating out of this asset class, and second, emerging economies in general have experienced stronger economic growth trends than developed markets over the past decade, a trend that we expect to continue. India’s GDP is expected to grow 7.3% in 2015 and 7.5% in 2016,6 and while this year’s forecast may be a little softer than prior forecasts, it is certainly quite robust.

Data from third-party sources may have been used in the preparation of this material and Franklin Templeton Investments (“FTI”) has not independently verified, validated or audited such data. FTI accepts no liability whatsoever for any loss arising from use of this information and reliance upon the comments, opinions and analyses in the material is at the sole discretion of the user. Products, services and information may not be available in all jurisdictions and are offered by FTI affiliates and/or their distributors as local laws and regulation permits. Please consult your own professional adviser for further information on availability of products and services in your jurisdiction.

2. Source: Government of India, Ministry of Commerce and Industry.

3. Source: Government of India, Ministry of Statistics and Programme Implementation.

6. Source: IMF World Economic Outlook, October 2015. There is no assurance that any projection or forecast will be realized.