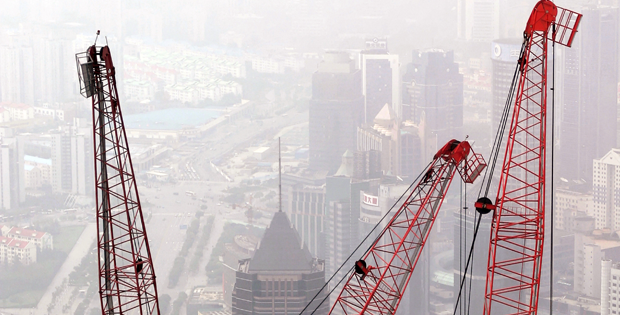 There has been great concern regarding the slowdown of growth in China and its impact on commodity demand and, therefore, commodity prices. Crude oil’s price gyrations tend to get the most attention, but China’s share of global oil consumption is about 12%, which is significant but less than that of the United States.1 One could argue that Chinese demand patterns likely have played an even greater part in influencing prices of many other commodities where China holds an even larger share of global consumption. China’s share of global grain consumption was around 22% in 20142 and its share of global metal consumption tripled from 13% in 2000 to 47% in 2014.3 China is a key consumer of aluminum, nickel, copper, zinc, tin and iron ore. Of course, China isn’t only a consumer of raw commodities—its growing middle class has been exerting formidable purchasing power and spawning new domestic industries that are of keen interest to us as investors, including cosmetics, entertainment (cinemas, music) and more.

As China continues its transition to a domestic-led economic model from one that has been primarily export based, the country’s overall gross domestic product (GDP) growth has slowed. A slowing in growth is to be expected given the tremendous increase in the size of China’s economy over the past couple of decades, but we must not forget the dollar value of its economy has grown tremendously. There has been some debate about how China’s demand for commodities overall will change as its economic model shifts. We think China’s energy and metal consumption is more likely to increase than decrease over the long term given the tremendous growth and improvement in infrastructure that is still needed in China compared with developed countries. This sustained demand is likely to be fueled by continued migration from rural areas in China to the cities, in our view. However, we recognize that demand may not meet previous expectations of various commodity-producing firms, which may have overestimated demand growth from China and other parts of the world.

Importance of Iron Ore in Infrastructure

The demand for iron ore—a key component of steel and of critical importance in infrastructure—is of particular significance to China, which holds 50% of the world’s share of crude steel production.4 Of course we expect that share could decline as China’s economy becomes more consumer-oriented and less dependent on infrastructure for growth while other countries such as India enter a period of high infrastructure development. In any case, China currently has become so influential that the global benchmark price of iron ore—which used to be determined in Japan—is now based on the price on delivery at Chinese ports. China’s booming steel production, however, has come with a cost—clouds of pollution over its capital Beijing.

Premier Li Keqiang has vowed to find solutions to clean up the air, including stiffer penalties for violators of anti-pollution laws and regulations. Ceremonies in Beijing tied to the 70th anniversary of the end of World War II in early September resulted in the closure of thousands of steel factories in the region and the stoppage of thousands of construction sites in order to cut down on pollution during the events. The government also has enacted policies to cope with overcapacity in the steelmaking area, shifting some production from Hebei province (responsible for most of Beijing’s smog) to the coastal areas. Recycling of steel is also expected to increase in China, which could impact long-term trends in production, pollution—and prices.

While we certainly can’t predict where commodity prices will go next, we do know that as a result of its large role in commodity consumption, China is now becoming a center for commodity trading previously dominated by London and New York. One example of this is the purchase of the London Metal Exchange in 2012 by the Hong Kong Exchanges and Clearing Ltd. While the concern about China’s demand for raw materials is certainly noteworthy, I find the blossoming of new industries and services in China perhaps an even more compelling story. Our team is looking for potential investment opportunities in China that are driven by a shift in consumer tastes and trends as wages improve and the middle class continues to expand. As I travel around China, I’m finding industries that didn’t exist decades before and are now leaving a footprint on the economy.

Music is one example. As in other parts of the world, music is a vital part of Chinese life. Walking down the streets of the various Chinese cities I have visited, I’ve spotted a number of karaoke parlors, a testament to its growing popularity. Assessing the popularity of various Chinese artists, however, is a full-time job, and one that is more complicated in China than perhaps in some other countries. While in the United States the main source is Billboard, a music industry magazine that tabulates a list of top songs and album sales, in China there are numerous music charts. According to one report, a Chinese music video streaming site is vying for leadership in the field by teaming up with Billboard to list the Chinese firm’s weekly Chinese pop-music statistics on its website. The music industry globally is taking notice of the growing influence of the Chinese consumer. For example, the US rock band Bon Jovi recently recorded a popular song in Mandarin.

Currently the Chinese music market is small, with estimated digital music revenue of about US$91 million per year in 2014, while in the United States it was US$3.5 billion, according to the International Federation of the Phonographic Industry. Official statistics indicate that more than 400 million people in China listen to music online, but it’s a tough market because it is becoming more and more difficult to get these online listeners to pay. There must be new ways of measuring listenership and generating revenue. One industry website gauges weekly song popularity by fan clicks and posts the information on its own official site in addition to data from microblog platforms. Many Chinese fans are also willing to pay to let their “likes,” or favorites, be known on the Internet. One unique complication for the Chinese music industry is that Chinese pop songs are now sung not only in Mandarin but also Cantonese.

As China is becoming more and more urbanized and per-capita incomes are rising, it is also not surprising that China has been catching up with the United States in other areas of consumption, too, one being cosmetics. Annual sales growth of beauty and personal care products in China has been outpacing global cosmetic sales growth, and global sales of skin care products in Asia overall are expected to make up nearly half of all global skin care sales this year.5

Most of China’s cosmetics and skin care market is dominated by foreign brands, so local firms have a lot of catching up to do. South Korea has been a major influence in this area, as a quarter of its cosmetics exports land in China.6 Distribution of cosmetics in China is made through supermarkets and hypermarkets, department stores, cosmetic specialty stores and online.

In our view, the future is bright for both the music and cosmetics industries—among others—in the world’s most populous country. While China’s growth rate overall may be slowing from decades past, that is not something that worries us, as we believe China will remain a powerful global growth driver and influence in many industries for years to come.

1. Source: World Bank, “How Important Are China and India in Global Commodity Consumption?” July 2015, based on 2014 data.