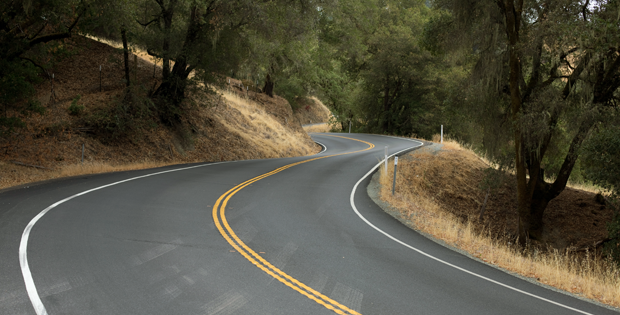 New-year celebrations in the Western world gave way to concerns about China as its stock market opened 2016 with a loss, triggering declines in equity markets globally. The 7% decline in China’s domestic A-share market on January 4 was enough to trigger China’s new circuit-breaker system, halting transactions on the first day of trading in the new year and prompting government intervention to prop up stocks.

Retail investors were certainly involved in the selling but also large shareholders, particularly top company executives who hold shares in their own companies. This is why the Chinese government has put restrictions on the amount they can sell. To ease the panic in the market, China’s securities regulator (the China Securities Regulatory Commission) just announced a cap on the size of stakes that major investors would be allowed to sell to only 1% of a company’s shares. This would be effective for three months starting on January 9. The entire psychology of the market has not been good for a few reasons, one being the decline of China’s currency, the renminbi (RMB), which has prompted investors to exit RMB-denominated assets such as Chinese-listed shares, and also because of the fear that the Federal Reserve’s decision to raise rates in the United States could negatively impact other economies. There is still some uncertainty about further rate changes ahead but the current expectation is that US interest rates may even go higher.

Clearly, many investors are worried right now. As we see it, there is no question that China should continue to have strong growth this year, but one might say China is facing a bit of a conundrum. On the one hand, the government wants stability, but on the other, it also is striving toward more openness. That means we could see more volatility in China’s market this year as these conflicting forces play out.

It’s important to remember that China’s economy is a planned economy, something that I think has been overlooked by many people when they ponder the possibility of bank failures, overleverage and other worst-case economic scenarios. At the end of the day, the Communist party (the state) is determining the direction of the economy and, in our view, has the wherewithal to take measures it feels are needed to further its goals. However, going forward it will be difficult for China’s government to maintain control if the goal is for a more open economy. The writing is on the wall in the sense that China aims to free the economy and particularly the RMB. This will likely be done in stages, very gradually, to help promote the desire for stability. I think it’s important for anyone interested in understanding China’s goals—and the potential market implications—to read the 10 points of the plenum, which outline the direction of the economy. Some industries will be reorganized; some will be de-emphasized. But the country’s direction seems clear to us—toward a more open economy, a more market-oriented economy that adjusts to international movements of capital with the RMB not only a reserve currency, but a major international trading currency.

We think the type of market volatility we have seen will likely continue this year, and not only in China. Volatility is increasing in many markets and it’s something investors will likely need to learn to live with. We view periods of heightened volatility with the lens of potential investment opportunities—allowing us to pick up shares we feel have been unduly punished. But we understand these types of conditions are difficult for people who are afraid of volatility. In the case of China, the government’s efforts to maintain stability on the one hand and to allow a freer market on the other is a difficult balance to achieve.

That said, we are not terribly concerned about growth in China, nor its long-term investment prospects. We would dub current 2016 projections of about 6% in gross domestic product growth1 as quite strong given that the size of the economy has grown tremendously in dollar terms from that of a few years ago, when growth rates were stronger but with a smaller base. This is another aspect we think many investors may be missing when they see growth slowing. (See chart below.) The fundamentals in China are still excellent, in our view. It is one of the fastest-growing economies in the world even if the growth rate has decelerated. We continue to look for investment opportunities in China, and are confident in the long-term growth story we see there in light of a planned shift in its economy from an export-oriented model to a more domestic-focused one. China is also going through a dramatic transition from a rural society to an urban society. For a more in-depth look at the structural and economic changes taking place in China, I encourage you to check out “China: Searching for a New Equilibrium” by my colleague Michael Hasenstab, CIO of Templeton Global Macro. US investors can view it here. Investors outside the United States can view it here.

All investments involve risks, including the possible loss of principal. Investments in foreign securities involve special risks including currency fluctuations, economic instability and political developments. Investments in emerging markets, of which frontier markets are a subset, involve heightened risks related to the same factors, in addition to those associated with these markets’ smaller size, lesser liquidity and lack of established legal, political, business and social frameworks to support securities markets. Stock prices fluctuate, sometimes rapidly and dramatically, due to factors affecting individual companies, particular industries or sectors, or general market conditions.