I recently traveled to Latin America and had the opportunity to visit and collaborate with a number of our team members based in the region, including Rodolfo Ramos Cevallos, who works out of our office in Mexico City. Oil prices have certainly had an impact on Latin American economies—for better or for worse—but it was clear to us that Mexico has many potential growth drivers, with reform efforts playing a key part. I’ve invited Rodolfo to talk more about the economic prospects in his home country. 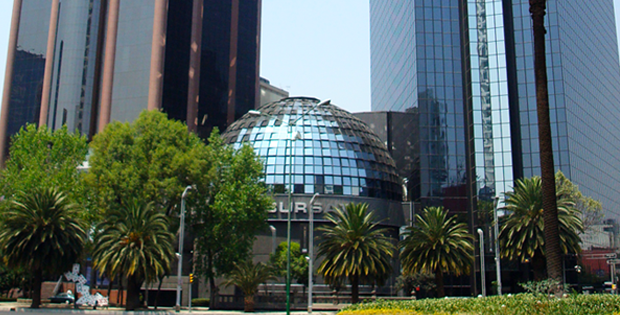 This post is also available in: Chinese (Simplified), Spanish, Polish

Over the last two decades, Mexico has taken decisive steps to integrate with the global economy through trade agreements, so it can be affected by external factors such as slowing global growth. While 2015 was a challenging environment for investors—including those in Mexico—we think Mexico stands out from many other countries in Latin America, and as well as other emerging markets, for a number of reasons. Mexico has developed into a high-value-added exporting powerhouse to the United States. It has passed structural reforms geared to encourage competition and attract investments at a time when most countries are shying away from private investment and liberalization, and it has stable fiscal and macroeconomic management. Because of this differentiation, Mexico’s equity market has been able to outperform broader Latin America as well as emerging markets overall (as measured by MSCI indexes) in the last one-, three- and five-year periods.1

Currently, we are seeing opportunities in the export sector, which has benefited from a weakening in the Mexican peso versus the US dollar over the past couple of years. The automotive industry is a good example; Mexico is the seventh-largest automobile manufacturer in the world and largest supplier of automobile parts to the United States.2 Production of light vehicles has been on the rise, expected to grow from 3.2 million units annually in 2014 to more than 5 million units by 2020.3 We are also seeing bargains in the mining sector. While the mining sector has been out of favor in recent years, we have been able to find cost-competitive companies in Mexico with solid balance sheets that appear well-positioned to potentially benefit when the cycle turns.

Within Mexico, we are also finding opportunities in the banking and financial services sectors and believe banks are likely to continue to grow as younger generations get more comfortable using credit than perhaps their parents or grandparents were. Overall loan penetration in Mexico currently stands among the lowest in all of Latin America, and we believe financial services companies should do well as new industries (namely energy and oil) get listed and monetized in the equity market.

The Mexican peso is one of the most liquid currencies in the world and the most liquid in emerging markets, which is why it is widely used by market participants to hedge emerging market risk. A large derivatives market also drives currency prices. The peso has historically been correlated with oil prices due to Mexico’s oil assets and the government’s dependence on them for tax revenues. These dynamics pushed the peso to an all-time low versus the US dollar at the beginning of the year. The peso’s dismal performance has been a major area of frustration and concern for global investors, especially considering Mexico’s stable macroeconomic outlook. Mexico’s central bank, Bank of Mexico (or Banxico), has historically taken a hands-off approach to foreign exchange markets. However, this extreme volatility prompted Banxico to announce a surprise interest rate hike in February and to directly sell US dollars to banks (instead of its routine US dollar auctions) to bolster the currency. The Mexican peso reacted positively to these actions, but it currently remains undervalued, according to our calculations.

Monetary policy is very much coordinated between the US Federal Reserve and its Mexican counterpart, which should limit any adverse impacts from a tightening cycle in US monetary conditions. However, we believe any US tightening will be a slow and gradual process due to stubbornly low inflation in the United States, expected at a mere 1.3% for 2016, based on the current Bloomberg consensus forecast.4 We do not foresee a material impact on Mexico’s economy from a gradual increase in interest rates in the United States.

The Impact of Oil, and Reforms

While oil is meaningful to the Mexican government in terms of revenues, Mexico’s reliance on oil is considerably less than is commonly believed, as oil represents only about 10% of its exports.5 With the decline in oil prices and an increase in economic activity, oil’s importance in Mexico has been significantly reduced in the last couple of years, with income tax and value-added tax (VAT) picking up the slack. Oil’s contribution to the federal budget has dropped by half in the last couple of years from about 40% in 2008 to about 20% in 2015.6 Unfortunately, consumers have generally not seen lower prices at the pump yet, but with the liberalization of the oil sector that could change in the coming years.

Throughout Latin America, governments can no longer rely on high commodity prices to help them finance key programs and projects, particularly related to infrastructure. So I think reforms are going to be very important. Energy reform in Mexico has opened up the oil sector to private investment through different participation schemes. Previously, the state-owned enterprise Pemex was the only firm that was allowed to capitalize on oil resources. Now, the newly established National Hydrocarbons Commission has the authority to auction fields to private parties. The commission has conducted three auctions so far, and each was more successful than the previous one, with the most recent auction securing a 100% assignment rate. The onshore fields already auctioned have low costs and have been profitable even at currently low oil prices. In addition to these auctions, Pemex will be able to partner with specialized oil players to develop its existing resources. The government is currently working on the rules governing the Mexican equivalent of a US master limited partnership (MLP) that will be used to list energy assets from Pemex and private parties. We believe all of these developments will likely lead to an increase in foreign direct investment.

In sum, the Mexican economy has been improving in a number of areas. Consumption has been very strong, and the government has been very proactive in announcing cuts as well as relying much more on private investment to finance a number of planned projects. Short-term market jitters aside, the US economy still looks strong, which should help Mexico going forward and make it an attractive place to invest.

All investments involve risks, including the possible loss of principal. Investments in foreign securities involve special risks including currency fluctuations, economic instability and political developments. Investments in emerging markets, of which frontier markets are a subset, involve heightened risks related to the same factors, in addition to those associated with these markets’ smaller size, lesser liquidity and lack of established legal, political, business and social frameworks to support securities markets. Stock prices fluctuate, sometimes rapidly and dramatically, due to factors affecting individual companies, particular industries or sectors, or general market conditions.

1. Source: MCSI. The MSCI Emerging Markets Index captures large- and mid-cap representation across 23 emerging market countries; the MSCI Latin American Index captures large- and mid-cap representation across five emerging market countries in Latin America. The MSCI Mexico Index is designed to measure the performance of the large- and mid-cap segments of the Mexican market. Indexes are unmanaged, and one cannot directly invest in an index. They do not reflect fees, sales or expense charges. Past performance is no guarantee of future results.

3. Ibid. There is no assurance that any estimate or forecast will be realized.

4. There is no assurance that any estimate or forecast will be realized.

5. Sources: Energy Information Administration, Bank of Mexico, based on 2014 data.

7. Based on the Consumer Price Index.