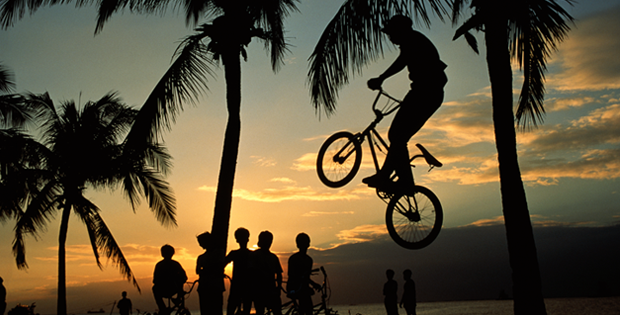 The Philippines, a nation in Southeast Asia made up of thousands of islands, has a new leader. After his opponents decided to withdraw from the election, Rodrigo Duterte was unofficially declared the country’s president. The question many investors are now asking is whether his victory is good news given his pro-business stance, or troublesome given his more authoritarian (and occasionally controversial) views. He labeled himself a “dictator” in the fight against evil and corruption. It seems the people of the Philippines embraced his outspoken and somewhat unpolished style. His popularity seems to stem from the fact he speaks his mind, expressing things others don’t dare to say (these traits may remind readers in the United States of one of its potential presidential hopefuls), but there is some worry about his being too totalitarian in some regards.

Some business people also worry that Duterte may be too left-leaning in some aspects (bordering on socialism) and thus the market may reflect a little uneasiness and a general sense of uncertainty. There is also concern that some of the positive government policies of the past administration might not be continued. The country’s global credit rating was raised to investment grade under President Benigno Aquino III, and growth rates have been strong over the past few years, with gross domestic product growth expected to reach 6% this year.1 That type of growth is clearly impressive, and there is some market fear that the progress Aquino has made within the economy may end with his term at the end of June.

Another important aspect of Mayor Duterte’s belief is that the Philippines should start moving toward unity. During his term in government, Duterte has kept friendly ties with the Communist Party of the Philippines (CPP) and was very close to the leader of this group. Duterte has proposed the inclusion of CPP members into his cabinet and this has sparked controversy within the business community. It remains to be seen if he can lead such a bi-polar cabinet in terms of political ideology. However, if the successful integration of the CPP into his administration is established, I think the Philippines can look forward to a new era of peace and unity that was never achieved in past administrations.

The Philippines has bounced back from adversity time and again, including its recovery from the devastating Typhoon Haiyan in 2013. “Resilient” is probably a good word to describe the Philippines and its people. The country has been relatively resilient to global economic shocks and has a similarly resilient domestic focus, aided by large remittances from about 10 million overseas Filipino workers and migrants.2 Since 2003, the country’s current account balance has recorded consecutive surpluses.

Of course, there have been challenges for the Philippines over the years, not only weather-related ones. Corruption has been a big obstacle. Aquino has worked to stamp it out, and passed a number of reforms and laws (including the Responsible Parenthood and Reproductive Health Act and the Sin Tax Reform Act) that outside observers felt were necessary despite an initial lack of popularity with certain groups within the country. Nonetheless, the Aquino administration made good progress in terms of attracting foreign investors, including removing restrictions on foreign ownership of banks (lifted in 2014).

Some observers say the victory of such a flamboyant personality reflects some of the discontent many Filipinos still feel—particularly the middle class who feel squeezed by what they perceive to be high taxes and a lack of government support. Infrastructure remains a noted sore spot for the country, and is clearly in need of improvement.

Based on his rhetoric and track record, it appears Duterte will be a strong hand of the government. He will likely continue to come down hard on criminals. So in that respect, he does represent a continuation of the Aquino anti-corruption stance (perhaps even more forcefully), which should be positive for businesses and the economy. Additionally, despite some socialist leanings, Duterte’s record as former mayor of Davao was actually one of being very business-friendly, with the major business groups in the city doing very well under his administration.

In our view, Duterte’s first 100 days in office will be crucial, and we will need to watch what initiatives he comes out with. Business people (including us) would like to see a continuation of the elimination of corruption and promotion of lean government which characterized Aquino’s administration. Based on his track record and campaign statements, there is a good chance Duterte will not only continue Aquino’s stance but may even come out harder against crime and corruption. He has the reputation for cleaning up Davao and even executed a number of criminals (which caused concern among human rights groups). Clearly, the Philippine population would like to have a strong and clean anti-corruption and anti-criminal government that will come out hard against criminals, and Duterte has the background to deliver that.

During my most recent visit to the Philippines, I spoke at an event celebrating the opening of a new apartment building for business process outsourcing (BPO) workers. I see great potential in this area; the outsourcing industry has become huge in the Philippines because of the availability of English-speaking young people. India is well known for BPO but the Philippines is taking market share—this year the BPO industry in the Philippines is expected to employ some 1.2 million workers with US$25 billion annual income for the industry.3 This involves 24-hour operations with BPO workers having to travel to and from work at odd hours and workers living a unique daytime/nighttime lifestyle.

On a visit to the Makati and Fort Bonifacio areas of Manila, I was surprised to see the bars and restaurants humming at six in the morning as night-shift BPO workers were exiting their jobs to have drinks and dinner! The main problem for these workers seems to be travel to and from work, and their homes are often substandard. It’s estimated that 50% of Manila’s population is in need of affordable housing as supply has not kept up with demand. With a population of 15 million, Manila is one of the largest and most densely populated urban areas in the world, and has perhaps the worst traffic in Asia as a result of decades of infrastructure underinvestment. Young professionals live in suburbs and commute two or more hours each day to work, often sharing subpar rooms with up to 12 people. About one-quarter of the metro Manila population live in illegal squatter areas. Although real estate in the Philippines is among the cheapest in Asia, housing is still unaffordable for most young professionals.

Because of these subpar conditions, we think affordable housing to meet BPO-worker needs represents a potential investment opportunity. One building we visited was in a new suburb of Manila where more and more BPO operations were established, and while the units were small, the building had attractive amenities including security guards, a clubhouse with a movie screening room showing movies around the clock, a swimming pool on the roof, a coffee shop and laundromat so that the BPO workers could have a social life as well as a convenient place to stay near their offices.

We think the Philippines appears to be in a demographic sweet spot, and the country should continue to grow as long as there is no dramatic change in government policies and the path toward reform continues. It seems likely Duterte will continue to make progress in many areas. I am hopeful Duterte will stay on track and work in the best interests of his citizens. Taking a long-term view, I am optimistic the country will remain a good destination for international investors.

3. Source IT and Business Process Association of the Philippines (IBPAP). There is no assurance any estimate or forecast will be realized.