When discussing Latin America generally, political transitions toward market-friendly governments and acceleration of reforms are key changes we’d like to see as investors in the region. Certainly, these issues are front and center in Brazil as it hosts the 2016 Summer Olympic Games this month. The event comes at a time of great challenge for Brazil, and no doubt, there will be critics coming forward to discuss how Brazil manages the Games, as well as its economy. As often-contrarian investors, we are more inclined to focus on the long-term opportunities we see amid negativity, and the positive changes we see taking place. Here, I invited my colleague Gustavo Stenzel, executive vice president, managing director Brazil based in Rio de Janeiro, to share a brief update on Brazil from the team. 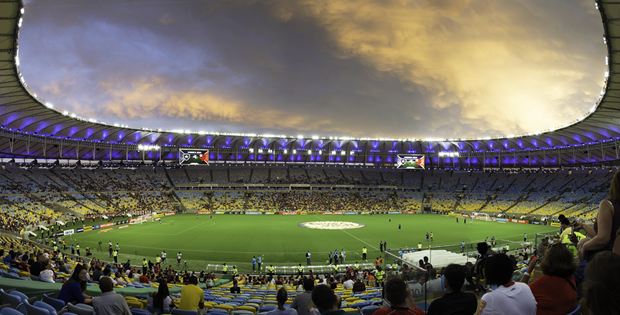 We believe Brazil offers a salient example of how political change can accelerate a turnaround in an economy and stock market. Brazil currently has an interim government, pending the Senate’s impeachment of former President Dilma Rousseff (seen as likely to occur this month), and the political transition has brought renewed confidence and an agenda of reforms not only within its government but also within Brazil’s regulatory environment, aimed at attracting more private investment. We are seeing a lot of interesting privatizations, concessions and a new pro-markets agenda that are basically opening up the country. Amid the optimism for change, Brazil’s currency, the real, has risen to its highest level in a year, and Brazilian stocks have surged more than 30% year-to-date.1

There is certainly a risk that Brazil’s political challenges could be prolonged, but the last few months have shown us that there appears to be tremendous support in Brazil’s Congress and among its population in general for a new kind of agenda, one that not only modernizes the state but also modernizes the economy.

Looking at the dour gross domestic product (GDP) figures in 2015–2016, we can see Brazil has been in a sharp recession. The International Monetary Fund forecasts a contraction in GDP in 2016 (-3.3%), but then expects GDP growth to return to positive territory in 2017.2 We are expecting a likely bottoming out of the economy and have seen some rays of hope in leading economic indicators recently. In June, industrial production increased for the fourth consecutive month and consumer confidence rose to its highest level in a year. Hopefully, the goodwill generated by the Olympics this month will continue to recharge people’s spirits.

When we look at the government picture, there has been quite a sharp fiscal imbalance in Brazil. The new government’s first steps included putting a cap on expenditures of the consolidated debt, as well as tackling structural reforms in labor, pensions and in other areas needed to modernize the country. There is also talk of further releasing the state’s grip on the oil sector as well as other industries and sectors. The appointment of a very experienced team in key positions adds a lot of credibility to Brazil’s transitional government, not only in terms of a strong economic team but also the heads of state-controlled companies. This is creating tremendous optimism, and since Brazil’s equity market is coming from such a low base over the last five or so difficult years, we think any improvement in the economy could have a tremendous impact on Brazilian companies and the business environment in general.

Earlier this spring, Mark and members of our team joined me in Brazil and shared their views on some potential investment opportunities. Here are a couple of links to prior blogs below we think are worth revisiting.

Mark Mobius shares his observations on a few of the many companies he and the team visited recently in Brazil, the challenges they are facing, and the ways they are working to overcome them. It is our job to pick and choose the companies we believe can survive and prosper when the situation turns brighter in Brazil, which we think it will in time. Read more

People find it difficult to believe the situation will turn around in a downtrodden market like Brazil, but we have found that, in general, the time of maximum pessimism marks the time when a bottom is near, and that’s the time we want to be investing. Read more

1. Source: Bloomberg LP, as of August 4, 2016. As measured by the Ibovespa Brasil Sao Paulo Stock Exchange Index. Indexes are unmanaged, and one cannot directly invest in them. They do not reflect fees, expenses or sales charges. Past performance is not an indicator or a guarantee of future performance.

2. Source: IMF World Economic Outlook update, July 2016. There is no assurance that any forecast, estimate or projection will be realized.