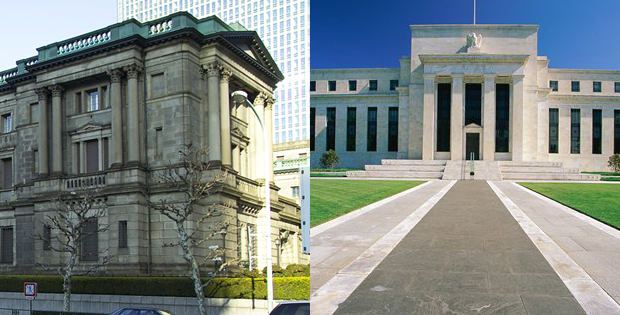 One of the most fascinating aspects of current markets around the world is the degree to which central banks appear to be influencing the movement of not only bond markets but also equity markets. The erroneous belief that higher interest rates always cause stock markets to decline and low rates always cause them to rise is widely held, so pronouncements on interest rates by central banks have added to market volatility. While we wait to see if the US Federal Reserve (Fed) will raise interest rates at its December policy meeting, you can see in the chart below that US interest rate increases haven’t always resulted in lower performance for emerging markets generally. So while short-term volatility could be expected, we don’t anticipate that a mild increase in US interest rates would have a significant impact on the financial markets, particularly when many other central banks around the world remain in easing mode. However, making predictions about short-term market movement is fraught with many possible errors, so it’s important to keep our eye on the long-term developments. Meanwhile, Japan offers an interesting case study of how monetary easing has affected its equity market and economy. The objectives of increasing inflation expectations with lower rates has not worked in Japan, so it is now taking a different tack by attempting to raise stock prices—thus putting money directly in the hands of consumers—through stock market appreciation in the hopes of spurring spending. The Bank of Japan (BOJ) has been purchasing assets including exchange-traded funds (ETFs) and thus, indirectly, company stocks.

While the BOJ elected not to cut interest rates or expand its current stimulus program further at its November policy meeting, BOJ Governor Haruhiko Kuroda said the central bank is ready to deploy “all available means” to hit its 2% inflation target, which means more actions to stimulate the economy may be coming. From a policy perspective, efforts to weaken Japan’s currency by lowering interest rates to negative levels has not worked and has attracted criticism, particularly from financial institutions. It seems that now the emphasis will be on weakening the yen as well as propping up stock prices. In the parlance of the gambling community, the BOJ has become the biggest “whale” in the market, holding a large share of stocks listed on the Tokyo Stock Market. Therefore, many investors have become increasingly focused not on company fundamentals but on the BOJ’s daily purchases. The central bank is buying ETFs according to the market weights of Japan’s Nikkei 225, the Topix and the smaller JPX 400 indexes. A decline in the yen versus the US dollar has typically caused Japanese stocks to rally (and a rise in the yen has typically caused stocks to fall), but this relationship has weakened with the BOJ making asset purchases.

The BOJ buying program is designed to favor companies with good corporate governance such as those that have complied with the Tokyo Stock Exchange’s corporate governance code by reducing or eliminating corporate cross holdings by selling their holdings in other operating companies. In any case, it’s estimated that the BOJ now owns about 60% of Japan’s domestic ETFs and it’s expected the BOJ could continue purchasing more ETFs through 2017.1 The government pension investment fund has also announced that it will increase its allocation to domestic equities so that the pension fund’s purchases could potentially rival those of the central bank.

The BOJ has become a top shareholder in the one of the world’s largest equity markets and already is one of the top five owners of 81 companies listed on Japan’s Nikkei 225 Index.2 The central bank is also on its way to becoming the number one shareholder of more than 50 of those firms, according to various estimates. Market bulls are happy with the BOJ purchases, but opponents say the central bank is artificially inflating valuations and ironically discouraging companies from becoming more efficient. Interestingly, Japan’s Nikkei 225 Stock Average is actually down more than 8% year-to-date, although one might argue its fate could have been worse without central-bank buying.3 In the chart below, you can see easing moves have not resulted in long-term positive performance in all cases for Japan’s equity market. Of course, the BOJ’s program is not unique. The Bank of England has a corporate debt purchase program worth about US$13 billion, and the European Central Bank has a similar program. There are certainly other such examples throughout market history, including during the Asian financial crisis of the late 1990s.

One worry is that as a result of the BOJ’s purchase program, the free float of companies will dry up and it will become hard for investors to trade in stocks. The falling liquidity could then result in more volatility. Another concern is that other central banks may follow the BOJ’s lead and transform equity markets around the world. Of course, for some equity holders this could be a boon but the downside is the potential for a bust that could follow.

As many investors around the world are searching for yield in an environment of low or negative interest rates, emerging-market equities and debt have been attracting investor dollars. The money central banks are providing is flowing out into markets globally, and emerging markets in general continue to offer a more compelling growth story than developed markets. For example, investors (many thought to be Japanese) poured a record US$1.45 billion in rupee-denominated Indian Uridashi notes this year, and India’s stock market is up more than 5% year to date.4 India boasts one of the fastest-growing economies in the world, with gross domestic product growth expected at 7.6% this year.5 Growth in emerging markets has been generally outpacing that of developed markets this year, and so has equity market performance.

Just one final thought on the recent US election, which could also bear some implications for monetary policy down the road as well as for emerging markets: If successfully enacted, the proposed expansionist policies of newly elected US President Donald Trump could result in faster growth in the United States; since the United States is the world’s largest economy, this, in turn, could have a positive impact on global growth. Trump has pledged to lower corporate taxes and increase government infrastructure spending, which would likely result in higher US corporate earnings. That additional money would then be available for US companies to potentially invest globally. I believe this would likely include investments in emerging markets.

While there can be unexpected shocks, we remain optimistic about the outlook for emerging markets in the year ahead.

1. Source: Bloomberg, August 14, 2016, “Bank of Japan’s Unstoppable Rise to Shareholder No. 1.”  There is no assurance that any estimate or forecast will be realized.

3. Source: Bloomberg, as of November 1, 2016. Indexes are unmanaged and one cannot directly invest in an index. They do not reflect any fees, expenses or sales charges.

4. Source: Bloomberg, October 25, 2016, “Japanese Fleeing Negative Rates Take Refuge in Indian Yields.” The S&P BSE SENSEX is India’s most tracked bellwether index. It is designed to measure the performance of the 30 largest, most liquid and financially sound companies across key sectors of the Indian economy that are listed at BSE Ltd. Indexes are unmanaged and one cannot directly invest in an index. They do not reflect any fees, expenses or sales charges. Past performance is not an indicator or a guarantee of future performance.

5. Source: IMF World Economic Outlook database, October 2016. There is no assurance that any estimate, projection or forecast will be realized.