While I can’t always respond to each of your questions directly, I do enjoy hearing from my readers and followers and value your feedback. I am quite delighted to see people from all over the world reaching out via my blog, Twitter and LinkedIn. As we wind down the year, I thought it would be a good time to respond to some reader questions. 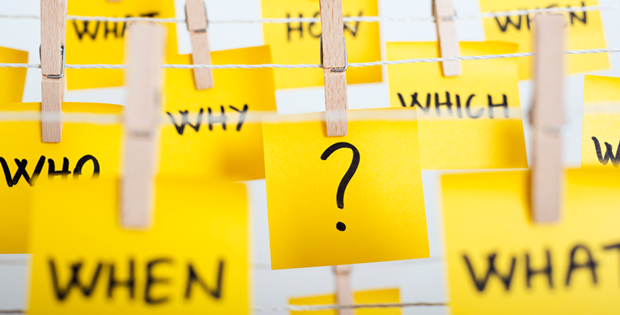 This post is also available in: German, Italian, Polish

A: Yes, I agree. In the case of the United States, the election of Donald Trump as president means a much-expanded US budget appears likely, along with higher spending and higher interest rates, which could result in a different type of environment than we have seen in recent years. Despite the recent US dollar strength, we could actually see dollar weakness in light of Trump’s desire to make US industry more competitive globally. While the global markets are likely to remain volatile for a period of time given the uncertainty surrounding potential US policies under a Trump presidency, I would expect much of the rhetoric we heard on the campaign trail may not result in any concrete action. While the president cannot directly impact monetary policy, it appears from his rhetoric that Trump may put pressure on the Federal Reserve (Fed) to raise rates—which actually seemed to be the Fed’s likely path even before the election. We will be watching to see how global monetary and fiscal policies unfold not only in the United States but also in Europe and Asia. We could see many interesting ripple effects.

Q: In a recent blog, you make a good case for increasing allocations to small caps. But how do we build allocation in the space, given an under-researched domain now? – Arun in India (via the blog)

A: In the small- and mid-capitalization area within emerging markets, there are thousands of stocks to invest in, so we don’t think there should be any problem finding potential buying opportunities. The proviso is that investors need to do research since, as you say, there is not much research on those thousands of companies. That’s why I believe one needs to use a lot of “shoe leather” to investigate the managements of those companies. In my opinion, doing so could result in the discovery of terrific bargains. We view small-cap companies in Asia in particular as offering potential for strong growth, while market inefficiencies, in part due to a lack of research coverage, can provide attractive opportunities.

Q: Turkey has many problems. What do you think about Turkish stocks? Are you looking for investment opportunities in Turkey? – Turan in Turkey (via the blog)

A: We intend to continue looking for investment opportunities in Turkey. We tend to be contrarian investors, so we actively search for opportunities in countries that are out of favor with other investors but where we see value, and that includes Turkey.

Q: Since 1987, we have not seen emerging markets become developed. Why is that? – Khoo in Tasmania (via LinkedIn)

A: The definition of exactly what is an “emerging market” can be based on a number of factors, including the size of the market, market access and currency convertibility. One key consideration is per-capita income. Based on per-capita income, many emerging markets are actually becoming developed (or moving closer to that designation) because their per-capita income has risen to the levels of developed markets. South Korea and Taiwan come to mind in that regard. Different index providers and other entities may have different classification systems. For example, the International Monetary Fund considers both South Korea and Taiwan to be “advanced economies.” Index provider FTSE considers South Korea as developed/advanced but not Taiwan, while MSCI considers both to be emerging. There are regular evaluations that can change a country’s classification status, and we have seen noteworthy reclassifications over the past couple of years. In June of this year, MSCI announced it would move Pakistan into the category of “emerging market” from “frontier market” previously, which goes into effect in 2017. And, in 2013, we saw MSCI move Greece in the other direction, from “developed” to “emerging.”

A: We regard South Africa as the most important market in Africa, followed by Nigeria, Kenya, Ivory Coast, Ghana and Zimbabwe. Despite some near-term challenges, we hold a positive long-term view on African markets in general, as they have the potential for strong economic growth, which, we believe, produces an environment favorable to corporate profitability and earnings growth. Much of this potential has not yet been fully tapped. Many African markets not only boast significant resources of oil, gas and hard commodities but also provide means to expand the production of soft commodities. We believe the opportunity is magnified by market valuations for African corporations, which often stand below those of their peers in more developed markets. South Africa’s political problems are certainly well-known, but the good news is that the democratic process is in place even though it may take time to work. In our experience, we have found managers of South African companies to generally be very capable and experienced. Many South African companies have expanded globally, so investing in a South African company means you often can get exposure in other parts of Africa and the rest of the world. The recent political developments have not impacted many companies to a great extent, and we see good things happening in the country that make us hopeful; for example, more and more of the younger people are getting involved in making the country better. As in other parts of the world, the hope and aspirations are with the youth. I believe they can and will make their country better.

Q: Which emerging market countries in Asia do you see most likely affected by the United Kingdom’s decision to leave the European Union (EU)? – Yacine in the Philippines (via LinkedIn)

Q: I’m a shipping professional and we only see grim pictures for international trade and raw material production. Can you explain how low commodity prices impact China? – Jing in China (via LinkedIn)

A: Commodity prices have seen a sharp rebound this year after several years of weakness, and we think prices may have bottomed. Going forward, we expect commodity prices to continue to recover, and see some attractive valuations among select sector stocks in this area. However, in my view, the immense impact China has on commodity markets—being the largest consumer of commodities for so long—will likely no longer be the factor that it was in the past. So, we can’t expect the high degree of Chinese trade in this area that we experienced in the past 10 years or so. Nevertheless, other fast-growing countries such as India may come to replace China and pick up the slack in regard to commodity demand. Demand could also come from a recovering United States, particularly with talk of increased US infrastructure spending that would require natural resources. In regard to the impact of low commodity prices directly on China, it generally has been positive since China is a big importer, and low prices help their costs.

Q: Why is India slowing down, despite a good monsoon season and comparatively low interest rates? – Kunal in India (via Twitter)

A: The government’s decision to demonetize high-denomination currency notes has certainly been a factor. The move to ban the old cash currency notes will likely have a negative impact on growth as well as on confidence throughout the country, and will create a number of inconveniences. While the intent of this process—to help reduce corruption—is a good one, the execution may be a bit rough. I think it will take a few months for a recovery from this event to take place. Nevertheless, India continues to have a high growth rate, with gross domestic product growth expected above 7% this year and next, which is higher than many other countries around the world—including China.1 I think growth could be even higher if efforts are taken to improve infrastructure. I also think India’s central bank can afford to cut rates further, as inflation isn’t a huge problem right now. Overall, we still view India’s prospects as bright and see much potential there in terms of investment opportunities.

1. Source: IMF World Economic Outlook Database, October 2016. There is no assurance that any estimate, forecast or projection will be realized.