Emerging markets started 2016 on a weak note as equities were buffeted by concerns surrounding China’s economy and falling oil prices. However, as the year progressed, positive factors took hold of investor sentiment, leading to emerging-market strength, which we at Templeton Emerging Markets Group believe offers a robust foundation for emerging-market equities as we look toward 2017. Here, Stephen Dover, managing director and chief investment officer of Templeton Emerging Markets Group and Franklin Local Asset Management, and I present our emerging-market equity outlook for the year ahead. 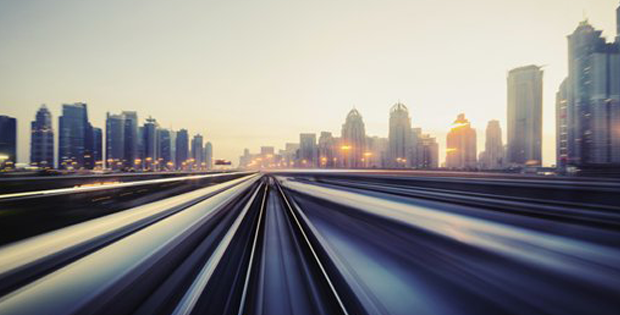 Following recent improvements, we expect macroeconomic advances to continue in 2017. This could bode well for top-line growth opportunities and the earnings outlook for emerging-market equities.

We believe that, while gross domestic product (GDP) growth in a number of emerging-market countries has been gaining ground, it is likely that over the next few years we could see further relative advances in sizable economies like Russia and Brazil. The economies of these two countries are still contracting, but they are on an improving trajectory and could significantly influence the growth rate of the whole group if they continue to progress. Meanwhile, China’s growth, which has been a key concern for many observers, has shown signs of stability and remains at a strong level compared to most other large economies. In the third quarter of 2016, the country’s year-on-year growth in GDP came in at a rate of 6.7%, which was in line with the pace reported in the previous two quarters.

Overall, we expect to see GDP growth for emerging markets in 2017 at a solid and accelerating level, markedly above the rate expected from developed markets. Emerging-market countries are still far behind their developed-market counterparts when it comes to overall GDP-per-capita, and so we continue to expect strong growth prospects over the long term. Additional economic factors are, we believe, important to our expectations for likely further strength in emerging markets. First, as a group, manufacturing economies are generally back into a position of current account surplus, while there has also been headway in bringing down the deficits of commodity-exporting countries. Second, the debt-to-GDP ratios of emerging-market countries are generally below those of developed markets, providing a more stable and, we believe, sustainable economic foundation. Finally, interest-rate differentials between the two groups are wide, giving emerging-market central banks greater flexibility to maneuver, if required, in the future.

The “hunt for yield” has been a frequently used term in recent years, yet the issue still remains front and center for many market participants. With low and negative yields on many government bonds globally, we continue to expect investors to look toward emerging-market equities, given the income prospects available. For example, the dividend yield was an eye-catching 2.5% as of October 31, 2016, for the MSCI Emerging Markets Index.1 Year-to-date flows toward emerging markets have been positive, partly due to the attractive income expected. However, this follows three years of outflows, and so further moves into emerging markets could be another of 2017’s trends to look out for.

In terms of valuations, the MSCI Emerging Markets Index has traded at a significant discount to the MSCI World Index, for example, on a price-to-earnings-multiple basis. Earnings growth trends have improved markedly during 2016, and we expect this turnaround to continue, with economies and corporate fundamentals across the asset class stabilizing. We believe that companies in the consumer-related and information technology (IT) sectors are particularly attractive in the current environment. Select stocks in the consumer sectors can provide an effective means to gain exposure to emerging-market economic expansion and, in particular, access to growth in spending as rising regional wealth fuels a burgeoning consumer class. IT in particular is becoming increasingly integral and competitive in emerging markets, and, although we are cautious of the recent rapid share-price advances in many of the China-based Internet stocks, we see value in the sector across emerging markets as a whole. Elsewhere, select commodity shares remain attractively valued, in our view, even though oil prices, for example, are currently significantly above their 2016 lows.

We remain cautious of China’s banks as non-performing loan recognition dampens our outlook for the country’s financial firms. Like banks, China’s real estate sector has staged a striking turnaround from a lengthy downturn, but we have remained on the sidelines, in part due to risks of overleverage and regulation.

A Small but Attractive Prospect

We continue to like Asian small-capitalization stocks as they are particularly exposed to the solid growth potential we expect from this region over the long term. This is helped by small-cap companies’ generally greater domestic focus than their larger peers, binding them less to challenging macroeconomic factors at a global level. Their valuations typically reflect the stronger growth expected from the smaller equities, but, given there are thousands of small-cap stocks in Asia, the opportunities to discover mispriced securities are often plentiful. These valuation anomalies usually occur due to market inefficiencies as research coverage for many of these companies can be thin on the ground.

US Federal Reserve Policy: A Key Impediment to Emerging Markets?

US Federal Reserve monetary policy is still a source of apprehension for many participants in emerging markets. We expect the trajectory of any rate increases to be gradual, although larger- or faster-than-expected US interest-rate moves could dampen sentiment and lead to volatility.

Other meaningful tests for the global economy may include geopolitical troubles, currency fluctuations, the United Kingdom’s progress toward leaving the European Union and commodity-price moves. Meanwhile, recent political events in the United States may also test markets; the US presidential election victory for Donald Trump is likely to have many implications for markets around the world, including emerging markets, and may well add to volatility in equities. It is something we will continue to monitor closely. However, we believe it will be important for investors to take a long view and not be swayed by short-term gyrations that we could continue to see in financial markets.

On balance, although we are mindful of the potential for volatility and watchful for the risks, we believe sentiment toward emerging markets could continue to become more positive. In our opinion, the search for higher yields and improving risk perception toward emerging markets, helped by robust economic tailwinds, could provide a basis for further strength in emerging-market equities.

But markets are fast-moving and dynamic. So, whatever the environment in 2017, we believe active equity management, driven by our experienced team located across the globe, will allow us to move deftly as we look to uncover the best investment opportunities as they arise.

Stephen Dover and Mark Mobius’s comments, opinions and analyses are for informational purposes only and should not be considered individual investment advice or recommendations to invest in any security or to adopt any investment strategy. Because market and economic conditions are subject to rapid change, comments, opinions and analyses are rendered as of the date of the posting and may change without notice. The material is not intended as a complete analysis of every material fact regarding any country, region, market, industry, investment or strategy.

1. Source: FactSet, MSCI, as of 10/31/16. Past performance is not an indicator or guarantee of future performance. See www.franklintempletondatasources.com for additional data provider information.