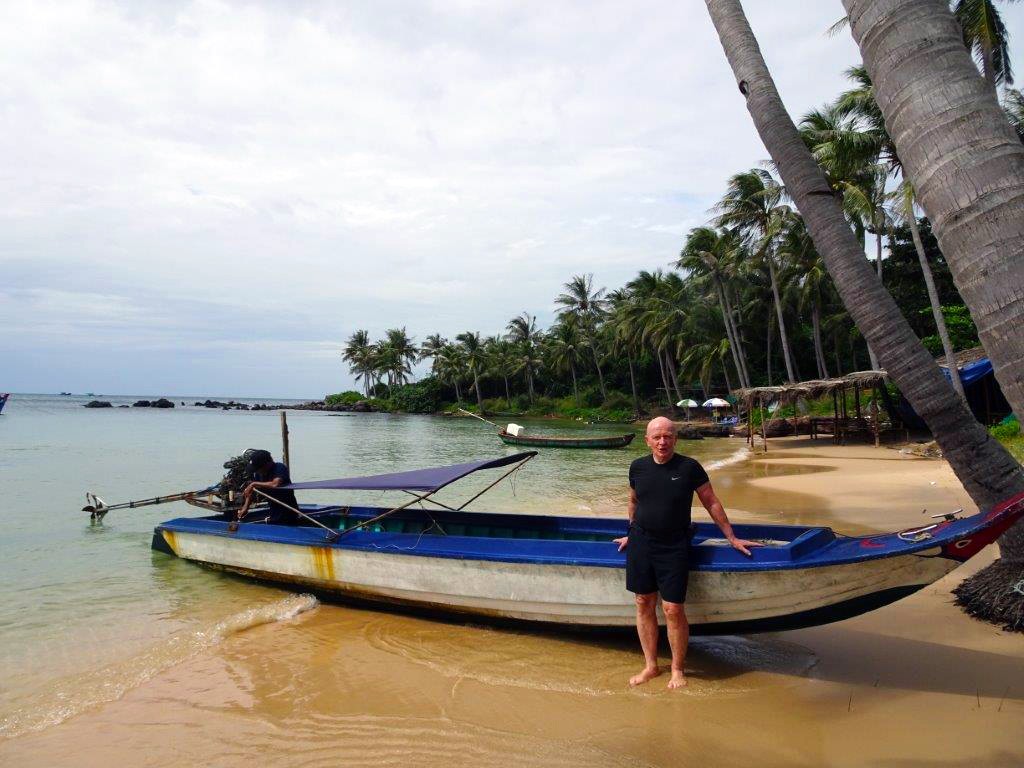 In just a few decades, Vietnam has undergone a dramatic transformation, from an agrarian society to one that has embraced the modern era. Its youthful population and growing middle class have helped drive solid growth—and opportunities for many global investors. This up-and-coming market hasn’t fully embraced capitalism—it remains a Communist state—but it has managed to achieve an interesting balance. There has been a bit of buzz about Vietnam among investors in the past few years, but given the election of Donald Trump as the next US president, the Trans Pacific Partnership (TPP), of which Vietnam would have been a key beneficiary, seems even less likely to move forward. However, new trade deals are in the works—including the Regional Comprehensive Economic Partnership (RCEP), which Vietnam has joined along with nine other members of the Association of Southeast Asian Nations as well as Australia, China, India, Japan, Republic of Korea and New Zealand. And, there could be new, bi-lateral trade deals in the future.

Nevertheless, I believe Vietnam remains an attractive destination for both investors and tourists, and we think its future looks bright. I recently had the opportunity to visit Vietnam and see the latest wave of changes taking place.

Vietnam has seen strong economic growth, with gross domestic product (GDP) growth averaging just shy of 7% from 2000–2015.1 This economic boom has also boosted consumer buying power. In 1990, gross national income (GNI) per capita was US$910, but by 2015, it had risen to $5,690.2 During my recent trip to Vietnam, I found tremendous opportunities in the consumer sector as a result of this rise in income levels.

For example, we visited a dairy company and learned that while per-capita milk consumption in the United States has been above 100 liters per person per year, and in China it was 30 liters, in Vietnam it was only 16 liters. However, that number has been growing very quickly, and it’s no wonder the milk company we visited in Vietnam has seen profit growth every year for the last five years. The company produces fresh raw milk from local cows as well as reconstituted milk from powder, condensed milk, baby formula and yogurt. The company exports its products not only to its neighbors in Asia but also to some markets in the Middle East.

Many companies in Vietnam are government-majority owned, but privatization is expanding with plans to publicly list shares of a number of companies in the future. Some will initially be listed on the Ho Chi Minh Stock Exchange’s secondary exchange, the UPCoM, which has less stringent disclosure requirements, but we think eventually many companies will likely be required to list on the main board and institute broader disclosure. We believe the sale of some state-owned enterprises should help lower Vietnam’s rising national debt, but foreign direct investments are strong, and industry and exports are doing well. As services (including tourism) represent more than 40% of Vietnam’s GDP, it is the area we are most interested in.3

To study Vietnam’s tourist industry, my colleagues and I flew down to Phu Quoc Island off the coast of southern Vietnam. We landed at a new, modern airport capable of handling a growing influx of both local and foreign tourists. Local tourists can fly from Ho Chi Minh City for the equivalent of only US$30 to US$50 one way on Vietnam’s low-cost airline. While travel regulations can be tricky and ever-changing, today, foreign tourists can stay between 15 to 30 days without a visa in Phu Quoc, which is a unique concession not available for visitors to other parts of Vietnam.

During our stay, we drove and cycled from one end of the island to the other and found a construction boom under way with new hotels, apartments, villas and a spectacular cableway under construction linking the island with other smaller islands. Phu Quoc itself is a large island (574 square kilometers compared with Singapore’s 719), and Vietnam’s government has designated it for tourist development.

We drove to our hotel on a new four-lane highway, and as we toured the island we saw construction of a new north-south four-lane highway under way as well. The government has spent over US$1 billion thus far for infrastructure on the island, including more than US$700 million on the airport where we arrived. According to regional news reports, through summer of 2016, the government had approved and licensed more than 160 projects involving a total investment of more than US$6 billion.

As a microcosm of the country as a whole, Phu Quoc has seen quite a transformation when we consider its history as a place of refuge. The island was also once a prison camp used during various regimes, from the French colonial period through the Vietnam War. One of the tourist attractions is a prison camp/museum, complete with barbed wire, guard towers, and models of guard soldiers and prisoners. The island is also famous for its fish sauce and for peppercorns; which we saw growing on vines around the island.

Tourism is transforming the island’s economy, which had previously subsisted on fishing and the aforementioned peppers and fish sauce. A major Vietnamese developer constructed a huge complex at the northern part of the island, including 1,000 hotel rooms, 1,000 villas, a safari park (apparently one of the world’s largest), a water park and an amusement park featuring many types of roller coasters and other stomach-churning rides. There is also a 27-hole golf course, an international hospital and facilities for what could become a major casino.

Another developer is building a complex on the southern part of the island, which includes a spectacular cable car that crosses the sea to neighboring islands. We also saw other new hotels being built along the beach.

A pearl farm has also been introduced, so we saw a number of shops promoting the local pearls. Touring the villages around the island we noticed there was still a dire need for better roads and facilities. The influx of tourists and construction of high-end facilities to accommodate them have brought good-paying, steady jobs to many locals who had been suffering a low standard of living before.

For example, one of the Vietnamese cooks at our hotel told us that he had been a fisherman, but now he was doing better financially. As a fisherman, he said life was dangerous and uncertain because he never knew if he could catch enough fish to earn a living. Now, with his wife also working, they are living a better life.

While some may criticize development in naturally beautiful places like Phu Quoc, it’s important to look at the issue from many angles. For the 100,000+ natives on the island, prospects are now brighter. Hopefully, development in Vietnam and elsewhere can come with the right intentions and the right balance of interests. With their kind, hospitable nature and happy dispositions, the residents of Phu Quoc, in my view, will make their island a tourism success. We are excited about the potential for further growth and transformation in Vietnam.

2. Source: World Bank, data as of 2015. GNI per capita is expressed in purchasing power parity dollars to adjust for price level differences across countries.