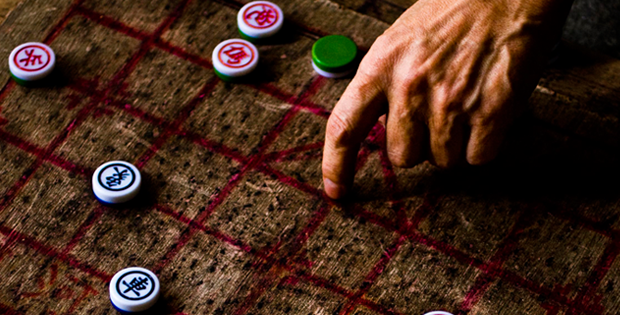 This post is also available in: Chinese (Simplified), Spanish, Polish

Happy Chinese New Year to all my friends and followers! There’s no question it’s a big holiday for leisure and entertainment. Last year, retail and dining expenditures for the Lunar New Year came in at 754 billion yuan ($US115 billion), according to China’s Ministry of Commerce. This is substantially higher than spending for the US Thanksgiving holiday and “black Friday,” the biggest shopping day of the year in the United States. As many families and friends not only in China but also elsewhere in Asia celebrate the holiday with food, festivities and travel getaways, it belies the misconception some Westerners still have that manufacturing and low-wage exports are the main economic drivers of emerging markets.

In fact, domestic demand is generally the bigger economic driver in emerging Asia and also in some other regions—and could help insulate some of these countries from external shocks. This shift toward a more domestic orientation has been going on in China in particular for quite some time, fueled by improved education, rising wages and higher productivity. Other emerging-market countries have seen a similar shift, with entertainment and leisure activities benefiting, along with areas of conspicuous consumption.

For quite some time, movies produced in the United States (Hollywood) have depended upon international sales when revenue at home has been disappointing. Today, China, India and other countries in and outside of Asia are beginning to compete. The “Bollywood” name has become globally recognizable with an annual output of more than 1,000 films, which is double that of Hollywood,1 although Bollywood’s revenues are much lower and only about 15% of which come from international sales.2 The low cost of producing animation in India and other Asian countries has added another dimension to the film industry that could spur further growth. While the focus here is on Asia, these trends are occurring in other emerging markets too—we’ve seen the rise of “Nollywood,” Nigeria’s booming film industry.

While India may be the most prominent in Asia’s film industry, there are other countries to watch in this space. Indonesia’s President Joko Widodo recently removed a ban on foreign investment in films, so the formerly stagnant Indonesian industry seems likely to sprout. Indonesia—the world’s fourth-largest country by population—has relatively few cinemas and therefore is an attractive market.

The market for fine art is also growing in Asia. Today, the market for art is larger in China than the United Sates, with all the major auction houses such as Christie’s and Sotheby’s (in addition to China’s homegrown auction houses) attracting multimillion-dollar prices for both Western and Asian art.

Pet ownership and related consumption is also becoming more popular in Asia. Once banned, China now has more than 100 million registered pets,3 most of which are dogs and cats but also includes other animals such as rabbits, fish and long-living tortoises—maybe the hope is that their longevity will rub off on their owners! Some households are spending in excess of US$1,000 per year on their pets,4 not only for food, but also for toys and grooming.

The other leisure-related area that has been growing is dining out, particularly “fast food” with many of the famous American and other foreign brands entering the Asian markets alongside homegrown brands. Quick-service restaurants are the name of the game in India and have experienced a compounded annual growth rate of 25%; about half of India’s total population eats out at least once every three months and in bustling urban metro areas, the number rises to eight times in one month.5 With a young population, rising disposable incomes and more women in the workforce, it’s easy to see why the “eating out” culture looks set to continue growing in India.

Travel, of course, is probably the most important growing leisure-time industry as a result of lower-cost airline flights and relaxed visa restrictions in many regions. Japan is becoming a major tourist destination for travelers in other parts of Asia. In 2016, Japan saw a record 24 million overseas visitors, with a quarter coming from China.6 Japan has been actively targeting those celebrating the Lunar New Year this year. Its largest retailer announced it would accept electronic payment through China’s most popular mobile-payment app, and car-rental companies in Japan have been working to ease the process for travelers, positioning cars near train stations as well as airports, and not requiring customers to refuel before returning a vehicle. For people living in warm, tropical locales in Asia, the opportunity to see snow in Japan during the winter months—even without leaving one’s own time zone in some cases—is a draw.

South Korea is also benefiting from the influx of tourism, also predominantly from China. This is not a huge surprise, as China leads the world in terms of outbound travel, with double-digit growth in travel expenditures every year since 2014. 7

Fitness and spectator sports are also very important leisure pursuits for travelers, as well as those watching in their home countries. Football (also known as soccer) is reaching more and more fans in China; the Chinese Super League attracts tens of millions of spectators watching the game live, online and on television. The amount of money spent on player salaries (namely to recruit foreign players) got so out of control that the General Administration of Sport of China, the country’s chief governing body for sports, recently announced a spending cap.

The spectator-sports scene in Asia also includes a whole host of other games including basketball and even spectator video games, with South Korea being the center for such “E-sports.” South Koreans take electronic gaming very seriously as it is a great source of national pride, but the theatrical tournaments have attracted players from both Europe and the United States backed by corporate sponsors—a new type of export that is growing globally.

The growth of the middle class and rising incomes in many emerging markets means more discretionary income available for leisure pursuits from cinema to theme parks to new food choices to artwork and more. We think this area represents many interesting opportunities for investors—and one that’s quite fun to explore!