The way investors think about emerging markets has been evolving—along with the markets themselves. One thing we at Templeton Emerging Markets Group emphasize is that one can’t consider emerging markets as one asset class; the opportunities are very differentiated between regions, countries and markets, with different fundamentals shaping them. Here, I’ve invited Stephen Dover, managing director and chief investment officer of Templeton Emerging Markets Group and Franklin Local Asset Management, to share his view of how emerging markets have changed over time, how he thinks investors should think about them, and where he sees potential opportunities ahead. 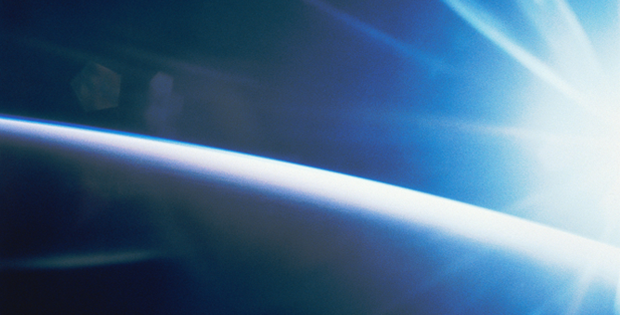 I think emerging markets are appropriately named—they are indeed emerging and have changed over time. With these changes, I believe the way people both think about and invest in the asset class also should evolve.

One example of the evolution we have seen is in regard to market capitalization (market cap). In 1988, when the MSCI Emerging Markets Index was first launched, just two of the 10 countries in the index—Malaysia and Brazil—represented more than half of the index’s market cap.1 At that time, the entire market cap of the index was about US$35 billion, representing less than 1% of the world’s equity-market capitalization. 2

If we fast-forward to 2016, there were 23 countries in the index, and the market cap had grown to US$4 trillion, representing about 10% of world market capitalization.3 The mix of countries in the index has also evolved over time. In terms of country weights, today, India represents 8% of the MSCI Emerging Markets Index and China—which wasn’t represented at all in 1998—is nearly 27% of the index today. Meanwhile, Brazil’s representation is much less today, at only 8%.4

South Korea has been the subject of some debate in this regard. MSCI includes South Korea in the emerging-markets category, while another index provider, the FTSE Russell, considers it a developed market. This issue is quite important, as which countries are in which category and at what percentage in the indexes help determine how many investors position their portfolios. We have seen countries shift in and out of emerging-market status over time. For example, in 2013, MSCI reclassified Greece from developed to emerging-market status, and in 2016, MSCI announced Pakistan will be reclassified this year as an emerging market from frontier status.5

It really boils down to how one defines “emerging market,” and there is some disagreement about exactly what the criteria should be. MSCI and FTSE have their own criteria for inclusion in a particular index, including explicit requirements for market size and liquidity, a country’s openness to foreign ownership, foreign exchange and other aspects.

If you were to follow the World Bank’s standards as to which countries are classified as “high-income” to determine developed-market status, you’d wind up with a very different set of constituents than the index providers—for example, Qatar’s per-capita income ranks above that of Australia, Denmark and the United States.6

That said, we at Templeton Emerging Markets Group are active managers and not confined to a particular benchmark classification or index weighting when we make our investment decisions. We employ a bottom-up approach and focus on the fundamentals we see in individual companies. We may even invest in a company that is located in a country considered to be developed—if the bulk of its profits come from emerging markets.

Emerging Markets—Taking a Bigger Piece of the World’s Pie

We also have found that even though the world has become much more globalized, many investors still exhibit a “home-country bias,” investing solely within their own borders even if markets elsewhere look more promising. We see room for growth in the emerging-markets realm—and a great potential opportunity for diversification that many investors aren’t even considering. We also see many potential opportunities within frontier-market countries, many of which aren’t even included in global indexes. These markets represent a smaller subset of emerging markets that are even less developed, and include most countries on the African continent.

Looking at other measures, we can see just how important emerging markets are to the global economy. Today, emerging markets represent nearly 50% of the world’s gross domestic product (GDP) measured in nominal terms (nearly 60% when using purchasing-power parity) and account for nearly 80% of global GDP growth.7

Emerging markets have also undergone structural changes. Over the past three decades, emerging markets largely achieved their phenomenal growth through exports—and many people have associated these markets with commodities. While many emerging-market countries still rely on exports, these economies are radically changing. As recently as 2008, commodities and materials stocks constituted 50% of the components of the MSCI Emerging Markets Index. Today, that category represents about 15% of the stocks in the index. To us, what’s really exciting about this shift is that it opens up many more investment opportunities that are focused on consumption and services.

Many investors may not realize that some very sophisticated information technology companies are based in emerging markets. In 2008, information technology (IT) companies represented about 7% of the MSCI Emerging Markets Index, and today, the sector represents 24% of the index—in fact, the top four constituents by weight are IT companies. Consumer/consumption-oriented stocks represented 7% of the index in 2008; today their weighting is 17%. So it is really not accurate to say emerging markets are pure commodity plays anymore, even though many people still consider them to be driven by the whims of commodity prices.

The weakness we have seen in many emerging-market currencies is something we think also strengthens our investment case. The US dollar is at a 15-year high and some predict it could strengthen even more as the Federal Reserve is expected to continue to raise interest rates as inflation picks up. In our view, emerging-market currencies have been quite weak—in some cases, unjustifiably so. We see this as supportive. Mexico, Argentina, Colombia, Indonesia and Malaysia are all examples of countries with currencies trading at what could be considered distressed levels—priced as if those economies are in great crisis. The fundamentals tell a different story. We believe the fundamentals in these countries look much better than their currency prices are reflecting.

Additionally, we believe inflation appears poised to drop in many emerging-market countries, including Brazil, Russia, Colombia and Nigeria, and this allows their central banks to pursue more accommodative monetary policy, which could stimulate local equity markets. And finally, the United States is near full employment and President Donald Trump’s administration has proposed some policies that appear stimulative for economic growth, including potential tax cuts and fiscal spending. History has shown us that in general, a strong US economy is positive for emerging markets. Even if we do see some reduction in trade on a marginal level, we think an expansion in the global economy is likely to help emerging markets. And, as noted, emerging markets that are more domestically driven should be more insulated against global shocks in other markets.

Emerging markets are in fact, emerging, and we see many opportunities ahead in 2017.

If you’d like to hear more of the misconceptions about emerging markets, and opportunities our team sees, I encourage you to check out our team’s new emerging-markets podcast.

Stephen Dover’s and Mark Mobius’s comments, opinions and analyses are for informational purposes only and should not be considered individual investment advice or recommendations to invest in any security or to adopt any investment strategy. Because market and economic conditions are subject to rapid change, comments, opinions and analyses are rendered as of the date of the posting and may change without notice. The material is not intended as a complete analysis of every material fact regarding any country, region, market, industry, investment or strategy.

1. Source: MSCI. Indexes are unmanaged, and one cannot directly invest in an index. They do not include fees, expenses or sales charges. See www.franklintempletondataservices.com for additional data provider information.

2. Source: MSCI. World Market Cap represented by the MSCI ACWI Index, a global equity index consisting of developed and emerging market countries. Indexes are unmanaged and one cannot directly invest in an index. They do not include fees, expenses or sales charges, See www.franklintempletondatasources.com for additional data provider information.

6. Source: World Bank, based on estimates of gross national income (GNI) per capita, data as of July 2015. High-income economies are those with a GNI per capita of US$12,736 or more.

8. Source: International Monetary Fund World Economic Outlook, January 2017 update. There is no assurance that any estimate, forecast or projection will be realized.