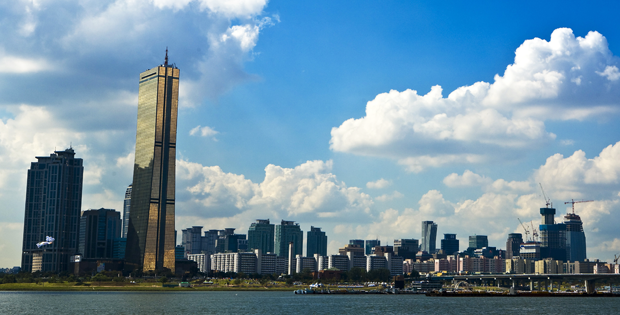 Moon is inheriting a difficult situation in light of the tense relationship between the United States and North Korea. The US deployment of its antimissile system known as THAAD (Terminal High Altitude Area Defense) has sparked protests from China and has stimulated opposition in South Korea.

China has seen THAAD as a threat to its interests in the region, and Moon was also against the THAAD installation; he was once quoted as saying that South Koreans have to learn how to say “no” to Americans.

Once he becomes president, Moon will have to deal with a number of other vexing problems and relationships. In my view, most important is South Korea’s economic relationship with China.

It’s interesting to note that North Korean propaganda opposed Moon’s conservative opposition, stating that liberals would be more capable of promoting unification. With the election of Moon, South Korea will have a more left-leaning administration, which will be quite different from former President Park Geun-hye, who was ousted amid a corruption scandal. Park is the daughter of a South Korean leader who imposed a dictatorship on the country and was responsible for encouraging the growth of the chaebols—South Korea’s powerful family-run conglomerates.

Another policy reversal is expected to be in the realm of the chaebols, which have been a source of public anger in regard to their political influence. It was alleged chaebols were bribing Park’s associates, so it seems many South Koreans are hoping Moon can restore trust with what is expected to be a tough stance on the chaebols.

I think chaebol reform should result in better corporate governance and could lift the prices of many South Korean companies as the so-called “Korean discount” narrows—a reference to the South Korean market’s generally lower valuations compared with other comparable global markets.

Moon has also pledged to focus on wealth redistribution—which would result in a higher welfare budget—and higher taxes for corporations that could stunt Korea’s economic growth. His plan is to increase the corporate tax rate from 22% to perhaps 25%. It seems less likely he’d raise the individual income tax rate for most of the population—perhaps targeting mainly the most-wealthy individuals.

South Koreans have been particularly harsh when it comes to presidential corruption and abuses of power in the past. With Moon’s victory, we are hopeful for reform within the chaebol system, as the major chaebols dominate the South Korean stock market. A weakening of the chaebol system could give an opportunity for smaller companies to grow and prosper without being dependent on the chaebols. We look forward to exploring potential opportunities in South Korea.