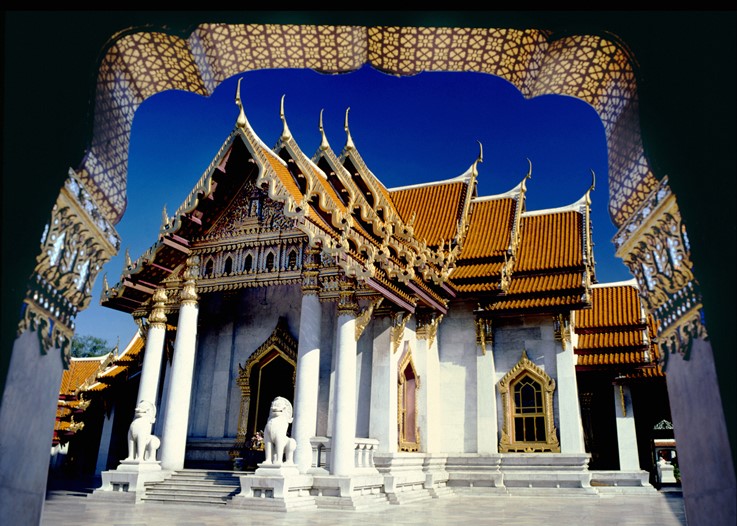 Thailand’s currency, the baht, had been pegged to the US dollar, but on July 2, 1997, the government shifted to a floating exchange-rate system, effectively devaluing it. With Thailand’s foreign exchange reserves drained from months of defending against currency speculation, economic peril ensued. The same currency speculators pounced, further exacerbating declines.

As an investor in 1997, it was a very difficult time. In the lead up to the crash, we’d heard from a number of Thai companies that were finding it cheaper to borrow in US dollars because the interest rate on US-dollar loans was so much lower than Thai-baht loans.

Of course we were a little concerned about currency risk, but suggestions from the Bank of Thailand that it would defend the value of the baht if required, appeared to reassure companies.

Unfortunately when the value of the baht collapsed, some of these companies found themselves in deep trouble. A number of high-flying companies loaded with debt went bust and, of course the Thai stock market (in which we were invested) headed south very fast.

This proved to be a good lesson in the benefits of diversification, since although the Thai market declined and selling at a fair price was difficult, there were other investments we had around the world to give us liquidity in our strategies if it was needed. The good news was that redemptions were not excessive and most of our investors took the long-term view that we encourage.

At a personal level, however, it was disastrous for so many individuals in Thailand and other countries. One top executive at a prominent company in Thailand was bankrupt as a result of the crisis so he took up selling sandwiches on the street to make money.

The crisis in Thailand spread throughout Asia and when various vulnerabilities were exposed in the affected countries, confidence in emerging markets in general declined. The crisis also had a spillover effect on markets outside of Asia, with Russia and Latin America facing crises of their own soon after, dealing emerging markets yet another blow.

Looking back 20 years later, we can see in hindsight the mistakes that occurred. The Thai central bank attempted to control exchange rates and did not have enough foreign exchange reserves to carry out that protection. Unfortunately, other central banks made the same mistake.

Many central banks at that time conveyed that there would be no problem controlling exchange rates and stated devaluations would not occur. Since interest rates in US dollars were so much lower than local currency rates, companies and individuals borrowed in US dollars, thinking that since their local currencies would hold steady, there would be little to no foreign-exchange risk.

Of course, in the end, the central banks could not hold their respective currencies steady and the massive devaluation of local currencies against the US dollar wiped out companies.

Individuals living in those countries suffered as well, not only from investment losses but also from the ripple effects of economic collapse. Companies folded and people lost jobs. Sadly, there were many suicides. In Thailand, it was reported that visits to Buddhist temples tripled.

In my view, the World Bank and other multilateral institutions also made a major mistake in dealing with the crisis. Instead of providing financing for debt relief in order for the economies to continue to function, they imposed harsh measures on the governments. They required them to cut budgets and allow banks in their countries to collapse. This was thought to have exacerbated the crisis and extended the problems.

In contrast, the US Federal Reserve took a much different approach in bailing out financial institutions during the subprime crisis a decade later, rather than let the system collapse.

As I see it, the key takeaway from the AFC is that central banks and governments should not try to go against market forces and control foreign exchange rates. I also believe governments and individuals should not take out debt in currencies other than the currency which is their main source of income without fully understanding the risks behind it.

Many countries, companies and individuals in emerging markets learned the harsh lessons of the AFC. Since then, many emerging markets have built up foreign reserves and reduced foreign debt loads in relation to gross domestic product. Because of this and other reasons, I think the outlook for emerging markets today looks very good.

Of course, such crises are part-and-parcel of a free capital-market system, and should be expected. No amount of government regulation and oversight can guarantee another market crisis won’t happen.

The scars of the AFC and the more recent Global Financial Crisis that swept developed markets in 2007-2009 still remain in the minds of many investors. We have seen investor panic at any sign of uncertainty, often perhaps irrationally at times. And many investors continue to see all emerging markets the same—with the same fundamentals. I think this is a mistake.

While some emerging markets do remain vulnerable, many others are doing quite well and have pursued prudent policies that have led to economic growth and prosperity. It is our job to differentiate the individual investment opportunities we see on a case-by-case basis, and use times of inevitable panic to pick up bargains where we see sound footing and good prospects.

We continue to believe in Thailand’s long-term prospects and think structural catalysts, particularly the government’s recent emphasis on infrastructure, support the investment case.

In our view, the Thai equity market is well-supported by healthy economic and political development that could result in an improved growth outlook for Thailand over the medium and longer term. We continue to like consumer goods and services, as well as banks and property companies.

Since the beginning of 2017, the external sector—international transactions with Thailand’s economy—has seen healthy improvement in export sector along with increasing trade flows in the region. The government’s significant economic stimulus measures, reform programs and infrastructure spending also appears to be helping the economy.

We consider inflation to be moderate at around 1% and think it is likely to remain stable. We also regard Interest rates as sufficiently accommodative at 1.5%.

Moreover, we view the political environment as stable following a smooth royal transition.

Moving forward, we expect earnings growth to be stable to slightly positive in 2017 as the economy and confidence continue to improve.