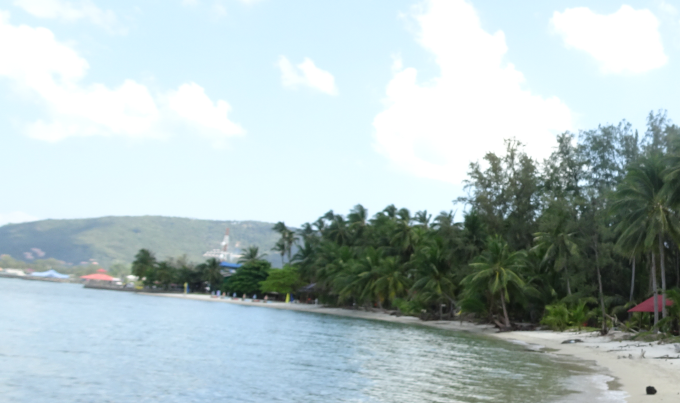 Back in 1967, the region was filled with strife, and the association was established to help bring peace, stability and prosperity. ASEAN’s broad aim and purpose is stated as: “To accelerate the economic growth, social progress and cultural development in the region through joint endeavours in the spirit of equality and partnership in order to strengthen the foundation for a prosperous and peaceful community.”1

Fundamental principles2 are stated as:

The spirit of peaceful cooperation has been dubbed the “ASEAN Way” and has been accompanied by impressive growth over the past 50 years. ASEAN today represents the world’s seventh-largest market with the third-largest labor force (behind China and India), and there are projections it will become the fourth-largest economic bloc by 2030.3

Since its founding, there has been a great deal more cooperation between countries in ASEAN and more travel interchange, even among countries which historically had been enemies. When I was recently in Myanmar, I met with executives of a Thai oil company drilling for oil and gas offshore there. They said cooperation from the Myanmar authorities had been very good and they expected positive results from their operations in the country.

Given all the challenges, I would give ASEAN an “A” grade for its efforts and the gradual introduction of various cooperation measures. Its members have been successful in cooperating to improve regional trade and investment, and also in tourism. Now, I think the next step is to move toward a common currency and common banking system.

Gross domestic product (GDP) growth among its members also has achieved high marks, with 2017’s growth projections for several of its members seen outpacing that of China.4 While ASEAN represents a block of smaller countries banding together to create a more powerful global voice, these countries are quite different. When ASEAN was formed, its members largely held similar political systems, but today there are a variety of ideologies, from communism to democracy to monarchy.

The wealth and development of its members also varies, with per-capita GDP in Singapore and Brunei putting them in a much higher category of wealth than other ASEAN members. There are even some observers who have made the case for Singapore to be considered a developed, as opposed to an emerging, market.

When it comes to competitiveness, the World Economic Forum’s 2016-2017 Global Competitiveness Report puts Singapore at the top of the ASEAN pack—the country actually ranks number two globally.5 Malaysia ranked 25, while other ASEAN members were further down the ranks.

As investors, the diversity of the region is particularly exciting with a number of potential opportunities in almost every endeavor of activity, from mining to consumer goods to technology. As trade and investment barriers come down, the ASEAN group will represent a huge market.

Rising growth rates have also created greater prosperity for the people at large, and since ASEAN was formed we’ve seen a new generation of consumers emerge. These countries by and large also boast youthful populations in their most productive years, which we think bodes well for their future.

Consumers are increasingly moving online, even in the newest and smallest markets. For example, since 2014, Myanmar has seen the number of Internet users rise from some 2 million to more than 39 million.6 The use of Smartphones has skyrocketed to pass the 80% penetration rate, according to reports from its three major telecommunications companies. That percentage is even higher than that of the United States!

Myanmar represents an example of the type of technology “leapfrogging” we see taking place in many emerging markets, whereas people are moving straight to mobile phones, bypassing landlines altogether.

The biggest general risk to markets in the region we see emanates from a possible “black-swan” event, a market shock that cannot be predicted. China is of course a very important market in Asia, and any slowdown or derailment of its structural adjustment process could have short-term implications for investor sentiment toward ASEAN countries. On an even broader level, the world is still unbalanced—many countries have high debt levels.

Some say the “ASEAN Way” has also been a hindrance in many aspects—bogged down with more meetings and discussion than actual action. The region hasn’t achieved the type of economic integration—or clout—that the European Union (EU) has. Certainly ASEAN is much further away from the degree of integration that the EU has achieved.

ASEAN economies are just too diverse culturally, economically and politically to rise to be a stronger, unified force, some critics say. In our view, the move toward a common currency and common banking system represents the next step for ASEAN, but we must remember that the concept of a unified Europe goes further back in history. Louis IV bought a large part of Europe under his control. The royal families of Europe intermarried and provided a future base for more cooperation. We don’t have a similar history in Asia (except for colonial powers, which had some integrating influence).

Perhaps Japan’s plan for a “Greater Asian Co-Prosperity Sphere” was a step toward integration, but Japanese military aggression stimulated opposition rather than cooperation. A disadvantageous history does not mean that ASEAN can’t become more integrated; there are a number of actions which have moved its members in the right direction. One challenge is China’s opposition to a strong ASEAN.

Nonetheless, there has been a clear trend. For many years, the world’s engine of economic growth hasn’t been in developed markets, it’s been in emerging markets. And Southeast Asia is helping provide the power.

I think ASEAN can continue to see progress as these economies continue to grow, and we welcome the opportunity to unlock investment opportunities there. There are so many common areas of cooperation between the countries, there is no doubt to us that ASEAN will continue to develop and progress over the long term.

4. Source: IMF World Economic Outlook Database, April 2017. China’s 2017 GDP growth estimated at 6.7%. There is no assurance any estimate, forecast or projection will be realized.