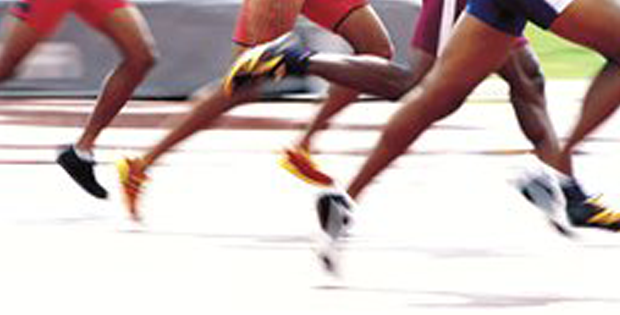 Templeton Emerging Markets Group has a wide investment universe to cover—tens of thousands of companies in markets on nearly every continent. While we are bottom-up investors, we also take into account big-picture context. Here, I share the team’s overview of what has happened in the emerging-markets universe in the third quarter of 2017, including some key events, milestones and data points to offer some perspective.

We remain optimistic about opportunities among emerging-market equities in the current climate, while remaining mindful of potential risks. Tensions on the Korean peninsula have caused some investors to worry. An outbreak of violence could have global ramifications, with a particular impact on North Asia. However, this threat has been in existence for a long time, and most investors familiar with the region have become accustomed to it.

For our part, we continue to proceed with our value-oriented investment process, taking into consideration market sentiment. We believe it is important for investors to be globally diversified through portfolios that include exposure not just to South Korea or Asia but also to other parts of the world.

Overall, we believe the investment case for emerging markets continues to center around demographics, a rising middle class and domestic consumption. The most striking development recently, though, is the dramatic transformation of many emerging-market companies that used to depend on “old-economy” models (such as commodities or infrastructure) moving into more innovative, value-added products and services.

The technology space is especially interesting to us in this regard, with several emerging-market companies becoming leading players in the development of world-class technology.

Emerging-market equities significantly outperformed their developed-market counterparts in the third quarter of 2017, with the MSCI Emerging Markets Index surging 8.0% compared with a 5.0% gain in the MSCI World Index, both in US dollars.1 This outperformance came despite a slight pullback in September, the first month of decline for emerging-market equities in 2017.

For the quarter as a whole, some of the main drivers of emerging-market performance included generally encouraging economic data from China, signs of economic recovery and hopes for reform in Brazil, a strong rebound in global commodity prices based on firming demand, and emerging-market currency strength against the weaker US dollar.

The Most Important Moves in Emerging Markets This Quarter

Amid a general rally in global equities and a return of investor confidence, the largest emerging markets—Brazil, Russia and China—were among the top performers in the third quarter.

Brazil posted a substantial double-digit gain, fueled by easing monetary policy, appreciation in the real against the US dollar, hopes for continued reform and higher commodity prices. In Latin America, Chile and Peru were also notable performers, on encouraging political developments, progress in second-quarter economic growth, and, for Chile, stronger copper prices.

A solid earnings season buoyed Russia, along with a rally in oil prices and appreciation in the ruble. In Europe, Hungary and Poland also gained ground. However, Greece was an outlier, recording a double-digit decline, especially toward the end of the quarter on worries about asset quality in its banking sector.

In Asia, Thailand’s market saw a double-digit gain on the back of stronger-than-expected economic growth driven by exports and tourism. In contrast, Pakistan was among the worst performers in emerging markets overall, impacted by a sharp mid-quarter decline due to political turmoil.

Markets in Africa gained moderately in the third quarter. Although South Africa rose, it underperformed its global peers as it continued to be impacted by weakness in the rand, political uncertainty and investor outflows.

Frontier-market stocks also moved higher over the quarter, performing largely in line with their emerging-market counterparts.2 However, performance across individual markets was much more widely dispersed. Markets such as Kuwait, Kenya and Argentina recorded significant gains. Meanwhile, Nigeria lost ground, affected by the naira’s sharp devaluation in August. Sri Lanka and Ukraine were also among markets that declined. 1. Based on the MSCI Emerging Markets Index versus the MSCI World Index, US dollar terms. The MSCI Emerging Markets Index captures large- and mid-cap representation across 24 emerging-market countries. The MSCI World Index captures large- and mid-cap performance across 23 developed markets. Indexes are unmanaged and one cannot directly invest in them. Past performance is not an indicator or guarantee of future performance.

2. Based on the MSCI Frontier Markets Index, which captures large- and mid-cap representation across 30 frontier markets countries. Indexes are unmanaged and one cannot directly invest in them. Past performance is not an indicator or guarantee of future performance.