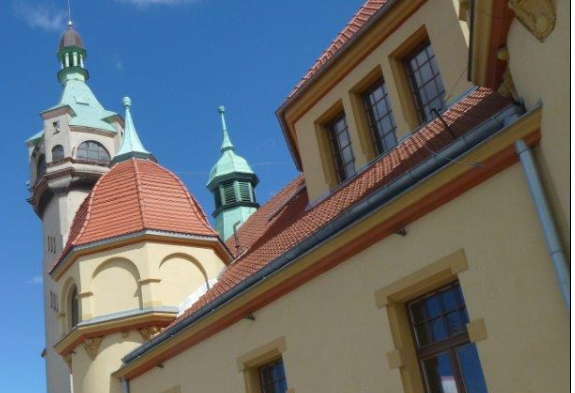 This post is also available in: German, Spanish, Polish

Emerging Europe is a quite broad and diversified region. We think there are a variety of excellent investment opportunities there, but only if companies and country exposures are carefully selected. This has been quite evident this year when you look at the performance of equity markets across the region.

Poland’s equity market has returned 51.6% year-to-date, while Russian stocks have fallen 4.7% (based on MSCI country indexes).2

Poland was a bit of a surprise given budget-deficit challenges and its populist government’s plans to further nationalize Polish private pension funds, which are the largest equity investors on the local stock exchange.

Russia is the only market this year in the red. We think geopolitical tensions and international sanctions have likely played the major role in souring investors’ appetite for Russian equities.

Poland and Romania in Focus

Polish stocks faced a number of headwinds in the beginning of the year, but market sentiment changed. Listed companies saw strong financial performance, and there have been fewer business-unfriendly messages from the government. There have been also some positive policy changes.

There have been some concerns about the rise of nationalism in Poland in particular. Some observers feel the country has been taking steps backward lately. But, growing nationalism has been a challenge for a number of countries in the European Union (EU), including among some developed countries. The Brexit vote in the United Kingdom is just one example.

In Central and Eastern Europe, Hungary under Prime Minister Viktor Organ was really the first country to restrict foreign investment in some strategic sectors. Poland was next to follow under PiS (Law and Justice Party) leadership, and one target was the banking sector where foreign-owned banks dominated.

Some people may find it surprising that leaders of countries like Hungary and Poland, which have been the largest beneficiaries of EU funding, would consider turning their backs on the trading bloc and its principles.

Romania is another country where the main challenges and risks can be attributed to local politics. It is really frustrating that the current government has been backtracking on reforms that were implemented during the International Monetary Fund’s program. A significant increase in budget expenses recently and lack of respect for corporate governance law when appointing boards of state-owned-enterprises are just two examples. We do believe that these policies will be corrected shortly though.

That said, the economy has been booming, with gross domestic product growth of more than 8% on a year-over-year basis in the third quarter of 2017.3 We do see a number of interesting investment opportunities there. In addition, assuming that the state initial-public-offering program continues, investors may benefit from a potential upgrade of Romania from frontier to emerging market within the MCSI indexes in the next three years.

Romania has made efforts to be part of the euro—the government has announced a 2022 timeline. It makes sense for any country in the region to have a plan to enter the eurozone, as it can help to set good economic policies and the bricks necessary for checks and balances. I believe that despite recent budgetary challenges, Romania has a chance to meet its 2022 timeline.

Overall, local economies in Eastern Europe have performed very well. Domestic consumption has been growing, and the global market environment has been supportive, with low interest rates and growth in investments. The markets have largely ignored concerns about the potential negative impact of Brexit on the EU.

In addition, we see an accelerating trend of international companies moving production and service centers to Central and Eastern Europe. As a result, exports in the region should further benefit.

We are still finding a lot of bargains in the region compared with some other emerging markets. We believe valuations of listed companies look attractive, particularly in the consumer space as well as banks, which should benefit from potential increases in interest rates.

The main challenge for regional economies seems to be pressure to increase salaries due to record-low unemployment levels. It is already visible in some manufacturing sectors as well as retail chains. A solution could be a return of immigrants from the United Kingdom following Brexit, or allowing more immigrants from poorer countries such as Ukraine or Belarus. But, this is a long-term concern for the regional economies.

Of course, there are always headwinds that could change the outlook for the region. Any new serious challenges to the EU’s existence would likely make me change my positive views on the region. But currently, we think the backdrop looks good for investors in the region, absent any unexpected shocks.