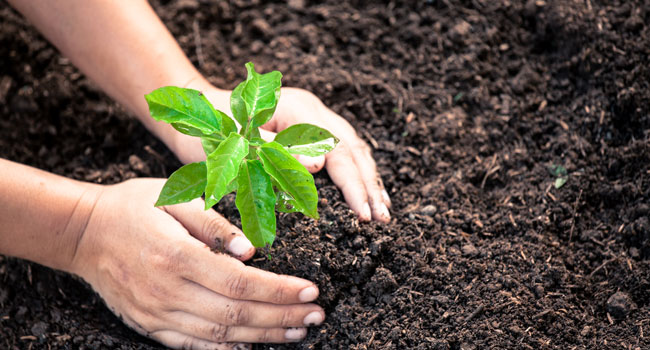 As many of you may be aware by now, I announced plans to retire after more than 30 years with Franklin Templeton Investments, effective January 31, 2018. Before I share my final, parting words on this forum, I’d like to take a look back at how emerging markets have changed since I first began investing in the space.

I’ve seen some amazing transformations taking place in emerging markets first-hand through my travels—including transformation in travel itself! These markets continue to evolve and present new opportunities for investors and tourists alike.

While not recognized as a formal investment class when I first started my career, many investors certainly saw the potential in emerging-market countries. I certainly did during my work as an analyst and broker in Asia in the 1970s and early 80s.

The actual birth and classification of emerging markets as an investment category in a more formal way probably could be tied to an event in 1986. The International Finance Corporation (IFC), a World Bank subsidiary, engaged in a campaign to encourage capital market developments in the less-developed countries. At that point in time, a handful of institutional investors invested US$50 million in an emerging-markets strategy at the behest of the World Bank’s IFC. A year later, in 1987, MSCI developed its first emerging-markets indexes.1

Around that time, the course of my career changed, too. I had met the legendary Sir John Templeton during my travels, and in 1987 he offered me an exciting new opportunity to manage a new emerging-markets fund. Our fund became the first of its kind to be listed on the New York Stock Exchange, opening the world of emerging markets to mainstream investors. Back then, we had only a handful of markets to invest in and today there are dozens of emerging and frontier markets to consider.

In the early days, there were a number of challenges. Besides only having a limited number of markets open to foreign investment, there were also strict foreign exchange controls and limitations. There were problems with market liquidity, corporate governance and safekeeping of securities. And, communication and placement of orders were much more primitive—no email, internet or even mobile phones. We often relied on facsimile machines.

Today, we can invest in a variety of emerging markets around the world, as well as a host of lesser-developed “frontier markets,” which offer many exciting opportunities. Many of these emerging and frontier markets have been growing at a rapid pace and are quickly assimilating the latest technological advancements. For example, many companies in emerging markets have moved straight to e-commerce and e-banking models, bypassing the establishment of brick-and-mortar retail outlets. This technology “leap frogging” is important—and I think it will likely continue to open up new investment opportunities.

When I first started investing, emerging-market economies were generally considered commodity-driven economies, as many were dependent on commodity exports for growth. Today, we have found many highly innovative companies located in emerging markets spanning many sectors and industries. Many are highly competitive globally and are moving into technology and higher value-added production processes.

As recently as 2008, commodities and materials stocks constituted 50% of the components of the MSCI Emerging Markets Index.2 Today, that category only represents about 15% of the stocks in the index.3

Technology-oriented companies comprised only about 3% of the emerging-market investment universe in the late 1990s. That didn’t change very much over the next decade, but today, around a quarter of the MSCI Emerging Markets Index is in the information technology (IT) sector, which includes hardware, software, components and suppliers.

Additionally, we’ve seen a broadening of opportunities in the consumer sector in emerging markets amid a rising middle class with more discretionary income to spend in a wide variety of areas. The remarkable expansion of the travel industry in China is one example. Chinese travelers are not only traveling within China, but are also visiting other countries in greater numbers. China now leads the world in outbound travel, spending some US$261 billion in 2016.4

There have been many exciting developments throughout my career. In the past 30 years, I’ve seen the end of apartheid in South Africa, easier access to eastern European economies (including Russia), the opening up of India to foreign investment and, of course, China’s embrace of capitalism and rapid urbanization. I’ve also endured during many periods of upheaval and crisis, including the Latin American and Asian Financial crises in the 1990s, the Global Financial Crisis of 2008–2009 and the “Arab Spring” in 2010–2011.

Crisis periods invoke change—often times, much-needed change. It’s also been particularly interesting to witness how the spread of smartphones and social media have facilitated and sped up change in more recent years. Corruption is still a problem around the world—and not only in emerging markets—but today it is being exposed to the world, and more politicians are being held accountable for their actions. (Brazil is a recent example.)

Throughout these periods of crisis and uncertainty, investors tend to panic and rush for the exits. I’ve seen it time and time again. But following the herd has more often than not proven to be a poor strategy in the long run. I’d rather be a shark than a sheep!

An uncertain environment where stocks have been beaten down can offer the opportunity to pick up investment bargains, if you have the fortitude to calmly ride out the storm. In fast-growing economies in particular, markets can bounce back quickly.

Look at Argentina, for example. The country was in recession and shut out of the bond market just a few years ago, but in 2017 its benchmark equity index reached a record high as the economy staged a comeback following its 2015 presidential election. Nigeria also staged a big comeback in 2017 and was among the world’s best-performing equity markets last year after a period of economic malaise and underperformance.

Over more than three decades of emerging-market investing, I’ve found that being a genial yet cynical optimist is the best posture to achieve long-term success. Because, despite all the stops and false starts, booms and busts, bubbles and crashes, over the long haul, I’ve found that time heals most ills, particularly when it comes to emerging markets. Of course, we just hope leaders are wise enough to learn from history and to not repeat the mistakes of the past.

While I will be leaving Franklin Templeton, I’ll still be actively investing and traveling. Stay tuned for my next blog, where I’ll outline some of my plans and share some additional highlights of my career.