Saudi Arabia’s upgrade to emerging-market status by index provider FTSE Russell doesn’t come as a surprise to Bassel Khatoun, managing director, director of portfolio management, Frontier and MENA, and Salah Shamma, head of investment, MENA, at Franklin Templeton Emerging Markets Equity, who say the move is testament to the Kingdom’s ambitious capital market reform agenda. Here, they break down what that new status really entails and discuss what opportunities could be next, now that Saudi Arabia’s efforts at opening up capital markets have been recognized.

We think the Saudi stock market’s classification to Secondary Emerging-Market (EM) Status within the FTSE Russell Global Equity Index Series sends a strong signal to investors that the country has made significant progress in opening up its capital markets and has proved its levels of corporate governance and transparency.

The Saudi stock market (known as the Tadawul) is large enough that its rapid inclusion in the FTSE Emerging Index could potentially destabilize other EM constituents. So it will instead join the Index in several stages between March 2019 and December 2019.

Over the years, Crown Prince Mohammed bin Salman and the Kingdom’s Capital Market Authority have made substantial modifications to Saudi’s equity market infrastructure. Developments include introducing a two-day settlement cycle for trades, requirements for cash payments to be made on delivery of shares (delivery versus payment), proper failed trade management, the introduction of short-selling and securities borrowing and lending facilities.

So, it comes as no surprise to us that these steps to make the Tadawul exchange compliant with international trading standards are now being recognized by the EM investment community.

As the largest economy in the Middle East, Saudi Arabia will make up approximately 2.7% of the FTSE Emerging Index, which could potentially bring in US$4.5 billion to US$5 billion in passive inflows, according to our research.1

And with the state-owned Saudi Aramco oil company set to be privatized, Saudi’s weight in the FTSE Emerging Index may increase to about 5% over time.

In our view, this is testament to Saudi’s ambitious capital market reform agenda. Now that the bulk of fiscal reforms have taken shape, coupled with higher oil prices and the anticipation of the Kingdom’s inclusion into the MSCI EM Index, which will be announced in June this year, we expect investors’ appetite for Saudi stocks could likely increase.

Saudi Arabia remains a reform story on many levels; capital-market reform has culminated in FTSE Russell’s decision to classify it as an emerging market. In our view, it’s encouraging that the bold fiscal reforms we’ve seen will likely put Saudi’s economy on more sustainable footing over the long-term, as Saudi Arabia has already taken steps to reduce its reliance on oil revenues and to diversify its economy. While challenges persist, we think the overall macroeconomic fundamentals are on an improving trajectory.

Finally, social reforms continue unabated. The long-awaited lifting of the ban on women driving and the introduction of new forms of entertainment will likely create additional investment opportunities across the economy. As a result, we remain constructive on equity market sectors where valuations do not capture this long-term potential.

In particular, we believe the Saudi banking sector has growth potential through improving margins in a rising interest-rate environment, as Saudi banks take largely non-interest bearing deposits. Banks are also generally well-padded against non-performing loans and have capitalization levels above regulators’ stringent requirements. On the other hand, we also think stocks in insurance, health care, education and consumer staples industries look attractive as the government implements policies to unlock their potential.

Looking further ahead, Saudi’s inclusion on the MSCI EM “watch list” means it could also be promoted to EM status in June this year—though nomination is by no means a guarantee.

Pakistan’s upgrade to emerging-market status in May 2017 came after just one year on MSCI’s “watch list.” We anticipate Saudi Arabia could follow a similar fast pace of index inclusion.

An MSCI consultation with asset owners, asset managers and those on the sell side will determine Saudi’s upgrade to EM status. So far, investor feedback has been positive. We’d expect Saudi Arabia’s journey through the MSCI process to likely play out as follows: inclusion in the MSCI EM Index to be announced June 2018, with a phased-index implementation starting in May 2019.

On current standing, Saudi Arabia would have a potential weight of 2.3% of the MSCI EM Index2, with Saudi’s weight in the index to potentially increase to about 5% with the IPO of Saudi Aramco (the exact weight will depend on Aramco’s valuation and free-float).

Of course, there are risks to the Saudi market, including a potential oil-price decline. The Saudi Aramco initial public offering (IPO) is its crown jewel, so there is a vested interest in higher oil prices. Increased “Saudization”—the removal of subsidies and imposition of levies—will likely also pressure some sectors, in particular those that are heavily reliant on expats or expat workforces.

However, the FTSE Russell announcement marks the start of a two-year upgrade cycle for Saudi Arabia. With plans from the Saudi government to increase the number of listed companies in the Tadawul from 170 to 250 by 2022, we think this is just the tip of the iceberg.

1. Source: MSCI, “Consultation on a Market Reclassification Proposal for the MSCI Saudi Arabia Index,” February 2018. There is no assurance that any estimate, forecast or projection will be realized. See www.franklintempletondatasources.com for additional data provider terms and information. 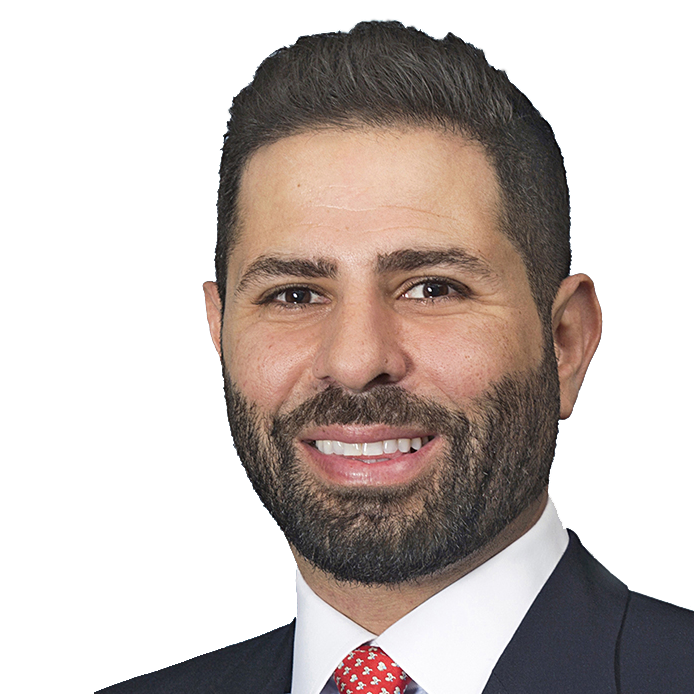