Malaysia’s general election resulted in a stunning upset, ending the rule of the party that had been in power more than 60 years, since the country gained independence. Franklin Templeton Emerging Markets Equity’s Gerald Sheah discusses the implications of the opposition-party victory there, a momentous event in Malaysia’s history. 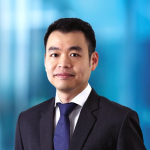 Malaysia’s Barisan Nasional coalition has been in power for six decades in Malaysia, but in a shocking defeat in the May 9 general election, it won’t be any more. The 92-year old Former Malaysian Prime Minister Mahathir Mohamad came out of retirement to run again, and proved victorious over Prime Minister Najib Razak, who got caught up in an alleged corruption scandal. It was a remarkable victory for Mahathir’s coalition against earlier expectations that the odds were stacked against them. The transition of power has been smooth so far and regime change occurred via the ballot box without bloodshed, which we think represents a great win for Malaysia’s democratic values.

Mahathir won on a platform that promoted good governance, and abandoning Malaysia’s goods- and-services tax (GST) was one of his main promises. The GST was part of the government’s tax- reform program to broaden the tax base away from oil dependence and decrease the country’s budget deficit. While taxes aren’t generally popular with the masses, some fear the GST’s removal could thwart the progress in reducing the deficit made since its implementation in 2015.

Rather than being completely eliminated, the new government has announced that the GST will be abolished and the previous Sales and Services Tax (SST) reinstated. There is also speculation that fuel subsidies, popular with the people, could return. Malaysia is a net exporter of oil and gas, so we think such a move would not necessarily prove disastrous fiscally.

Ultimately, the main question is the overall impact on Malaysia’s fiscal position. If Mahathir’s victory was based on a belief that there are inefficiencies and leakages in the system that could be remedied, then reform measures could prove a net positive boost to the country’s overall finances.  Tackling this key issue could lead to higher net revenues even after accounting for subsidies.

Currently strong global oil and gas prices are also a boon to Malaysia’s revenues and this provides another cushion to finances. Malaysia has been running a budget deficit of for several years and the external debt as at end-2017 stood at US$215bn, or 65% of gross domestic product.1 The new government has stated that it intends to address and bring them lower in the years to come.

What’s Next for Malaysia

We think there may be some bumps during the transition which is likely to lead to some market volatility. But for now, there seems to be a general sense of calm and hope of a new beginning for the country.

According to Pakatan Harapan’s manifesto, the rule of law, rehabilitation of Malaysia’s institutions, and the repeal of concentration of powers at the executive level are of primary importance. Within the coalition, we believe there are leaders who are dedicated in their efforts to reform the current system.

As investors, we think short-term uncertainties could lead to a knee-jerk market selloff, but we’d be looking for opportunities amid downturns. We think in the medium term, the resulting structural changes in governance and the economy could be positive for Malaysia’s currency, the ringgit, and for Malaysian assets.

Unravelling Malaysia’s patronage system will be difficult, but we think it’s key to unleashing the people’s full potential and productivity. In our view, the level of success on this front will determine the long-term growth potential of this resource-rich nation.

Banks are typically the proxy for enjoying better economic growth. The push for better governance may also flow into government-linked companies, and the resulting improvements may lead to better competitiveness and profitability. We think building a conducive environment for business and the rule of law would allow Malaysia’s globally competitive companies in manufacturing and technology to flourish further.

On the flip side, there will inevitably be uncertainties associated with a change in government. Under this scenario, the construction sector and companies perceived to be linked to the old regime could bear the brunt of a market selloff.

Given his age, Mahathir is expected to become prime minister for a short time until former leader Anwar Ibrahim is released from jail and receives a full pardon from the King. The pardon would allow Anwar to once again participate in Malaysian politics and vie for a seat in parliament or become a senator. Many believe Mahathir will then step down and Anwar to take over. For long-time watchers of Malaysian politics, this development looks to have come full circle.

Malaysia embarks on a new journey at a critical time in its six-decade history. While some facets of populism can undermine economic progress, our hope is that sweeping, positive reform will follow in Malaysia, and with it will come improved investor confidence. We are cautiously optimistic that progress will take place under the new government, thereby increasing the chance for Malaysia’s economy to escape the middle-income trap.

All investments involve risks, including the possible loss of principal. Investments in foreign securities involve special risks including currency fluctuations, economic instability and political developments. Investments in emerging markets, of which frontier markets are a subset, involve heightened risks related to the same factors, in addition to those associated with these markets’ smaller size, lesser liquidity and lack of established legal, political, business and social frameworks to support securities markets. Because these frameworks are typically even less developed in frontier markets, as well as various factors including the increased potential for extreme price volatility, illiquidity, trade barriers and exchange controls, the risks associated with emerging markets are magnified in frontier markets. Stock prices fluctuate, sometimes rapidly and dramatically, due to factors affecting individual companies, particular industries or sectors, or general market conditions. The technology industry can be significantly affected by obsolescence of existing technology, short product cycles, falling prices and profits, competition from new market entrants as well as general economic conditions. Smaller and newer companies can be particularly sensitive to changing economic conditions. Their growth prospects are less certain than those of larger, more established companies, and they can be volatile.