Emerging markets suffered a setback in the second quarter, but Manraj Sekhon, CIO of Franklin Templeton Emerging Markets Equity, and Chetan Sehgal, senior managing director and director of portfolio management, don’t see a fundamental derailment. They present the team’s overview of the emerging-markets universe in the second quarter of 2018 and offer their perspective on global headwinds and tailwinds. 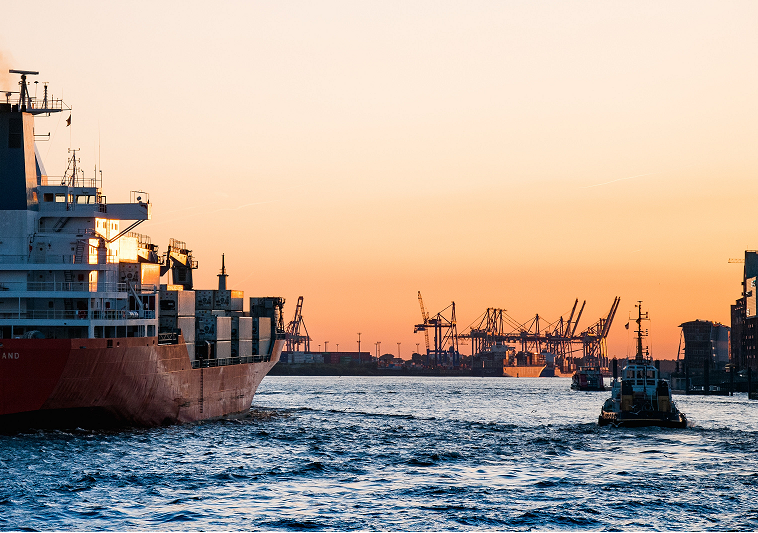 Emerging markets suffered a setback in the first half of 2018, precipitated by investor concerns over rising US interest rates, US dollar strengthening and rising trade tensions, particularly between the United States and China. However, we do not foresee a derailment in emerging–market fundamentals, which should continue to grow at a strong pace.

Historically, we have seen sharp market gyrations (typically downwards) in both EM equities and currencies ahead of tightening by the US Federal Reserve. However, during the actual implementation of previous US rate hikes, EM currencies have often appreciated, as have equities—illustrating that markets tend to price in a worst-case scenario prior to the event.

Although many EM companies hold US dollar-denominated debt, and a stronger US dollar could affect earnings, we do not believe that a stronger US dollar derails the EM story. It should also be noted that EMs generally have a higher proportion of local currency issuance, and that much of the US dollar-denominated debt is backed by US dollar-denominated revenues at the corporate or sovereign level. It is important to note that the effects today are likely different than previous episodes of dollar strength. Today, most EM currencies have floating foreign exchange regimes. Emerging markets, as a group, run a current account surplus, and the effect of a strong dollar will differ for countries depending on each nation’s economic structure and policies.

While trade tensions have prompted a cautious EM outlook over the short term, we believe intra-EM trade has become more important in recent years, and rising protectionism may further pivot focus towards greater regional agreements.

Despite the expected market volatility, we maintain a constructive view of emerging markets, supported by what we believe are attractive valuations, strong earnings growth potential and solid fundamentals. Emerging markets, as measured by the MSCI EM Index, had a forward price-to earnings ratio of 11.3x and price-to-book ratio of 1.7x, as of June 30, 2018.1 Emerging markets trade at a ~25% discount to developed markets (as represented by the MSCI World Index2) and remain attractive, in our opinion. 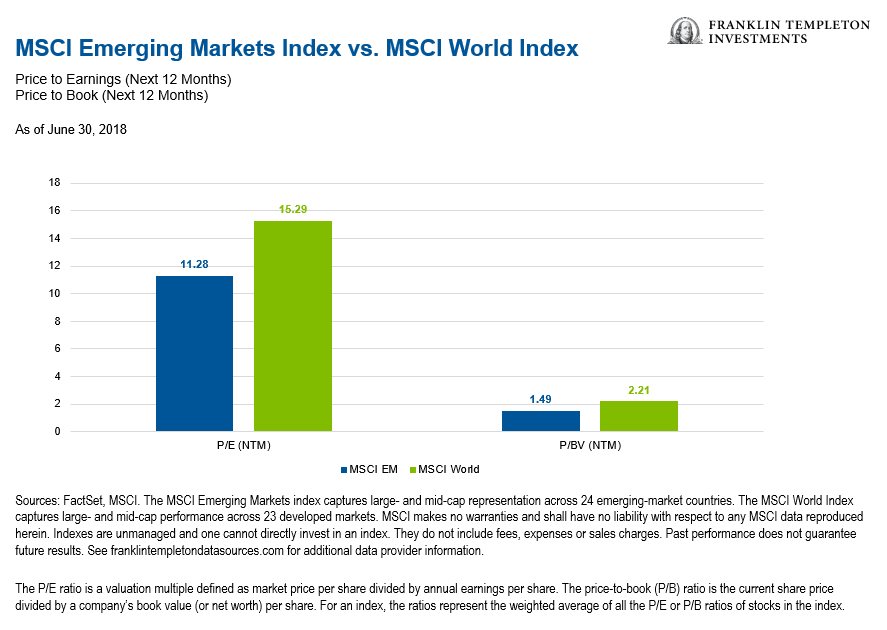 EM equities bore the brunt of mounting global trade tensions to finish the second quarter lower, while developed-market stocks eked out a modest gain. The EM pullback was compounded by local economic and political concerns as well as a stronger US dollar. The MSCI EM Index declined 7.9% over the quarter, compared with a 1.9% gain in the MSCI World Index, both in US dollars.

The Most Important Moves in Emerging Markets in the Quarter

1. Source: FactSet, as of June 30, 2018. The MSCI Emerging Markets Index captures large- and mid-cap representation across 24 emerging-market countries. Indexes are unmanaged and one cannot directly invest in them. Past performance is not an indicator or guarantee of future performance. MSCI makes no warranties and shall have no liability with respect to any MSCI data reproduced herein. No further redistribution or use is permitted. This report is not prepared or endorsed by MSCI. Important data provider notices and terms available at www.franklintempletondatasources.com.

2. Source: FactSet, as of June 30, 2018. The MSCI World Index captures large- and mid-cap performance across 23 developed markets. Indexes are unmanaged and one cannot directly invest in them. Past performance is not an indicator or guarantee of future performance. MSCI makes no warranties and shall have no liability with respect to any MSCI data reproduced herein. No further redistribution or use is permitted. This report is not prepared or endorsed by MSCI. Important data provider notices and terms available at www.franklintempletondatasources.com.