The victory of leftist candidate Andrés Manuel López Obrador in Mexico’s presidential election shows populism can come in a variety of forms. Franklin Templeton Emerging Markets Equity’s Gustavo Stenzel and Santiago Petri offer their thoughts on what’s next for Mexico and its new president. 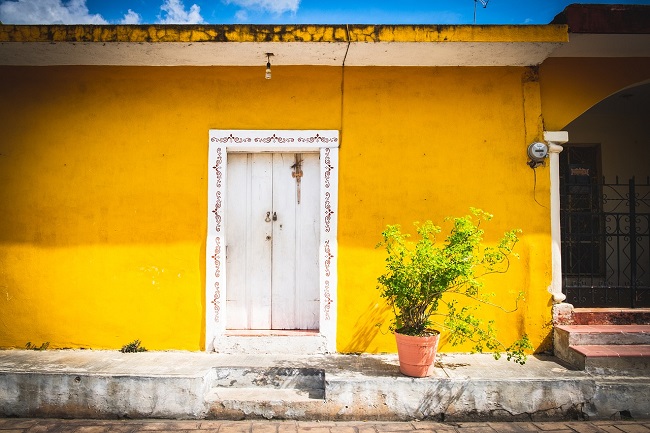 The left-wing coalition headed by Andrés Manuel López Obrador (known as AMLO) won by a landslide in Mexico’s general election on July 1, marking a dramatic change in the country’s political direction. He and his party overturned the (former) hegemonic Institutional Revolutionary Party (PRI), which presided over Mexico as a single party for more than 75 years.

During the campaign, AMLO vowed to transform many aspects of Mexican society, pledging to battle corruption and improve social welfare. While the people cheered AMLO’s stance on corruption—one of the main reasons the traditional ruling parties fared poorly in the election—the markets reacted cautiously to the results, with some investors fearing a less business-friendly administration.

In the first communication to the investment community, Carlos Urzua, who looks to become Mexico’s new finance minister, aimed to bring calm to the markets.

Urzua conveyed that the principles of AMLO’s administration would be responsible macroeconomics, fiscal and debt management, an independent central bank and free-floating of its currency. He also pledged to maintain democratic communication with all political parties represented in Congress and said transparency would be a distinctive feature of the new government.

We are not really surprised by the new administration’s attempts to calm the market’s anxiety towards what is the first full-fledged left-wing experiment in Mexico. However, at this time, we think it’s too soon to take a view on the approach the new government will take.

The new administration expects to generate 2% of gross domestic product (GDP) in savings through a policy that includes centralization of procurement. AMLO implemented a similar policy in Mexico City when he was mayor there.

Procurement represents government- and state-owned enterprise purchases of goods, services and works, and reform in this area could bring reductions in both costs and corruption.

One significant component of AMLO’s policies is transparency, and he expects to obtain fiscal savings from success at stamping out corruption.

Meanwhile, AMLO stated his three main social policies will be: a) doubling pension for the elderly; b) a scholarship program for the youth; and c) medicine and food packages for the poor.

While the future is still uncertain, AMLO seems likely to shake up the status quo. He has obtained a strong mandate to change things and seems committed to delivering on his promises.

While his platform is seen as populist, AMLO’s most recent pronouncements have seemed to be more open to free trade. So, overall, the markets may not have much to fear from the “populist” label when it comes to Mexico. We don’t expect a radical change in terms of Mexico’s fiscal position or central bank policy as a result of AMLO’s win.

Since the nationalization of hydrocarbon resources in 1938, the fate of the energy industry and the health of public sector finances have been closely interlinked. Pemex, the national oil company, transferred royalties and taxes to the federal government, which represented up to one third of the fiscal revenues by 2014. The government’s burden on the national oil company resulted in declining production. Pemex had to pay between 50% to 60% of its revenues in royalties and duties, compromising its cash generation, which resulted in increasing leverage to finance its required capital expenditures plan.

In order to rescue Mexico’s government and the oil and gas industry from its financial constraints, comprehensive energy reform was approved at the end of 2013, granting private investors access to the Mexican energy sector. The reform allowed for new contracting agreements, including profit-sharing, production-sharing and licenses that widened alternatives to previous restrictive service-only contracts. The reform enabled more independence for Pemex for strategic investments and capital expenditure plans.

AMLO’s victory brings plans to revise and possibly delay new offerings for oil and gas exploration acreage, combined with plans to expand refining capacity and develop domestic gas supplies. Some of these proposals could be justified by the fact that the United States threatens to compromise trade links with its partners in NAFTA, which could negatively impact the reliability of US energy supplies.

However, the president-elect should realize that his attempts to re-channel resources back to the national oil company would likely weaken his plans to repair income and social policies aimed at restoring income distribution.

The energy reform of 2013 has kick-started US$200 billion in new foreign investment in Mexico for new production. In the downstream, 30 new private operators are aiming to open more than 1,700 gas stations, enabling the development of a competitive retail market. The reforms have been embedded in the Mexican Constitution and supported by implementation laws passed by Congress.

In our view, AMLO should realize energy reform is an asset to the country and key to unleashing productive forces that will enable Mexico to restore production levels.

The latest economic indicators have, overall, reflected solid momentum for the Mexican economy. In June, the Consumer Confidence Index reached its highest level in six months, climbing to 88.0. It was the eleventh consecutive annual increase. High consumer confidence, combined with a gradual disinflation process, a healthy labor market and credit availability, should help support good levels of private consumption this year. The positive state of the economy signals to us that the outcome of the election was not influenced by the economic cycle—which has been benign—but rather with demands placed on the control of crime and corruption.

If the new administration can deliver on its promises, while simultaneously preserving solid economic fundamentals, we are optimistic we could see healthy GDP growth in Mexico this year and in 2019.