For nearly two years, frontier market Romania has been on index provider FTSE’s watch list for a possible upgrade to emerging-market status. However, some issues remain over the market’s attractiveness for foreign investors. Johan Meyer, senior vice president and CEO of Franklin Templeton Investment Management Ltd UK, Bucharest Branch, shares what he thinks it could take for Romania to make the cut.

In recent years, Romania’s economy has been one of the fastest growing in Europe, with strong domestic consumption, low unemployment and fiscal stimulus acting as drivers.

Its economic progress has helped spur a burgeoning middle class, with increased consumer demand not only for goods but also health care, technology and financial services.

According to the index provider, Romania meets eight out of nine of its “Quality of Markets” criteria. The main hurdle Romania has to clear before joining the ranks of emerging markets is an improvement in the liquidity of stocks listed on the Bucharest Stock Exchange (BVB).1

It is unlikely for this to happen before the next FTSE classification review, due in September 2018. However, we think more initial public offerings (IPOs) could offer a solution to Romania’s liquidity challenge. Large listings—namely privatizations of state-owned enterprises—should help drive investment flows to the overall market. A larger number of sizable companies could improve the visibility of the BVB among investors, and may lead to higher multiples being paid for the shares of these companies, provided that the interest of minority shareholders are safeguarded through the implementation of corporate governance standards in line with international best practice.

Even though Romania’s GDP growth is projected to slow down in 2018 to 4.1%, according to the European Commission forecast, growth is still projected8 to outpace many of its regional neighbors. This is one reason we believe this frontier market’s future remains promising,9 as long as Romania stays firmly committed to the values of the EU: rule of law and free-market principles.

Several factors have contributed to Romania’s growth in recent years, including the elimination of several taxes, a reduction in the value-added tax rate and higher consumption driven by record low unemployment, as well as an increase in general salary levels and pensions. However, the latter’s benefits are already beginning to fade, while putting pressure on the state budget. Inflation has been steadily rising since the beginning of 2018, reaching a current level of 4.9%, but it is expected to moderate in Q4 2018.10

Romania has generally seen lower tax revenue than its regional peers in recent years, so there is scope for continued improvement and reform in this area, including collections, which could improve its fiscal standing.

Meanwhile, economic fundamentals currently appear strong. Romania’s unemployment rate hit a 25-year low this year and stood at 4.6% in May.11 Interest rates have edged up this year but also remain low, with the central bank’s benchmark interest rate currently at 2.5%. The level of the country’s public debt, 34.4% of GDP,12 is among the lowest among EU countries.

More recently, however, Romania has experienced higher political volatility, reflected in numerous government reshuffles and legislative changes taking place at an alarming rate, addressing crime, the economy and fiscal issues. These developments raise question marks among investors and international institutions, for which a stable and predictable legal framework is crucial.

Also, as FTSE has noted, liquidity levels on its national bourse remain a concern.

While there currently are 87 companies listed on the BVB, the MSCI Romania Index currently houses just five constituents.13 Listings in Romania has been slower than some other countries in Eastern Europe but in 2017 there were four new listings of private companies on the BVB, including the largest IPO of a private company in its history.14

And, while private IPOs alone cannot support Romania’s emerging-market pursuit, we believe the IPOs of larger state-owned enterprises could bolster its chances of being upgraded.

However, the process of listing stakes of state-owned enterprises has been put on hold for more than four years—in our view, resuming this process is critical for the future development of the Romanian capital market.

Equally essential is maintaining and properly implementing the current legislation on corporate governance, especially for state-owned enterprises. Improved corporate governance could also provide the Romanian government with cash for other investment projects, such as tackling the country’s infrastructure deficit.

From our on-the-ground experience, we think improved corporate governance could also raise the profile of the BVB for foreign investors. In our view, a stable, predictable and transparent regulatory framework is critical for fostering and promoting investor interest in Romania. At a moment when the economy is slowing down, we believe the country’s credibility among investors and international financial institutions should be a priority for the political leadership.

3. There is no assurance that any projection, estimate or forecast will be realized.

5. Source: National Bank of Romania inflation forecast, data as of May 2018.

6. Source: Romania National Institute of Statistics, data as of May 2018.

8. Sources: Bucharest Stock Exchange, MSCI, as of July 2018. The MSCI Romania Index measures the performance of the large- and mid-cap segments of the Romanian equity market. Indexes are unmanaged and one cannot directly invest in them. They do not include fees, expenses or sales charges. 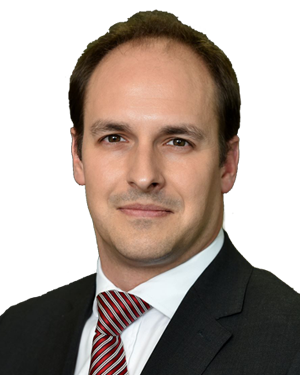