A new historic agreement to replace the North American Free Trade Agreement (NAFTA) was recently struck between the United States, Mexico and Canada. Some are calling it “the new NAFTA” or “NAFTA 2.0” but the new deal is officially called the United States-Mexico-Canada agreement, or USMCA, in the United States. In Mexico, the Spanish translation has yet to be determined. The change of name is mainly due to Donald Trump’s insistence that it be a new deal, as in his election campaign he promised to abolish “the worst trade deal the US had ever made.” Timothy Heyman, Ramsé Gutiérrez and Jorge Marmolejo of Franklin Local Asset Management Mexico, Fixed Income, answer some questions about the implications of the new agreement for the country. 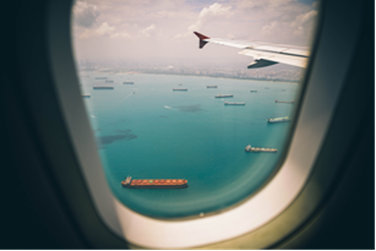 This post is also available in: French, German, Spanish

Q: How much of a surprise was the news of the US-Mexico-Canada deal?

A: It was hoped that a new deal would eventually emerge as the North America economic zone is too important in terms of the global economy (representing 28% of global GDP1) and also geopolitically for the United States. However, it was a surprise that the revised September 30 deadline to renegotiate NAFTA was met in the 48 hours of the weekend September 29-30. Canadian Prime Minister Justin Trudeau had stated that Canada “would take as long as necessary in a bid to negotiate a new NAFTA deal,” which, together with his known mutual antipathy with Trump manifested in the G20 meeting in Canada, lowered the probability of it happening by then.

Meanwhile, it should be understood that the deal has only been approved by the executive branches of each government and must be approved by the legislature in each country. It seems likely that the Mexican and Canadian legislatures will approve the deal. However, there is a residual risk that, if the Democrats were to win a majority in either the House of Representatives or Senate (or both) in the November US mid-term elections, they could oppose the deal, with the possibility that the desire for political vengeance against Trump outweigh the obvious economic advantages of the arrangement, especially as the US seems to have scored some points in the renegotiation.

Q: What, in your view, are the potential investment implications for Mexico of the new deal?

A:  Since Trump was elected in November 2016, Mexican investments have been more volatile due to the possible end of NAFTA, which he had threatened during the campaign. NAFTA transformed the Mexican economy, resulting in an increase in annual average foreign investment in Mexico from US$4 billion per year up to 1993 to US$20 billion in subsequent years since NAFTA’s implementation on January 1, 1994.2

The Mexican peso has been the most affected asset, reaching an intraday low of 22 MXN/US$ after Trump’s victory. Since hitting that low level, the peso has strengthened, reaching a high of 18.5/US$ just after the deal was announced. This has made it one of the best-performing currencies against the US dollar in 2018, as it began the year at a level of 19.66/US$.3

The asset class most directly related to NAFTA is Mexican REITs (Fibras in Spanish), because many important REITs hold industrial property with tenants closely linked to the supply and logistics chain between Mexico, the United States and Canada, related most notably to the auto industry. It is significant that so far this year, Fibras have outperformed stocks.

Assuming the deal is ratified, probably some date during 2019, we think the investment implications for Mexico are generally positive, as it implies a continuation of the stable conditions of economic integration that have underpinned Mexico’s economic, industrial and commercial progress over the last 24 years. In addition, after 24 years, NAFTA has been modernized and adjusted to changing circumstances, with new sections that were not included in the original treaty spanning: energy, e-commerce, corruption, environment and labor, although some critics complain that the modernization did not go far enough.

For specific investments, in our view, this would mean a stronger peso, which has been chronically weak since the Trump election. While the full details of the agreement have not yet become available, we would assume that Mexico’s industrial, financial and commercial sectors should be beneficiaries, with REITs, for the reasons mentioned above, standing out.

The political aspects should also not be ignored. With its first openly socialist government since World War II, which also has majorities in Mexico’s House and Senate and at state level, the legal, economic, and financial framework provided by USMCA could provide an institutional counterweight to the new government, offering more confidence to investors.

Q: From what you’ve read so far, are there any aspects the media may have missed about this deal that you think investors should be aware of?

A: What has been missed by the foreign media, as far as we can tell, is that, now that the risk of NAFTA has been (most probably) eliminated, focus has now switched to what are considered by many Mexicans to be the potential risks of the incoming administration.

Q: Have the risks to the economic (or political) outlook tilted more positively after this news?

A: In general, yes, for all the reasons mentioned above: stability and continuity. It is possible that the three USMCA countries will adjust over time to the new rules, and that the damaging steel and aluminum tariffs will be reduced over the short term.

However, it is significant that, 10 days after the deal was announced, the peso and the stock market have actually weakened. Some of this weakness may be due to global factors as well, especially if we take into account that we seem to be at the end of the global economic cycle, with the emerging-market selloff reflecting a normal part of the cyclical sequence. The canary in the mine, if you wish.

Coming back to Mexico, during the transition period, while most members of the incoming government have expressed themselves generally in favor of USMCA, there have been mixed signals in various aspects:

Q: The US Federal Reserve (Fed) raised interest rates for the third time this year in September, and one more rate hike is anticipated this year. In your view, can Mexico and emerging markets in general weather rising US interest rates?

A: In recent years, interest rates in Mexico have risen faster than in the United States due in part to NAFTA uncertainty, especially to retain foreign financial investment in Mexican government debt, where it reached a maximum level of 38% of the total. It has more recently fallen to 31%.

Mexico’s benchmark short-term rate increased from 3% to 7.75%, while the Fed’s benchmark rate increased from 0.25 to 2.25% (see charts below). It is possible that with NAFTA uncertainty reduced, Mexico’s central bank may not see the need to raise rates, even if the Fed keeps tightening. However, if another emerging market has a crisis, Mexico may be affected by short-term contagion. More importantly, much depends on the resolution of the conflict between the technocrats and extremists in the new government, and the resulting competence and coherence of its economic policies. 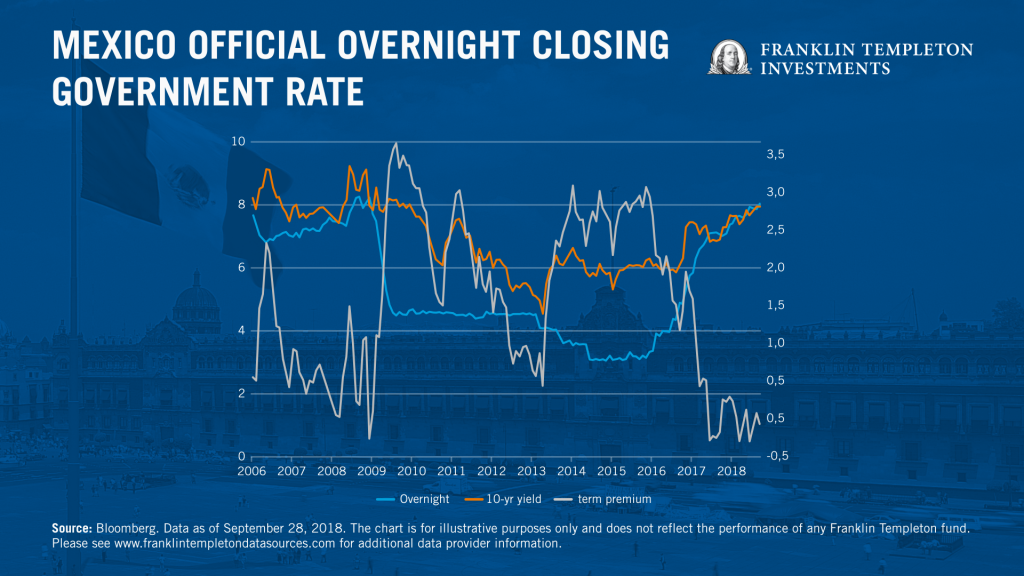 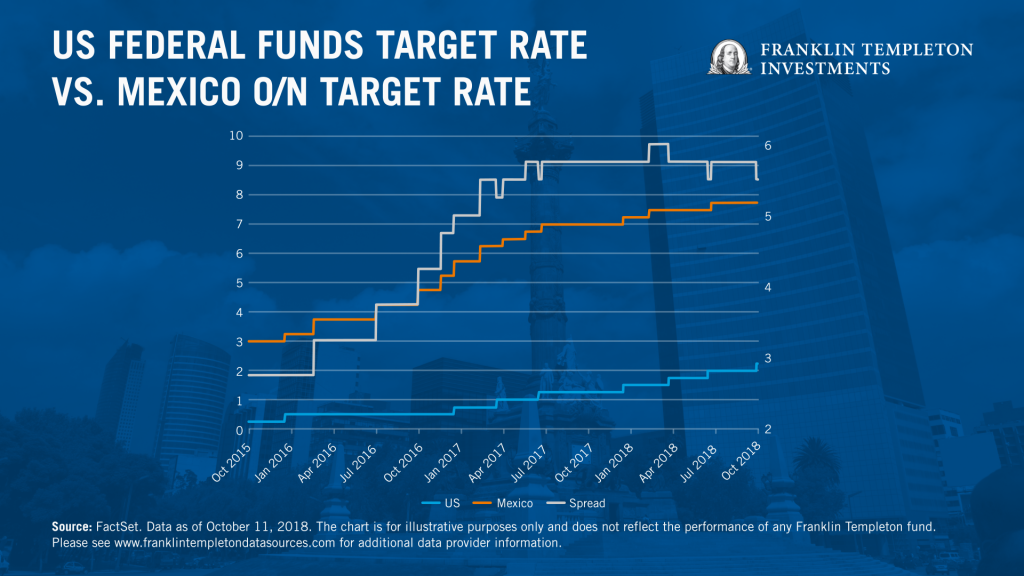 3. Past performance is not an indicator or guarantee of future results.