Jair Bolsonaro emerged victorious in Brazil’s presidential election, an outcome that markets had largely priced in, according to Frederico Sampaio, chief investment officer, Franklin Templeton Emerging Markets Equity Brazil. He says Bolsonaro now has his work cut out for him in addressing an economic recession, closing a fiscal deficit and stamping out corruption. 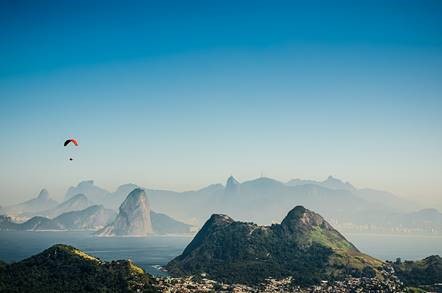 The Brazilian stock market’s rise after the first-round election results—even in the middle of a profit-taking environment in the US markets—reflected investors’ optimism about a more market-friendly policy approach should Jair Bolsonaro be elected as president.

Now confirmed as the winner, Bolsonaro faces the task of turning Brazil’s economy around and restoring confidence. Apparently, voters felt it was time for a dramatic change.

To voters, Bolsonaro’s rival, Fernando Haddad, ultimately represented a continuation of prior policies that led to mismanagement of the economy, including a large fiscal deficit. While Haddad’s Workers Party was linked to corruption scandals, Bolsonaro grew in popularity in part as a result of his anticorruption rhetoric.

The Brazilian people have expressed their wishes for change and reform by choosing Bolsonaro, whose Social Liberal Party was largely unknown before.

Bolsonaro gained some additional credence with his pick for finance minister, renowned liberal economist Paulo Guedes, who is a graduate of the University of Chicago. Guedes’ speeches have been in line with a more pro-business, market-friendly approach. He has spoken about the need to privatize, aggressively reduce the fiscal deficit and improve efficiency of the economy.

That type of messaging is what the market wanted to hear, and Brazil’s equity benchmark, the Ibovespa, began to rally when the polls started to indicate Bolsonaro was ahead.

Looking forward, we think the local scenario should be extremely positive for earnings growth and for the Brazilian equity market generally. The new composition of Brazil’s Congress—with conservative members gaining representation—should provide him a reasonable base to secure approval of the measures he pledged, including privatizations and reforms.

Now that the political uncertainty is settling, we think the risk of a U-turn in the actual conservative economic policy represented by the Workers Party, which had dominated Brazilian politics for many years, will be removed. We think there should be a more positive climate where consumer and business confidence can pick up again and lead to an acceleration in domestic economic activity.

The local market is trading at what we view as reasonable price-earnings levels and should have more scope for improvement as the economic situation improves, though much of the positive news has been priced in. After a recession which saw Brazil’s gross domestic product (GDP) growth decline more than 3% in 2015 as well as in 2016, we think there is a large margin of spare capacity to accelerate growth without inflationary pressures.

When confidence is restored, we think there is a lot of room for upward GDP growth.

We see pension reform as the biggest challenge or economic worry for investors. Brazil has one of the most generous pension systems in the world, particularly for public employees, who can retire below the age of 60 and can collect nearly their end-of-career full salary. Outgoing President Michel Temer tried to pass reform, but didn’t have the ideal political conditions to do so.

Wages and pensions account for a large part of government spending, and pensions are adjusted by the minimum wage, leading to an increasing spending as a percentage of the country’s GDP. So, the reality is that the retirement age probably has to be increased and the generous public employees’ conditions should be revised.

The market expects pension reform to pass under the next president. Bolsonaro has talked about this, but as they say, the devil is in the details, and for now, we don’t have many. The good news is that the elections saw a larger contingency of his supporters represented both in governorships and in Congress, so he should have the ability to gain support to make changes. Brazil’s parliament will now be more conservative than the prior one, which should help reforms pass, including more privatizations. Maybe not the state-owned oil company, Petrobras, but other smaller companies will likely be targets.

And as noted, Guedes has championed fighting the deficit, improving the efficiency of the state-owned companies and lowering corporate taxes.

While the media has portrayed Bolsonaro as an extreme right-wing candidate because of some of his social policies, the left-wing Workers Party, which dominated Brazilian politics, was more aligned with dictatorships in Latin America, a policy dubbed “South-South Cooperation.” That policy didn’t prove fruitful for Brazil.

I’m optimistic about Brazil’s prospects considering the state of the economy and the market, but we shall have to wait and see whether Bolsonaro’s campaign promises actually become policy. He has not historically voted for conservative economic measures during his terms as congressman and hasn’t been tested yet, so there is still some uncertainty. But in our view, Brazil has a lot of upside potential.

We will probably see a bit of a honeymoon phase until the end of the year as Bolsonaro lays out his plans and makes appointments. Next year, it’s all about implementation, and we’ll be watching. 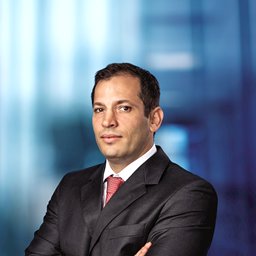