On February 5, 2019, the Chinese New Year ushers in the Year of the Pig. Traditionally, the pig is the last animal represented in the 12-year Chinese astrological cycle.

Franklin Templeton Emerging Market Equity’s Chetan Sehgal and Andrew Ness consider how the characteristics of the Chinese zodiac’s pig might relate to some of the themes on emerging market investors’ minds in 2019.

This post is also available in: Chinese (Simplified), German, Italian

End of the Astrological Cycle, Not the Economic Cycle

The Year of the Pig is traditionally the last in the Chinese astrological cycle. Its arrival in 2019 coincides with concern among some observers that the current global economic cycle is coming to an end.

That’s not our interpretation. Notwithstanding some signs of slower global growth, notably from China, we think the current cycle may have more room to run.

Origin of the Chinese Zodiac

The Chinese Zodiac is a cycle that lasts 12 years, with one of 12 animals representing each year.

Legend has it that the Jade Emperor decided to have a grand race, and all the animals in the kingdom were invited. A dozen animals arrived, including the rat, ox, tiger, rabbit, dragon, snake, horse, goat, monkey, rooster, dog and pig. The Jade Emperor rewarded each animal by naming a year on the Chinese Zodiac calendar after them, arranged according to their order of arrival.

After years of heady growth, China now faces a mix of challenges that threaten to curb its momentum as trade tensions collide with China’s efforts to restructure its economy. Amid slowing growth, we think there could be greater dispersion in corporate earnings that will ultimately sift out the winners from the losers in all markets.

Our near-term outlook is cautious. We don’t foresee a hard landing as we think China’s state-directed system offers a measure of confidence in its ability to execute policies. So far, we think China has been able to balance economic growth with structural reforms.

The Pig as a Symbol of Wealth

The expansion of the middle classes has been probably the most influential demographic change in emerging markets in recent years and has underpinned much of the growth in those economies. In 2019, we expect growing domestic consumer demand to be a contributing factor to emerging markets’ resilience in the face of external headwinds.

Growing middle-class populations and increasing affluence should continue to drive “premiumization” in the medium to long term, spurring demand for high-end products in emerging markets. That is, we believe companies with strong premium-brand positioning and superior products should see sustainable and higher-than-average industry growth levels in the years to come.

Especially impressive is a new generation of mega companies that have found success through consumer-focused innovation. They are keenly attuned to the needs of a rising middle class that is eager to spend, and they are devoting their know-how to fulfil these needs. Hyper-competitive companies have leapfrogged established business models, in many cases overtaking their Western peers. 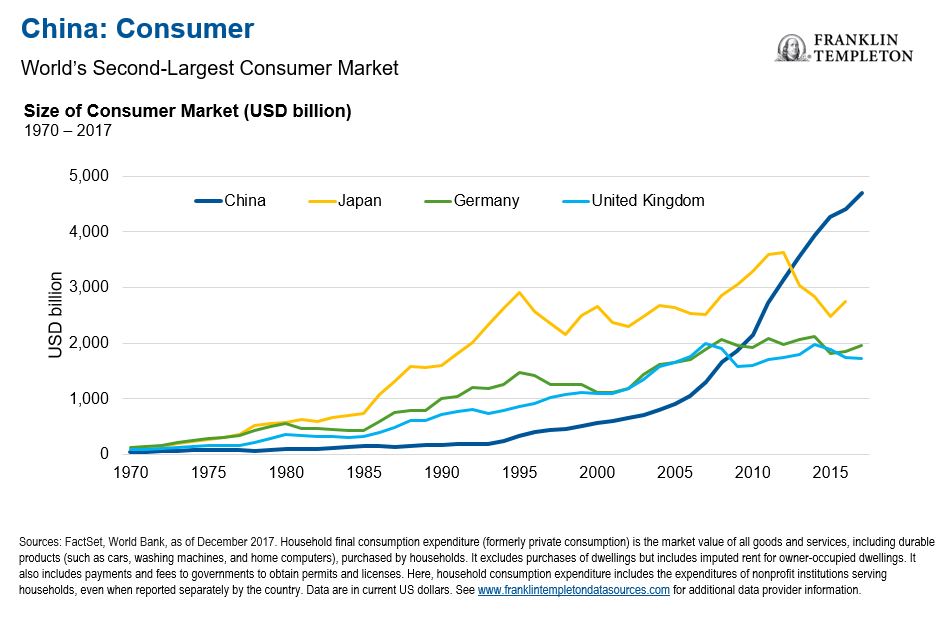 Some earlier readings of the Chinese Zodiac origin story blame the pig’s late place in the astrological cycle on its laziness. Today, Chinese astrologers tend to emphasize the pig’s industriousness.

As we survey the investment landscape at the beginning of the Year of the Pig, the growing industriousness of emerging market companies stands out strongly.

Emerging-market companies have emerged as innovators in technology. In many cases, new technologies have higher adoption rates in emerging markets as no existing infrastructure is in place.

Across various industries, China has become the innovator to watch. For instance, rapid improvements in lithium-ion battery production have helped turn the country into the world’s largest electric vehicle market. 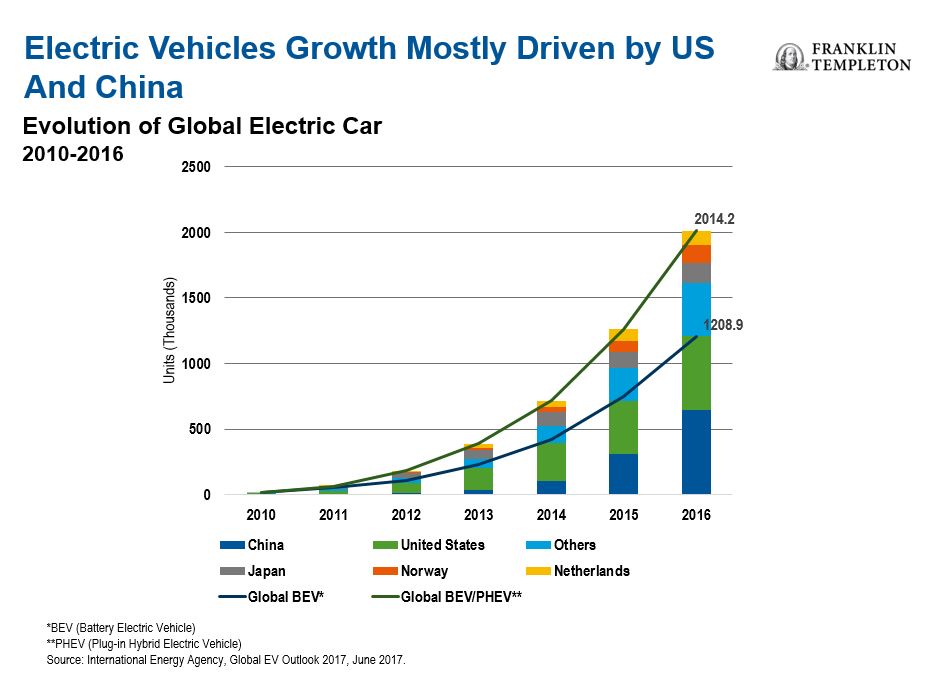 China’s progress in the automobile industry is in part due to the government’s drive to promote the country as the world leader in green energy. In 2017, the Chinese government pledged to invest US$360 billion in renewable energy by 2020 while scrapping plans to build coal-fired power plants.

Since then, Chinese authorities have already exceeded official targets for clean energy sources. In our view, the country’s focus on tackling pollution, by creating the next generation of smart cars, also plays into China’s broader strategy in becoming a leader in innovation.

In China’s pharmaceutical industry, government policies favoring the development of novel drugs over generics have encouraged local companies to scale up research and development expenditures. This could sow the seed for a pipeline of groundbreaking treatments from Chinese drug makers.

Such companies have become emblems of China’s “new economy,” which centers on technology and consumption. We view China’s consumer market as a force to be reckoned with. It has become the second largest in the world after a breakneck pace of growth in the past 20 years, and we believe the uptrend can continue.

We think China’s longer-term prospects will hinge greatly on how well it handles its challenges. There are also broader systemic tensions it needs to confront. If China’s rebalancing efforts result in an economy that is sturdier and more sustainable, in our view, it would almost certainly continue to be a structural growth driver for emerging markets in the decades to come. We are watching developments closely.