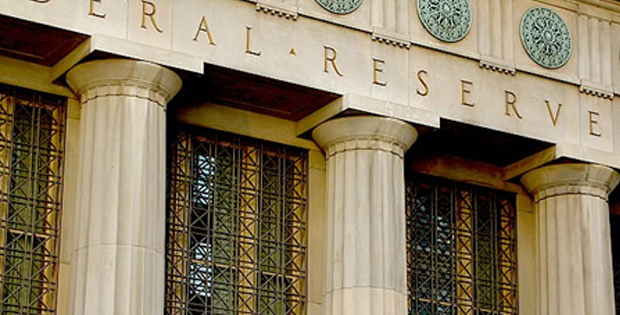 This spring my travels have taken me to Europe, where I’ve had the pleasure of speaking with colleagues, clients and companies in the region that are on our team’s radar. I’ll be back in London for Franklin Templeton’s 2015 London Investment Conference, which has the theme: “Investing for What’s Next™: A Roadmap for Active Investors.” Certainly, the value of active management is one we champion at Franklin Templeton, and we in the Templeton Emerging Markets Group are quite active in our travels around the world searching for potential investment opportunities. At the conference, I’ll be sharing some key themes I see shaping emerging markets today, but here’s a sneak peak.

This year, you might title the theme song of the global markets: “All About Those [Central] Banks,” as monetary policy divergences have kept investors on alert and has heightened market volatility. A secondary theme might be “All About Those [Oil] Barrels” as market watchers ponder the potential impact of a prolonged slump in oil prices on various economies or a pickup in prices.

While performance in individual markets has varied, emerging markets in general outpaced developed markets in the first four months of this year,1 as it appeared that the US Federal Reserve (Fed) was not in a rush to raise interest rates and the impact of lower oil prices was seen as generally positive for the largest emerging market economies, China and India. Lower oil prices have also helped spur reform efforts in some emerging markets, including the removal of subsidies. The markets are anticipating the Fed will begin raising interest rates sometime later this year but the majority of other global central banks remain in an easing mode, including the People’s Bank of China, Bank of Japan and the European Central Bank via massive quantitative easing (QE) programs.

Certainly, reviving inflation and economic growth in Europe through QE is a topic du jour among European investors. However, from my perspective, banks are just not lending enough (as you can see in the eurozone loan-to-deposit ratio chart below), and people are not spending enough. In my view, there is money still waiting to be invested around the globe, money which could continue to fuel global equity markets—even as the Fed is expected to start to raise interest rates in the United States.

No Rush for Rate Hikes

It’s our view that a lot of the modern technological tools we have readily embraced (mobile phone apps, e-commerce sites, etc.) have increased competition and pricing pressure, keeping inflation at bay in many areas of the economy. It’s difficult for a central bank (for example the US Fed) to justify raising interest rates when economic growth is not overheating, and there is no sign of inflation. I can’t predict when the Fed will start raising rates, but it seems likely the US central bank isn’t in a rush to act in an aggressive manner, and any rate increases will likely be gradual and measured. Without a major inflationary threat, I don’t think the Fed would want the US dollar to get too strong, as it could negatively impact export-oriented companies—something we’ve already seen evidence of during the latest US corporate earnings season. Nonetheless, the markets will likely react when the Fed does act, so we are remaining cautious, and planning for some volatility ahead.

Moving into the second quarter of 2015 and beyond, we believe a complex global background appears broadly favorable for emerging markets. Developed markets offer a contrast between the solid growth trends seen in the United States, and the ongoing efforts in both Europe and Japan to animate sluggish economies through aggressive QE and depreciating currencies.

Within emerging markets themselves, still-solid economic growth trends, widespread reform measures and benefits from lower oil prices are all providing tailwinds to equity markets, in addition to the ongoing boosts from demographic influences, technology transfer and generally low debt levels. In our view, the direction of policy across most of Asia appears strongly favorable for economic growth.

The Chinese authorities are continuing the major program of reforms laid out in late 2013. In India, Prime Minister Narendra Modi is starting to introduce ambitious reform measures in line with his pre-election promises. Positive structural changes are under way in many other markets across the region, while free trade initiatives, most notably the planned ASEAN Economic Community and Trans-Pacific Partnership, could provide a further boost to growth.

In Latin America, Brazil’s difficult current situation could be sowing the seeds of recovery with currency devaluation boosting competitiveness, while moves to root out corruption could lead to improved economic and corporate governance over time. Reform measures in Mexico and elsewhere could also begin to support market performance. Central European emerging markets and Turkey could benefit from economic recovery in the eurozone, which could also ease economic pressures on Greece. Meanwhile, a lessening in tensions over Ukraine could allow investor attention to focus on the attractive assets and low valuations available in the Russian market.

Emerging and frontier market countries contain some of the most vibrant and fastest-growing economies in the world. While there has been some discussion about a decline in foreign exchange reserves, I believe they remain in a healthy state. Debt ratings are also improving as more upgrades have occurred in emerging market economies than in developed ones.2

Additionally, the interest rate climate for investors is appealing in emerging markets, many of which are taking advantage of lower energy prices to reform their economies, including the aforementioned removal of subsidies. Of course, the impact of oil prices will hurt some economies and help others, as some are net importers and some net exporters. Examining the demand for oil globally, we don’t believe the price of oil will stay at overly depressed levels for long.

While volatility can cause many investors distress, we see it as opportunity to pick up shares of what we see as good-quality companies at attractive prices. In our view, stocks in many emerging markets are undervalued now (based on price-earnings and price-book values,3 and we believe there is still money in motion as central banks globally expand their balance sheets.

Additionally, the market for initial public offerings (IPOs) and secondary issues has been healthy in emerging markets and expanding potential opportunities; more than 30% of all IPOs globally in the past 10 years have been in emerging markets.4 Of course, there are always going to be challenges. And at times, it can be quite difficult to withstand periods of uncertainty. But as Sir John Templeton once said: “Successful investing is not an easy job. It requires an open mind, continuous study and critical judgment.”

1. Source: MSCI Emerging Markets Index, MSCI World Index, YTD through April 2015. Indexes are unmanaged and one cannot directly invest in an index. Past performance does not guarantee future results.

2. Source: S&P, Moody’s, Bloomberg. Most recent data available, as of 10/31/13. Emerging markets as represented by MSCI Emerging Markets Index; Developed Markets as represented by the MSCI World Index. Indexes are unmanaged and one cannot directly invest in an index. See www.franklintempletondatasources.com for additional data provider information.